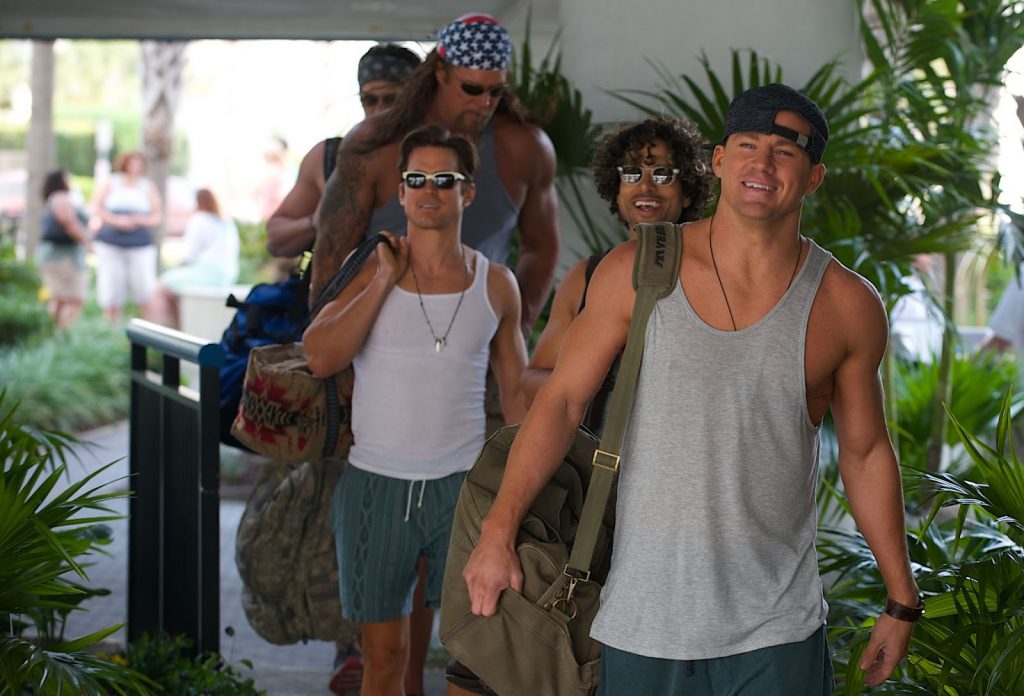 Channing Tatum and co. are back for Magic Mike XXL, this time without Matthew McConaughey and previous director Steven Soderbergh (who takes an executive producer credit here). Proceedings feel slightly smaller-scale despite the XXL tag, yet returning screenwriter Reid Carolin brings some renewed fun and freshness to the fold.

After leaving the world of stripping three years prior, Mike (Tatum) has now set up his own small furniture company, but is soon tempted back into the game by buddies Big Dick Richie (Joe Manganiello) and Ken (Matt Bomer). The group hit the road to Myrtle Beach for one last blow out performance at the annual Stripper’s Convention.

Screenwriter Carolin deviates from the structure of XXL’s predecessor by crafting this more like a loose road movie that sees our protagonists stopping at several locations with vague motives. The result is an often unshapely piece that lacks the straight-forward cohesion of the first, whilst also suffering in terms of character development. There is a half-hearted romance brewing – featuring Amber Heard’s indie photographer, Zoe, and Mike – which feels more shoehorned in than any of the more convincing ones in the original film, whilst most of the focus is spent on expanded supporting characters Ken, Big Dick, Tobias (Adam Rodriguez) and Tarzan (Kevin Nash).

Despite this scattershot narrative does provide several moments of good humour and standout scenes. Highlights see the group on an ecstasy high egging on Manganiello’s Big Dick to get a miserable cashier to break a smile – the result is a hilarious sexually-charged dance set to The Backstreet Boys’ ‘I Want It That Way’. Mike rekindling his love for stripping in a gyrating welding scene, and a visit to Jada Pinkett Smith’s Rome’s elegant strip-joint add some further sexually-charged entertainment (which surprisingly feels more sparse here). There is also entertainment to be found in a visit to Andie Macdowell’s vampy Southern matriarch’s house, where the boys party with some elegant cougars. There is an undeniable clunkiness in the build up to Stripper’s Convention in Carolin’s narrative, and whilst there is fun to be had, we don’t get any further sense of depth regarding these characters – particularly the supporting ones, despite their increase in screen-time. 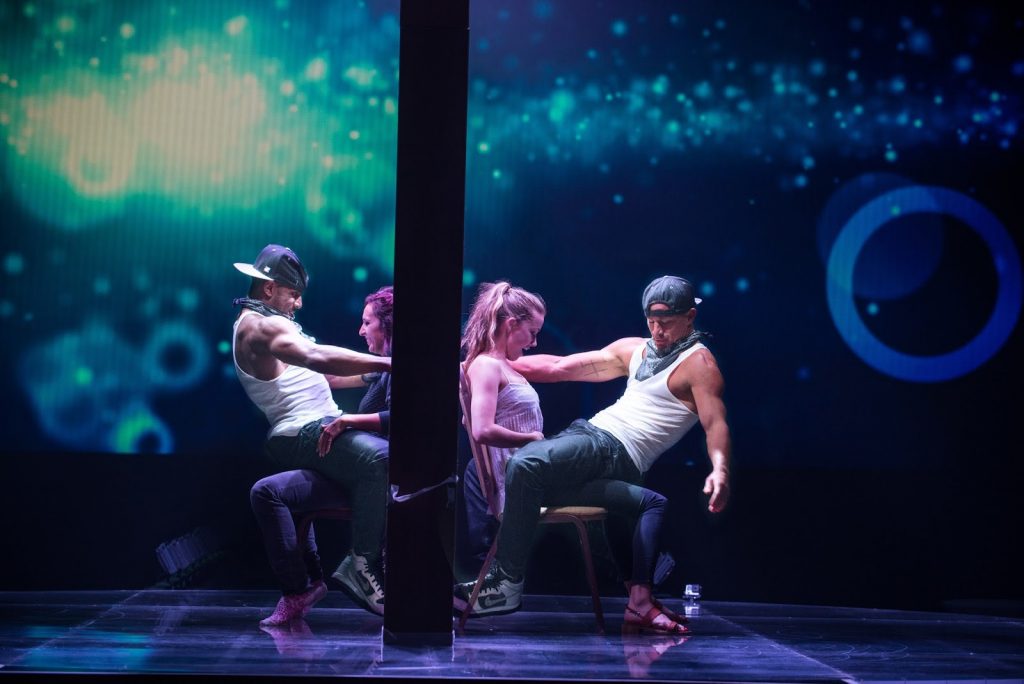 Director Gregory Jacobs also tones XXL down in terms of content. There’s less focus on the stripping here, and more on buoyant humour – with the only major stripping sequence from the original characters coming in the final act. Whilst there’s an allure in the performers, the stripping scenes feel less ambitious and more reserved than those from the first film. XXL also lacks a group routine, instead favouring solo spots for each of the Kings of Tampa – perhaps one of the reasons this feels more small-scale.

The real weight behind XXL is Channing Tatum, who is an incredibly smart performer. The actor has a vibrant energy, natural charm and likeable humour – therefore no matter how unwieldy this sequel gets, Tatum’s (or should I say Clittoria Labia’s) performance holds it together. Manganiello and Bomer get the chance to showcase the comedic chops behind the abs, yet little additional depth. There’s a welcome female-centric dynamic from an excellent Pinkett Smith, Macdowell, and Heard – albeit in dramatically light roles.

Never quite as well-constructed or titillating as Soderbergh’s Magic Mike, XXL is still an admirable follow-up that puts the emphasis on fun – albeit sacrificing structure and characterisation in doing so. Fortunately, Tatum’s engaging central performance makes this a tremendously worthwhile experience.