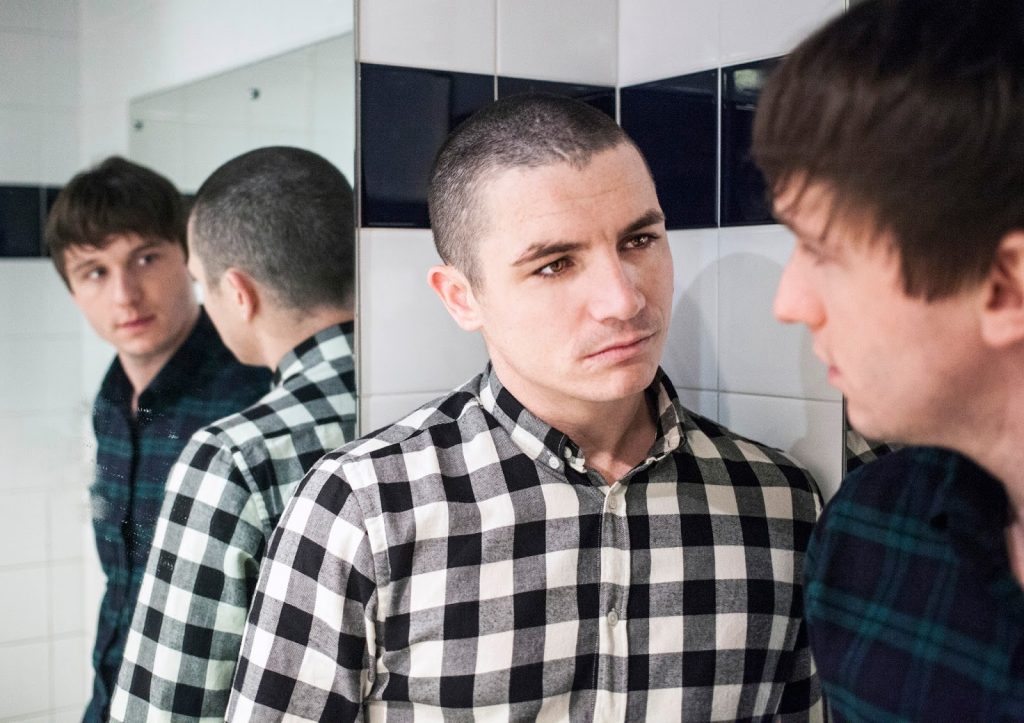 It’s hard to believe that we’ve reached the thirteenth entry in Peccadillo Pictures’ long-running Boys on Film series of gay-themed short films. The latest set, dubbed Trick and Treat, boasts another collection of ten eclectic shorts from the UK, Canada, Sweden, Australia, The Netherlands and the USA. As with all anthology projects quality varies, but for the most part these are a punchy and well-selected bunch which engagingly tackle a diverse range of themes.

Opening with Leslie Bumgarner’s subversive-short, Surprise (USA), the compilation gets off to a winning start. This sees a teenager met with a surprising revelation about his mother. Captured with a warm-hearted and gently comic atmosphere, Surprise may appear to be going down a certain narrative route in its early scenes, yet completely flips our expectations in its big plot reveal. Bumgarner captures the hazy tranquillity of American suburbia in her visual style, which makes a fascinating canvas for this tale of familial secrets to be explored.

Anna Nolskog’s Boygame (Sweden) follows and explores the friendship between two straight teens in pursuit of girlfriends. Thrown off by their lack of experience, the pair decide to experiment together despite the lack of attraction between them. Nolskog provides an interesting and amusing look at how perception of sex (particularly same-sex behaviour) has changed over time – with the pair’s friendship only strengthened by their shared experiences.

We travel to The Netherlands next for Lazlo and Dylan Tonk’s Caged which glimpses at homophobic bullying in a group of young-adults. Shot with a naturalistic gaze, the Tonks provide an impressive amount of emotional depth given the shorts’ thirteen minute run-time – as we see conflicted feelings at play in one of the closeted bullies.

Dan Connolly’s short Vis-a-Vis (Australia) will perhaps be one of the most divisive in the set in its look at Paul, a Brit, and his Aussie friend, Ricky, who pose as a couple to fool a VISA inspector. The short plays with outdated gay stereotypes (“We met at Poof Palace”) a little too heavily, despite the occasional laugh it’s one of the weakest moments of the collection.

Subsequent short film, Followers (Aus/UK) from Tim Marshall, is one of the strongest moments of the thirteenth collection. This sees a devoutly religious elderly British woman see the face of Jesus in the crotch of her swimming partner – resulting in an unlikely bond forming between the pair. This friendship is threatened by growing discomfort, with Followers taking a darker unsettling voyeuristic tone in its exploration of homosexuality and religious identity in the British middle class.

Canadian short Kissing Drew lightens the tone slightly in this nineties set tale of a school student facing a crush on his bully. Philip J. Connell’s segment explores the closeness between love and hate on a backdrop of high school life and teen sexuality. Connell finds intrigue in the bully character and the motivations behind his cruelty provide some food for thought, whilst there are some playful dream sequences which subvert the bully-victim dynamic.

The shining moment of Trick and Treat is however, Casper Andreas’s poignant Swedish short, A Last Farewell. This twelve minute piece sees a daughter visit her angry her father – who is revealed to be grieving his late husband – captured in an imagined dialogue between he and his lost spouse. This sombre short is spurred by touching performances from Tomas von Brömssen and Iwar Wiklander who inject a stunning pathos into this highly emotive tale of moving on from loss.

Brief Scottish short Middle Man from Charlie Francis follows. This takes place in the offices of a type to talk service for the hearing impaired where an interpreter gets caught in the middle of feuding lovers. There’s a well-handled comic edge to the awkwardness faced by the interpreter (particularly as conversations go sexual) and Francis captures this with a light-hearted, breezy atmosphere. A questionable last minute twist does more harm than good.

Christopher Brown’s Remission (UK) is also set to be another marmite segment in its exploration of two young men and a boy who roam the overgrown English countryside, seeking to escape a deadly virus. The main narrative crux is whether or not to ditch the boy who is hampering the young couple’s chance at survival. There’s surprisingly little going on in the lengthy short, despite a well-crafted atmosphere of dread and some enigmatic cinematography, I struggled to invest in this one.

Boys on Film: Trick and Treat finishes with Mirrors (UK) from Neil Ely and starring Shameless actor Jody Latham. Mirrors sees two straight young men enter a cubicle in a gay nightclub with the intention of taking some drugs, but learn more about themselves in the process. Playing out like Before Sunrise in a toilet cubicle, Mirrors feels like an authentic portrait in the exploration of sexual identity as these two similar straight men discover why they are actually in a gay club.

Trick and Treat provides another eclectic mix of shorts that hit the right emotional nerves – whether comic, touching or unsettling, there’s a stunning array of talent on display here.

Boys on Film 13: Trick and Treat is available now.