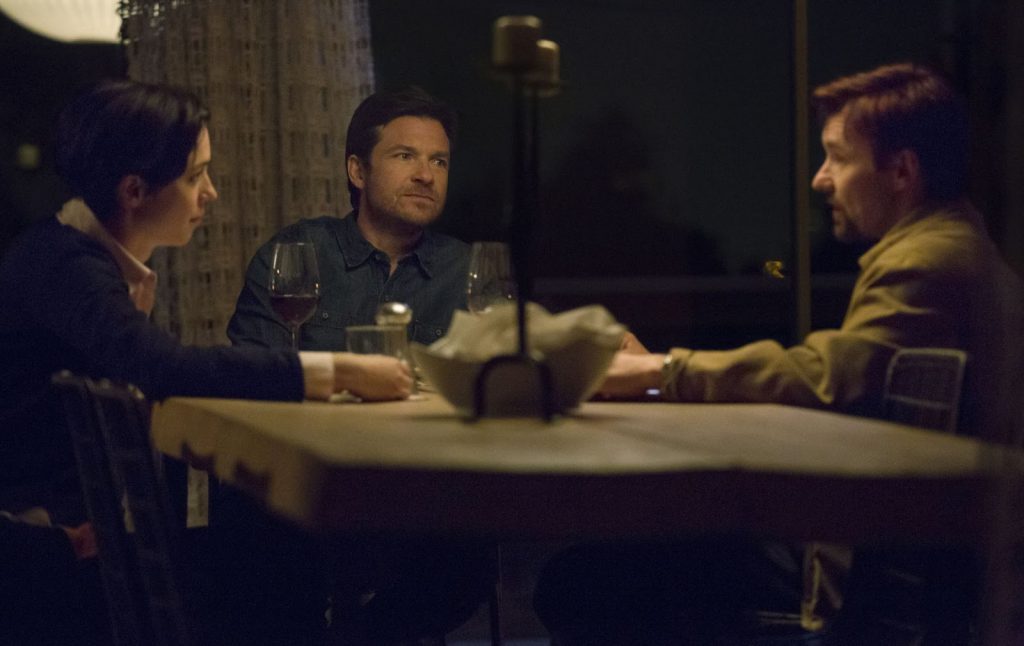 File this one under pleasantly surprising as actor Joel Edgerton makes his impressive feature directorial and written debut with Blumhouse Productions. Titled The Gift, the project is a savvy psychological thriller subverting the concept of victimhood whilst delivering some unnerving, stomach-churning twists along the way.

Jason Bateman and Rebecca Hall are Simon and Robyn, a conventional yuppie couple recently relocated back California. Taking up lodgings in a stylish suburban pad, the couple are met with an old face from Simon’s past, Gordo (Edgerton), whose unwelcome gifts and regular uninvited visits begin to unnerve the pair.

Edgerton crafts an atmosphere of sinister unease from the film’s early moments – a ‘chance’ encounter between Simon and Gordo appears to suggest the reunion of two high school friends – yet things grow more concerning as it’s revealed Simon has little recollection of this over-keen and slightly odd classmate. This encounter lays the foundation for a tale of psychological perversion and dark pasts which Edgerton unveils with a Machiavellian gusto. This a real burgeoning dread as the couple’s relationship with Gordo becomes more strained and previous well-meaning intentions become more concerning. Here Edgerton plays some winning hands by taking us down a number of unexpected routes with unnerving glee resulting in some twists with an edge nasty enough to satisfy audiences with a taste for the macabre. 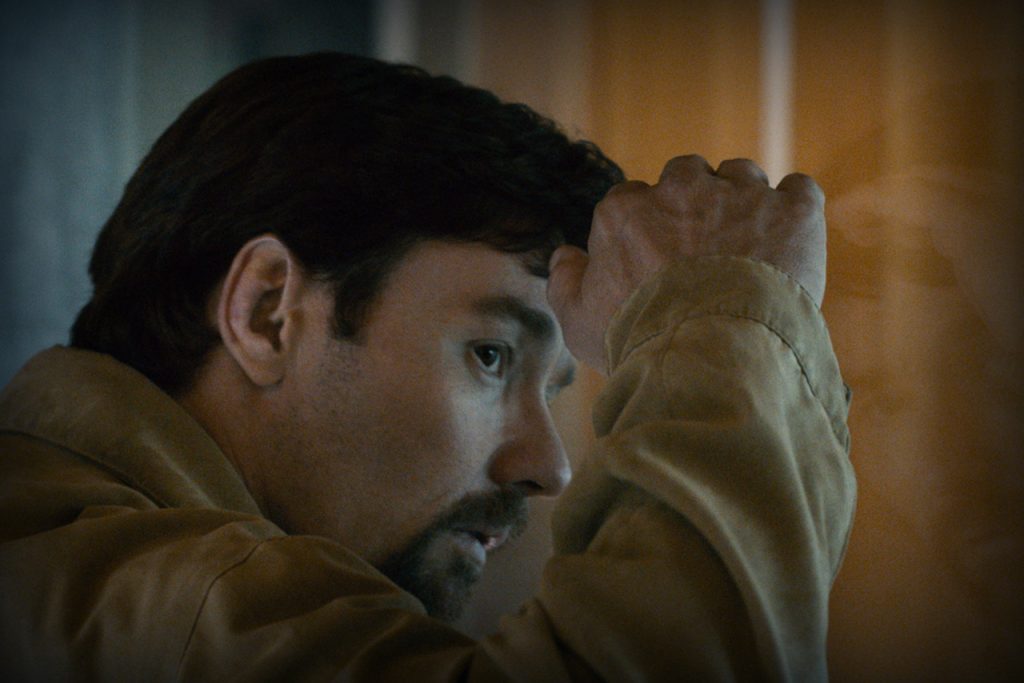 There is some clever character work going on in the writer’s protagonists with our perceptions of these leads continually changing. In his development of them, Edgerton revels in revealing a darker side to ‘clean-cut’ yuppie Simon who has shut off his mysterious past, whilst Gordo (dubbed ‘Gordo the Weirdo’) sits between overbearing aggressor and victim, with the narrative pendulum swinging between these shifting character tropes. Bateman excels in a role which strays from his usual clean-cut straight man performance – albeit subverting our expectations of the very type of role he’s come to be associated with. Hall has some grit to play with – albeit in the form of a lazy gender stereotyping miscarriage angle – but there is also past troubles with pill addiction in the mix to add some mystery into the film’s more horror-tinged themes. Is this a drug-themed haze or genuine horror unfolding?

There’s a stirring sense of tension pulsing throughout the strained character dynamics here – particularly as Edgerton drip feeds some home-invasion elements into the fold. Although never ground-breakingly original, there are a number of efficient jump scares and mysterious occurrences (which are delivered with Oldboy-inspired glee in the final moments) to quicken our pulses and turn our palms clammy.

The Gift may reveal its final twists somewhat heavy-handedly and could benefit from a slightly more brutal edit and run-time, but Edgerton nonetheless deserves much praise for this solid psychological thriller. This debut is atmospheric and unnerving that keeps us mostly engaged and intrigued from its onset.