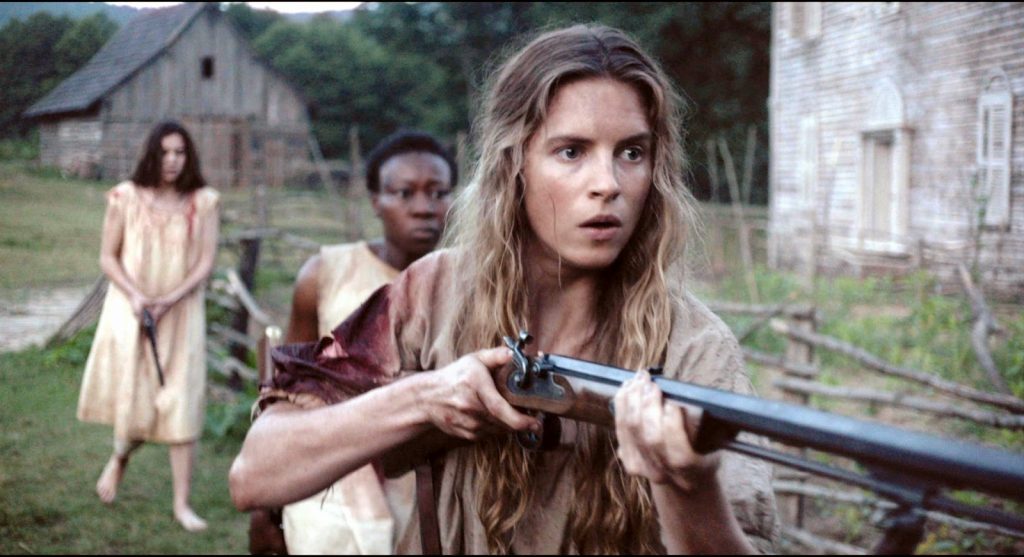 Western alert! We love a good trip to the Wild West here and we might just get that with The Keeping Room – the latest project from Daniel Barber (Harry Brown). Described as a feminist revenge western, the project sees Brit Marling and Hailee Steinfeld pitted against Sam Worthington.


In this radically reimagined American Western set towards the end of the Civil War, Southerner Augusta (Brit Marling, Arbitrage, The East) encounters two renegade, drunken soldiers (Sam Worthington, Avatar) who are on a mission of pillage and violence. After escaping an attempted assault, Augusta races back to the isolated farmhouse that she shares with her sister Louise (Hailee Steinfeld, True Grit, Pitch Perfect 2) and their female slave Mad (newcomer Muna Otaru.) When the pair of soldiers track Augusta down intent on exacting revenge, the trio of women are forced to take up arms to fend off their assailants, finding ways to resourcefully defend their home–and themselves–as the escalating attacks become more unpredictable and relentless.

Stylistically The Keeping Room looks a little drab but we’re hoping that’s down to a mediocre trailer. Nonetheless, there’s bound to be some cathartic pleasure to be gained in Barber’s latest film. It goes On Demand on the 25th of September.