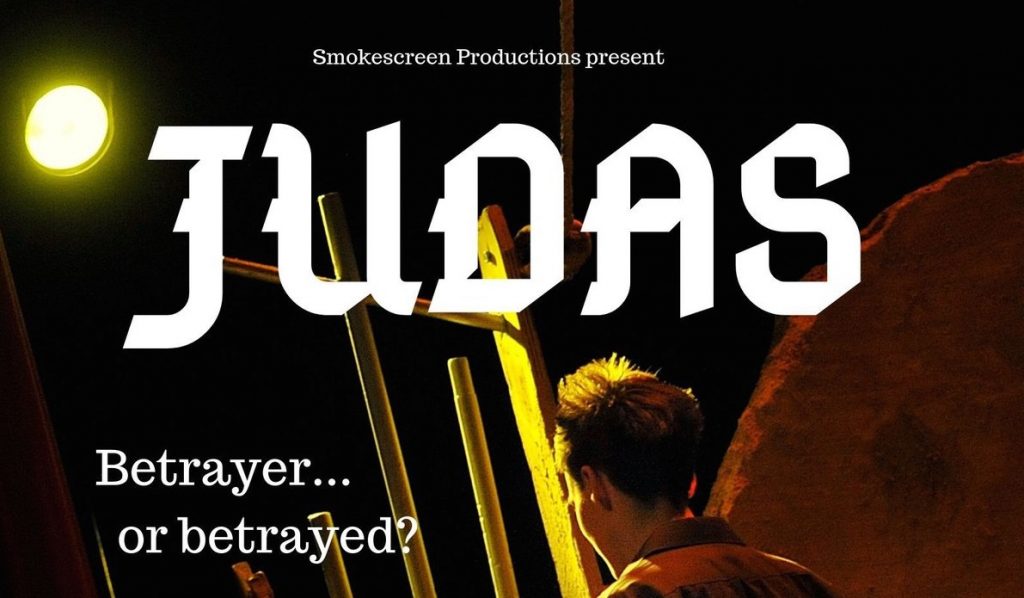 As well as returning to the Edinburgh Festival Fringe with 2018’s sublime Mengele, Smokescreen Productions present new work, Judas. This contemporary reimagining of the story of Judas Iscariot tackles complex social and political issues in a bold, unflinching manner forcing us to confront and question the authority of Western institutions.

Set in an unnamed Middles Eastern state, we see Youssef (writer Tim Marriott) a university lecturer taken by Western authorities. These authorities proceed to interrogate him using threats against his wife and child to gain the information they need about a radical preacher who spreads a message of peace and threatens to bring political uprising. With violence and conflict tearing the state apart and Youssef’s family now under-threat he begins to co-operate with the authorities, yet all is not as it seems.

Written with a prescient urgency, Judas begins with a plea to the audience that is strikingly resonant in this current political climate where the rise of the far right on all parts of globe has been normalised. Youssef encourages his students to challenge authority, citing the rise of this peace-seeking figure from the desert as an antidote. Yet the very unjust horrors explored in this opening speech are something that directly hit Youssef in the second act.

Taken by an American male agent, Youssef is subject to brutal interrogation in the form of psychological and physical torture. He pleads with the agent about ideological madness of the ‘Whose book is better?’ argument, the futility of tension over minor differences in belief systems, and the use of God’s name to commit heinous crimes – meanwhile being subject to to these very crimes. Illegal war, false elections, ill-treatment of prisoners and torture practices all come under fire in this bold, unflinching and often uncomfortable to watch piece. Judas is theatre that feels alive, relevant and brave in its willingness to tackle areas which may cause discomfort and challenge the established status quo.

The intelligent narrative gradually builds up the parallels between Youssef and the Judas Iscariot story – and it is in the hard-hitting final act that these similarities are the most pressing and explicit. Marriott delivers a dramatic masterclass in this raw, soul-bearing turn. The actor channels Youssef’s overwhelming frustration regarding the state of the nation he loves, the pain of the humiliating physical and mental torture he is subjected to, and the fiery devastation of the events of the final act. Support from Stefanie Rossi and David Calvitto adds further conviction to this visceral piece of theatre, whilst carefully used video footage helps transport us to the play’s Middle Eastern setting.

Judas is an essential theatre that challenges us to question the political institutions that we are surrounded by. Unflinching in its willingness to tackle concepts which are not easily digestible, Judas is a riveting piece delivered with a stirring conviction from its bold cast.