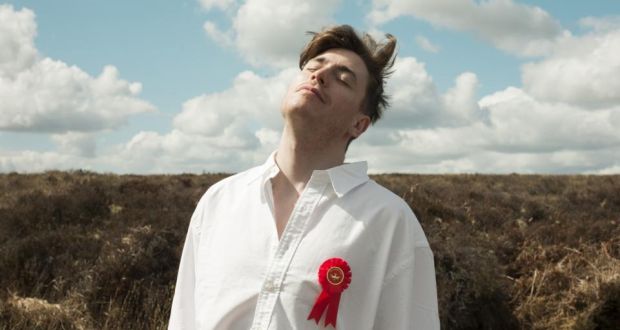 Anthony Keigher AKA Xnthony blends personal monologue and original music in Confirmation – a show that recounts his relationship with his home in Roscommon, the only county in Ireland to vote against the country’s 2015 Marriage Equality Bill.

With musings on his upbringing in rural Ireland, school life, moving to London and the religious act of Confirmation, Xnthony explores how these events shaped him. With musical compositions from Saly O’Dunlaing AKA ODU, Xnthony parallels his coming of age journey with reflective musical pieces.

Xnthony explores the changing relationship that he has with his home county throughout the course of the show. Anecdotes about feeling like he had magical powers to create his own world up until the age of 12 and knowing he was different from his peers, lay the groundwork for Xnthony’s exploration of his complicated relationship with Roscommon. This is expanded upon in discussion of his time at school in a story about being asked if he was gay by a playground supervisor. This explores the lack of nurture and understanding in what should be a system of support.

Yet Xnthony has a conflicted relationship with Roscommon – it is the place he grew up and where his family reside. Audio recordings of his father recounting incidents on the farm and some discussion of his mother shed some light on the positives of his home county. Although he does note that he is unaware of his parents decision in the marriage equality vote, whilst Xnthony’s own reasons for abstaining in the vote provide some intrigue also.

The titular act of Confirmation carries the central theme of this musical monologue. The act of rebirth, starting afresh and renaming – yet despite this we will always have some lingering connection with home. Not quite all of these musings manage to resonate emotionally although Xnthony is nonetheless a charismatic stage presence.

Xnthony showcases a strong vocal ability in the many up-tempo original songs performed throughout Confirmation – yet the performance of these can sometimes feel a little sparse given that Xnthony is the only person on stage performing, despite the best efforts of a smoke machine and coloured lighting.

Confirmation is an interesting piece exploring our relationship with home, personal growth and self-expression. Basing this around the Irish Marriage Equality vote allows for Xnthony to showcase an engaging LGBT perspective on these themes.