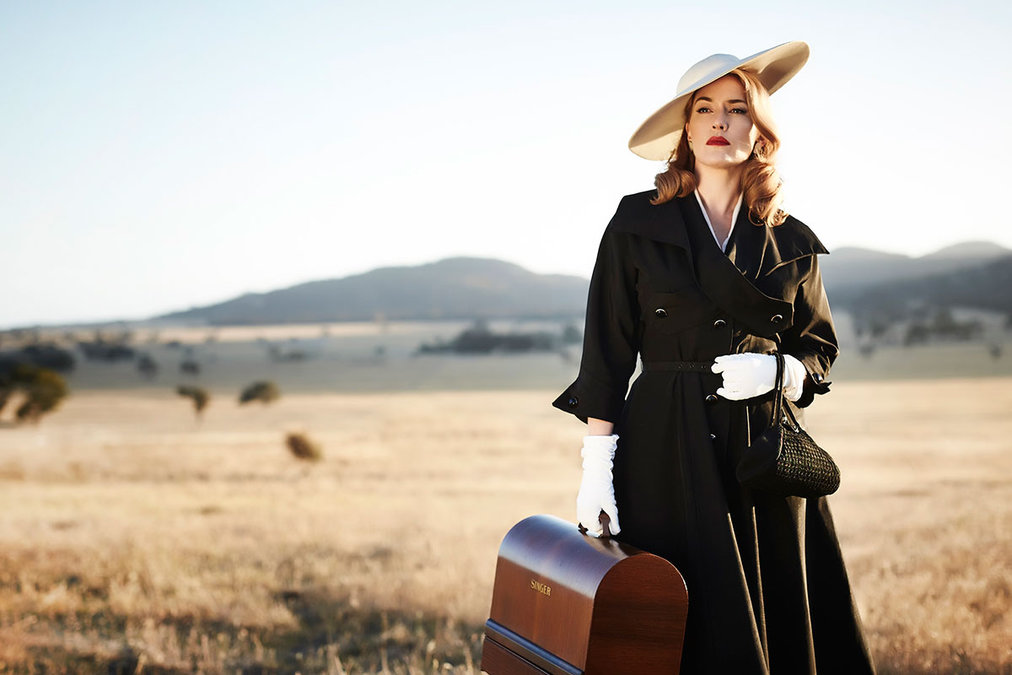 It’s not often that a film is wonderfully exciting as The Dressmaker comes along – something that’s sold to us as being one thing, but completely flips these preconceived expectations – and in a good way. Kate Winslet leads this Australian picture and is supported by an esteemed cast including Judy Davis, Liam Hemsworth and Hugo Weaving in an adaptation of Rosalie Ham’s 2000 novel of the same name.

Set in 1951, The Dressmaker sees haute couture fashion designer Myrtle ‘Tilly’ Dunnage (Winslet) return to the desolate Australian town of Dungatar – where she’d previously been branded a murderer after a schoolyard incident. Faced with a barrage of negative attitudes, Tilly begins to transform the town – until pushed by the small-minded locals.

The project marks director Jocelyn Moorhouse’s return to filmmaking after an eighteen year gap, however, this is Winslet’s show. From her first appearance on screen as the inimitable Tilly – uttering the fabulous “I’m back, you bastards,” it is clear that Winslet has embraced the camp madness of this tale, yet nonetheless packs it with her powerhouse edge. Whether sabotaging a local football game with her exuberant wardrobe and unshakable confidence, to being struck-down and rising up by continued tragedy, Winslet’s Tilly is a magnificent protagonist that takes us on her journey and we’re behind her every step.

The Dressmaker has been marketed as a ‘small town, fish out of water’ comedy and elements of Moorhouse’s adapted screenplay definitely find laughs through that angle, but there is far more to this tonally eclectic entity. There’s a heart-tugging romance at the centre of this – laced with near-Shakespearean tragedy, finally topped off with a surprisingly dark and unflinchingly brutal tale of sweet revenge. There is nothing quite like The Dressmaker and it is a sheer pleasure to see something as unique make it to the big screen with such vibrant enthusiasm. 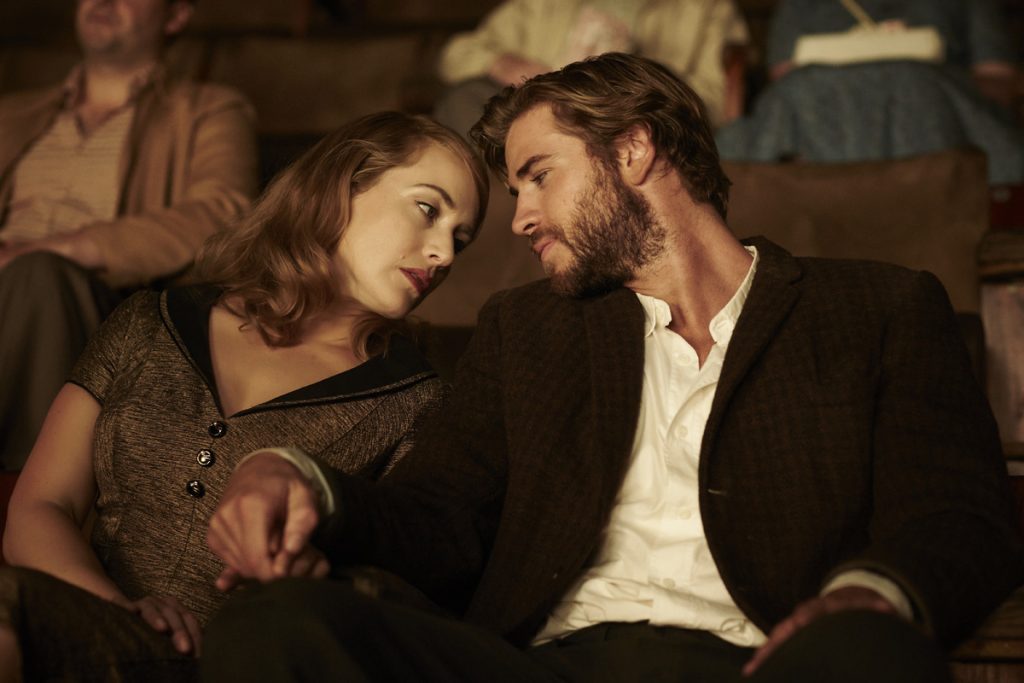 Donald McAlpine’s bright cinematography capturing the sun-baked Dungatar oranges and browns makes for a real visual delight – especially when Marion Boyce and Margot Wilson’s extravagant costume designs are placed within it. There’s something dreamlike about the outlandishness of the town and its curious inhabitants from Hugo Weaving’s cross-dressing Police Sergeant to a hunchbacked pharmacist and twisted school teacher (think Under Milk Wood). This paired with continually game-changing plot twists, heartbreaking developments and a palette of tonal madness, makes for a watch that excites and engages for its full run-time.

Whilst there is an undeniable pleasure in Winslet’s lead turn, game supporting performances ensure that The Dressmaker remains a colourful, occasionally vicious romp. Judy Davis excels as Tilly’s hard-drinking, haggish mother with a heart and straddles a fine balance between comic relief and a sweet emotional depth. Liam Hemsworth delivers a rough-and-ready charm as the romantic eye-candy and fully embraces his adonis-like physique being exploited for our gain. Hugo Weaving is equally wonderful as cross-dressing copper Sergeant Farrat, who plays the part as if it was Priscilla’s Tick gone-straight (so to speak).

High camp revenge fantasy meets kitsch small town send-up – there’s lots of fun to be had in the surprisingly poignant and magnificently performed, The Dressmaker. This feels like an instant cult classic.