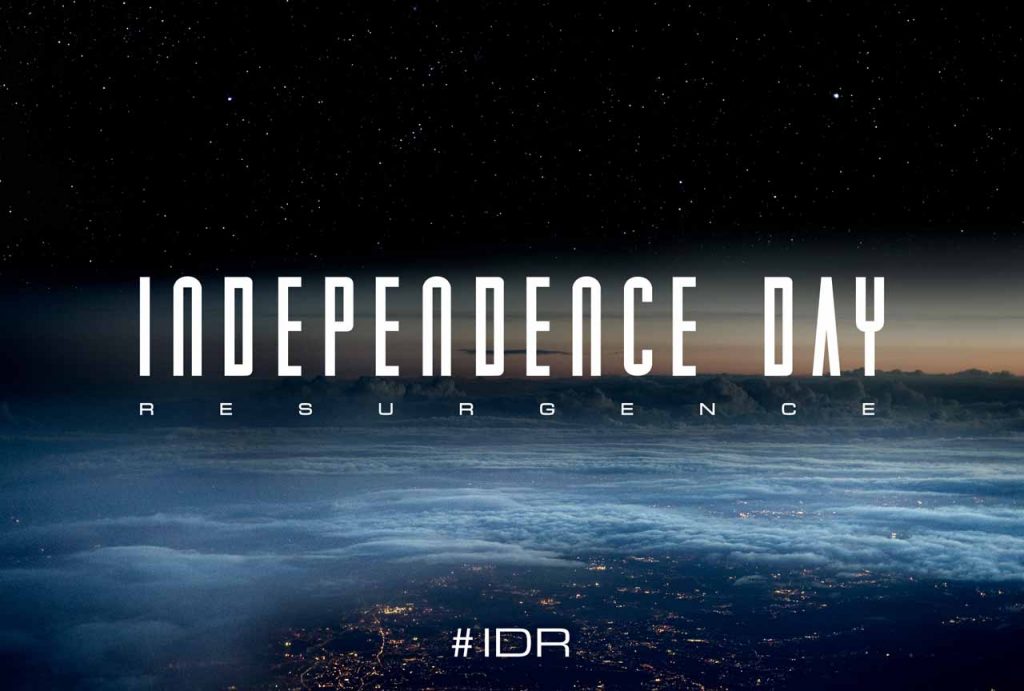 The trailer for long-awaited Independence Day sequel, subtitled Resurgence, has hit the web and we couldn’t be more excited for this big, brash blockbuster. Check out the official synopsis below:

We always knew they were coming back. After INDEPENDENCE DAY redefined the event movie genre, the next epic chapter delivers global spectacle on an unimaginable scale. Using recovered alien technology, the nations of Earth have collaborated on an immense defense program to protect the planet. But nothing can prepare us for the aliens’ advanced and unprecedented force. Only the ingenuity of a few brave men and women can bring our world back from the brink of extinction.

Who needs Will Smith when you have returning stars Jeff Goldblum and Bill Pullman – both looking for more grizzled and badass now. Liam Hemsworth provides some steamy new blood, and Charlotte Gainsbourg is here to provide some arthouse class to the chaos. Are we asking too much to have a scene where a shirtless Liam fights aliens as Charlotte belts out Terrible Angels? Come on Roland Emmerich, don’t let us down.