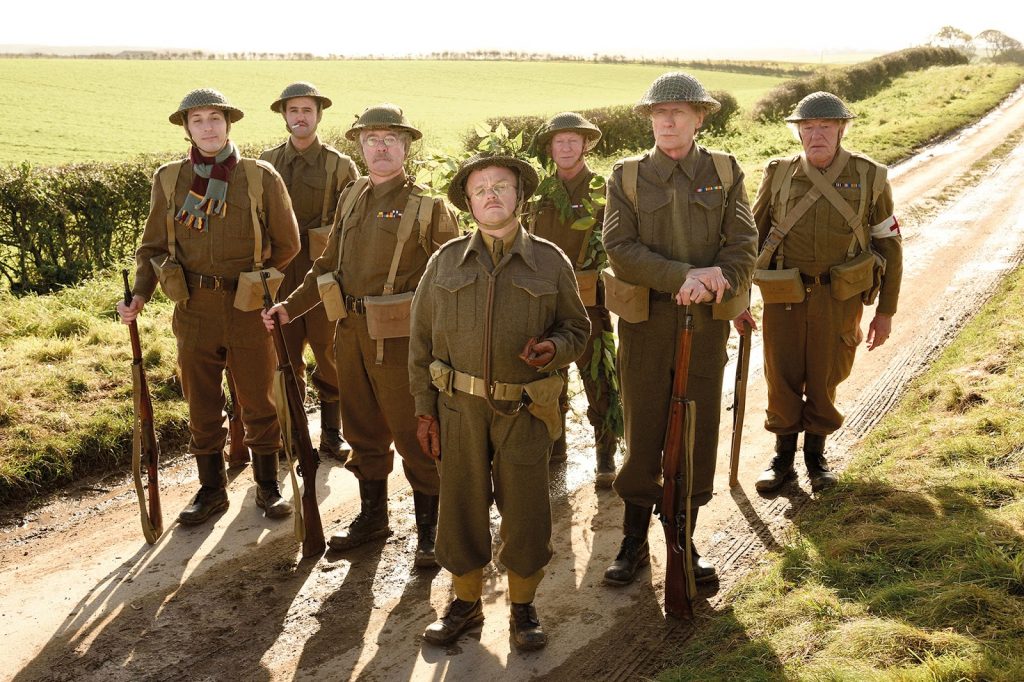 Beloved British sitcom Dad’s Army gets a big screen remake from the Johnny English: Reborn team of director Oliver Parker and screenwriter Hamish McColl and we need to ask why? Fans of the nine series BBC sitcom are likely to be unconvinced by the very idea of a remake, whilst there is little by the means of humour or story that will appeal to a casual viewer here.

Dad’s Army picks up in 1944 where Captain Mainwaring (Toby Jones) and the home guard are distracted by the arrival of a glamorous journalist (a delightfully hammy Catherine Zeta Jones) sent to report on the platoon. However, the arrival of a German spy sends tensions high amongst the Walmington-on-Sea community.

Whilst this remake will always be compared to the original by fans, it succeeds in some degree through its assured casting. Toby Jones steps into the role of Mainwaring embracing the pompous silliness of the character with a sharp comic timing and ballsy bravado.  Bill Nighy brings his smooth charm to John Le Mesurier’s original role of the calm, collected Sergeant Wilson, Praise should also go to gung-ho performances from Michael Gambon, Tom Courtenay, Daniel Mays and Blake Harrison. However, despite the willingness of the cast, Dad’s Army crumbles under the ineptitude of its screenplay – which simply, is not funny.

The catchphrases and nostalgia are here, but lack the clever set-up that made them iconic in the first place. There is certainly a place for seaside British humour in the vein of David Croft and Jimmy Perry’s successful sitcoms or Carry On cheekiness in today’s society – marking a break from the recent string of crass R-Rated American comedies which fill our cinemas – but it’s not to be found in Parker’s Dad’s Army reboot.

This clumsily structured affair feels like a half-baked Perry and Croft ‘that’ll do’ idea with the narrative centred on the guard falling at the feet of Zeta Jones’s intoxicating journo – and subsequently losing the spirit of the series. Rivalries build (Mainwaring and Wilson), partners seethe – including an on-screen Mrs. Mainwaring in the form of Alan Partridge’s meek PA Felicity Montagu, and the guard look plain silly. It’s all very fluffy, unfunny, and familiar stuff. The attempts at humour are all safe, hugely PC – with a reliance on light-innuendo and slapstick which have little comic effect.

Dad’s Army is likely to find an audience in those curious at how the beloved sitcom makes the jump to the big-screen – but we all know curiosity killed the cat. Despite the valiant efforts of a game cast, the clumsy Dad’s Army struggles to muster up any successful gags in its sluggish narrative.