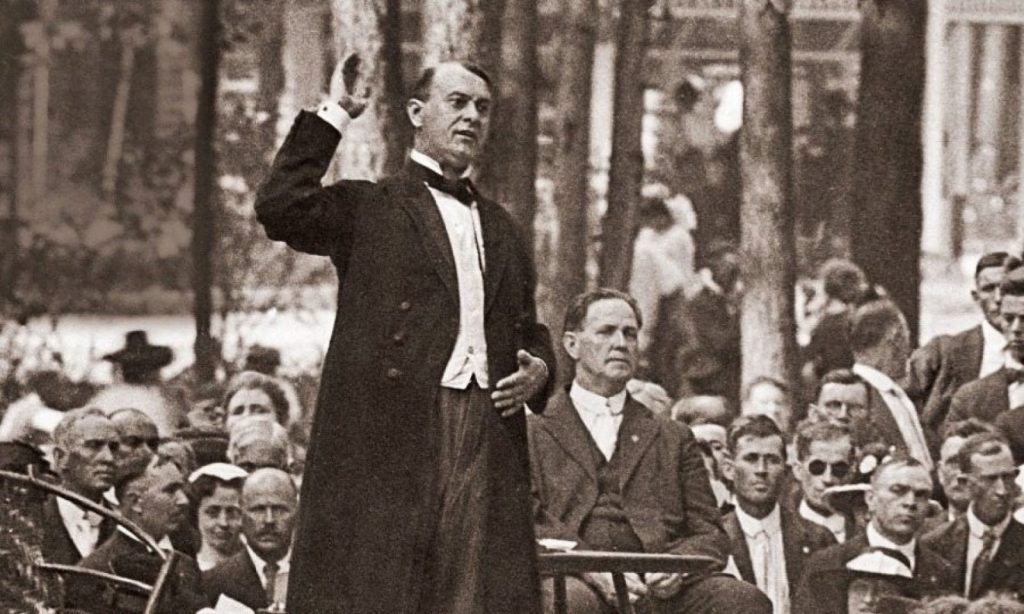 Rowland Nelken creates and stars in one-man production Jehovah’s First Witness. This piece is an informative glimpse at Joseph Franklin, AKA Judge Rutherford, the ‘effective founder of the doomsday cult that currently controls, worldwide, about 8 million lives’, Nelken notes.

Jehovah’s First Witness opens with Rutherford emerging for a coffin in the year 2019, surprised that doomsday has not reached us yet. He proceeds to recount his Southern Baptist upbringing, work as a lawyer, rising in Charles Russell’s Watchtower Society and then breaking off to form The Jehovah’s Witnesses.

Nelken has crafted an informative piece that provides a comprehensive picture of the founding of the Jehovah’s Witnesses and an exploration of the man behind it. There is a self-awareness behind the production which highlights how unpleasant the views of Rutherford were with the racist, anti-Semitic and sexist opinions he shares. Jehovah’s First Witness explores Rutherford’s desire to befriend Hitler – sharing a similar doctrine to the Nazis – and truly exposing the abhorrent principles which this cult is built upon.

Nelken uses a PowerPoint which showcases some of the Bible verses that Rutherford used to support his outlandish claims. These verses are displayed on screen highlighting Rutherford’s apparent comments that the Bible prophesised locomotives, war and plagues – as well as doomsday and Jesus’ return to earth. Yet this Powerpoint is a blessing and a curse, whilst visuals are useful – it can become somewhat distracting, particularly as technical errors set in. Anyone that has ever tried to embed music in a Powerpoint will be aware of the pernickety nature of doing so and these errors plagued the show. The musical numbers are also too plentiful here and do little to advance the narrative, disrupting the flow of the show.

Jehovah’s First Witness is informative in its exploration of the distorted foundations of the Rutherford’s organisation and Nelken casts a self-aware, critical eye with his committed performance. Clunky technical accompaniment and overbearing musical numbers, do little to support the narrative flow of the show, however.