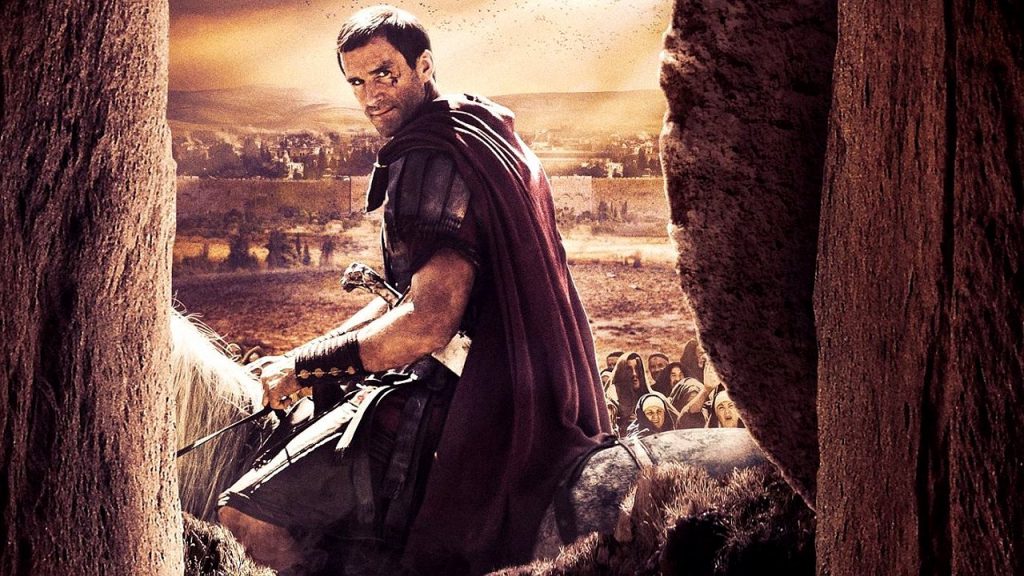 Call it a spot of madness but we were duped into seeing Risen (or:  How I Learned to Stop Following Rome and Love Jesus). Maybe it was Joseph Fiennes in Roman tribune outfit or the fact that we thought Kevin Reynolds’ return to the director’s chair could produce something as wonderfully awful as Waterworld. However, this excitement was misplaced with Risen being little more than an doe-eyed Christian propaganda tool saved by a solid leading turn from Fiennes.

Risen follows Roman tribune Clavius as he is ordered to put false prophet Yeshua to death by Pontius Pilate. After being entombed, Yeshua’s body goes missing and Clavius is ordered by his senior to investigate the matter.

Risen has been the subject of some faint praise for the fact that it delivers a detective-style mystery narrative as Clavius attempts to solve the case of Yeshua’s supposed resurrection. Don’t go expecting any Popeye Doyle or Harry Calahan style policing in Clavius’s approach with this mystery narrative simply serving as a convenient arc for Reynolds and co-screenwriter Paul Aiello to have his Disciples explain the wonders of Yeshua. Given this, we might expect more of a battle of faith from Clavius and his commitment to the Roman Gods but this is an underutilised angle – with the tribune swayed to the cause of Yeshua without much argument. I suppose you would be if you saw a man you had executed now alive and well. For Christian audiences, it is likely to be quite easy to understand Clavius’s decision to hop on the Christ bandwagon, but as a more cynical viewer its hard to relate to why a man of power, distinction, principle and privilege would drop this.

Of course, that’s when the miracles come in. Yeshua being alive and well after his crucifixion, the healing of lepers and the massive schools of fish appearing to feed his weary disciples. It’s all presented very softly without much debate or shock from the previous non-believer Clavius. It’s a struggle to engage with a film that presents these miracles unquestioned and with such soft enthusiasm. This combined with horrendously garish and over-acted supporting performances from the doe-eyed disciples – not to mention two curiously accented Roman guards – which gives Risen an amateur, toe-curling quality.

Fiennes remains the one consistently solid quality of Risen, even when his character motivations grow tiresome unquestioned and misjudged. The actor brings a natural gravitas and steely charisma to Clavius which ensures that no matter how shaky proceedings get, Fiennes grounds them.

Risen works better in its early stages as we witness the Roman Empire’s brutal grasp on the world, the gruesome crucifixions, and Clavius as he attempts to solve the mystery of Yeshua’s missing body. However, proceedings grow stilted as Clavius finds himself closer to Yeshua and the overbearing Christian propaganda angle bubbles to the heart of Risen completely unquestioned.