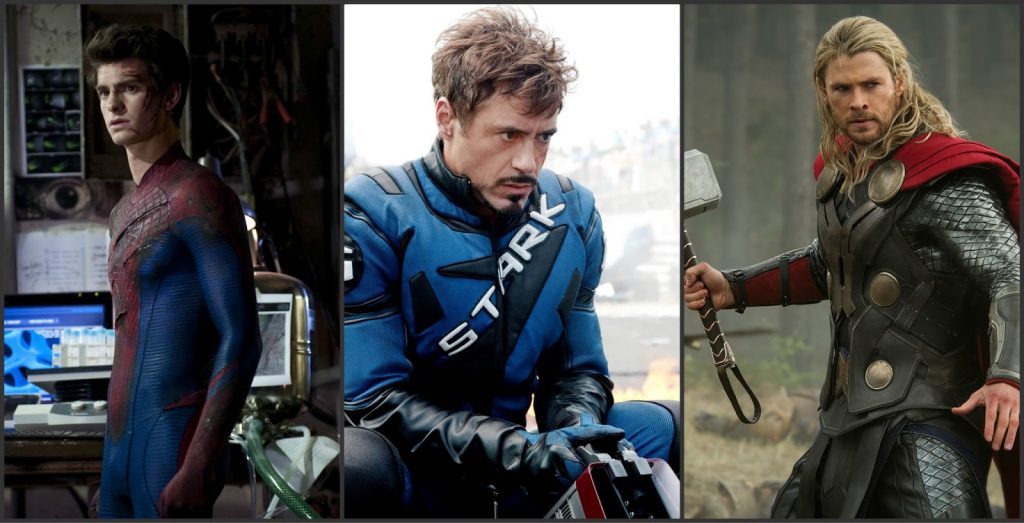 We were amazed when all the generally unfavourable reactions to Batman v Superman: Dawn of Justice started flooding in from fellow critics. We had a lot of praise for Zack Snyder’s superhero sequel, which was far from perfect but certainly undeserving of the tsunami of bile thrown at it.

We’re pleased to see the film is doing excellently at the worldwide box office despite this critical mauling, however, disgruntled some of the (very) vocal general audiences have been. Viewers and critics have been quick to attack it as overly grim, overstuffed and incoherent. Who says superhero films need to be bright flashy one-liner-stuffed affairs? Whether people have simply become overly accustomed to the Marvel tropes and style or critics are struggling to accept a non-Nolan take on the Batman cineverse that feels more inherently true to the spirit of Batman, we’re not quite sure.
There’s a bizarre sense of one-upmanship as to which critic can hate on BvS more and the general level of vitriol aimed towards it feels hugely unwarranted and like a gross overreaction.

After the response to BvS we were intrigued to check out other superhero films that failed to receive a critical mauling to the same extent as this latest DC flick – despite being all sorts of terrible.

Note: We don’t strictly agree with the Rotten Tomatoes model, but it works as a good comparison model to BvS’s insane 29% rating currently.

Marvel’s most turgid major picture to date is driven by a threadbare narrative that only serves as a bridging point to the first Avengers film. It criminally squanders Mickey Rourke and Sam Rockwell, both playing potentially interesting villains entangled in convoluted subplots. Instead of attempting to give us anything new director John Favreau serves up a forgettable and trivial addition to the MCU.

Rebooting just five years after Sam Raimi’s third and final Spider-Man film, Marc Webb’s The Amazing Spider-Man lightens the tone even further in a watch that brings absolutely nothing new to the saga. Andrew Garfield and Emma Stone’s casting is the one saving grace of this but even they struggle to justify this entity’s existence.

You’d wish Webb staying on track imitating Raimi’s narratives when you see what happens when he strays. The Amazing Spider-Man 2 is a chaotic watch that masters some excellent special effects but lacks any sense of conscience or emotional relevance. Garfield and Stone get lost in this noisy and unpleasant cash-cows, which also provides us with one of the genre’s weakest villains in the form of Jamie Foxx’s Electro.

This X-Men fan favourite’s origins tale is about as underwhelming as it gets in this visually unimpressive mess. A curious tone which completely deviates from the superb style and feel of Singer’s excellent first two X-Men films sees Hugh Jackman’s charisma lost under ham-fisted one-liners and a bucketload of narrative contrivances.

Despite the ever watchable Jackman and the occasional well handled action scene, The Wolverine presents us with a bland narrative, irritating characters and is further hindered by an unnecessarily long run-time. It’s also one of the most forgettable action pictures in recent years with the highlight being Wolverine fighting an old Japanese man in a robot suit.

Marvel delivers another dull bridging story to build up to another chaotic Avengers film. There’s a feel of watered down, generic sci-fi drivel to this second Thor outing that proves hugely disappointing giving the rich highs of Kenneth Branagh’s triumphant predecessor. It’s a clunky, unpleasant beast that director Alan Taylor appears to have no control of.

If ever a director’s lack of energy and enthusiasm translated to the big screen, it’s Joss Whedon’s exhaustion with The Avengers universe. With an emphasis on chaotic action and lack of heart and effective plot development or the slightest fragment of intellectual depth. It’s loud, deeply unsatisfying and relentlessly dull.