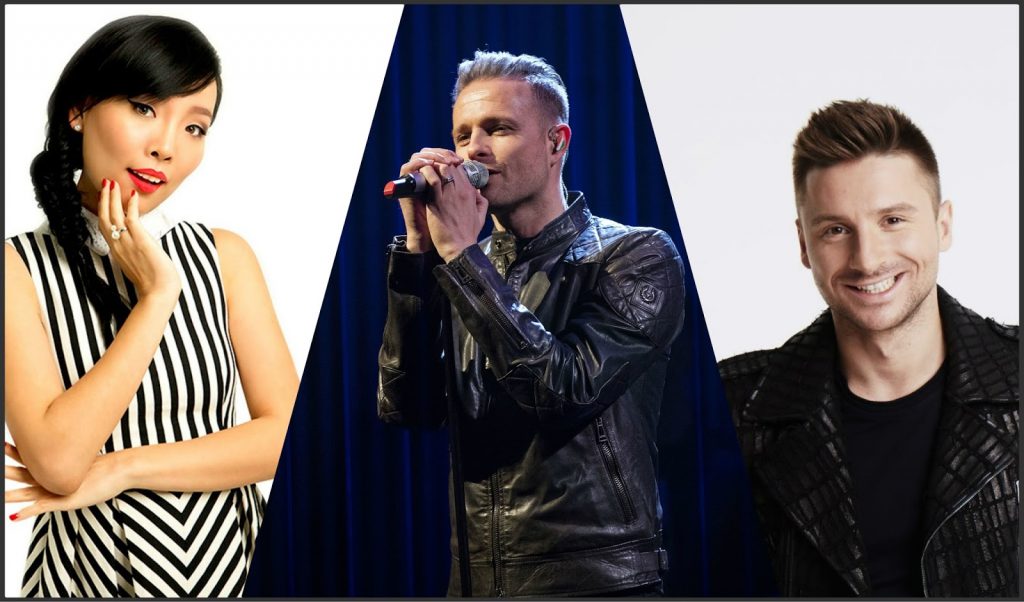 As we enter May, it’s officially Eurovision month  – also known as the most wonderful time of the year. Each European nation has gone on to send their best and brightest to Stockholm (well, apart from the UK obviously) with hopes to compete in the ESC finale on May 14th. Since there’s quite a lot of music to get through, we’ve picked our highlights of the 2016 crop of nations to let you know the ones to look out for on the night.

Finland – Sandjha – Sing It Away


This throwback disco number doesn’t have the chops to make it a winner, but it’s nonetheless going to be one of the up-tempos to look forward to on the ballad-heavy night. If Sandjha’s national final performance is anything to go by she’ll hopefully get the audience riled up enough to land her through the semis and shift her to a solid position on the final leaderboard.


Freddie’s vocals have got a gravelly, rock-sounding edge to them which may help him to stand out with this dramatic ballad on the night. If they don’ his stunning good looks are sure to capture audience attention.

Oh we’ve got a right soft spot for Nicky. The former Westlife star has gone on to prepare a proper-Europop anthem for the night with his feel-good track Sunlight. We’ll be waving our Irish flags in full force by the time the anthemic chorus hits – for on Eurovision night, we are not British, but Irish.

You have to admire The Netherland’s love for a good country track and Douwe Bob’s Slow Down is certainly that. It’s a jaunty little number that might stand out on the night, providing it beats last year’s sorely underrated Walk Along, by actually qualifying.

Russia – Sergey Lazarev – You Are the Only One

Shirtless male singer. Check. Dance anthem. Check. Russian win. Check. Although politically we’re not too excited by the prospect of a potential Russian victory, it looks like it might be happening with Sergey’s You Are the Only One – a stonking Euro dance anthem that has all the makings of a winning track.

Our favourite of the Scandinavian bunch this year is Greta Salome’s energetic Euro-anthem, Hear Them Calling. Complete with soaring vocals and an infectious drumbeat, Greta deserves to go far with this track. Early online response doesn’t signal that it will go too far, but we’d love to be proven wrong.

Malta, the unsung heroes of Eurovision, always manage to pull it out of the bag for us. Cracking songs, immaculately performed but often overlooked. Walk on Water joins the country’s stable of fantastic entries and feels like a radio-ready single that you would hear around Europe.


Justs might be a dark horse with this stirring low-key dance number, although we’re not sure the build-up is completely worth the forgettable chorus. It’s all a little Latvian John Newman.

Lithuania – Donny Montell – I’ve Been Waiting For This Night

Australia are back, and it’s not with a Simon & Garfunkel cover, but a new track from X Factor Australia winner Dami Im. We don’t see it winning, despite its powerhouse chorus and Dami’s cuteness.


Like the UK, France have struggled with Eurovision in recent years, but we can see a dramtic change in their fortunes with this French-English from Amir. This is fresh, contemporary and very exciting and we’re hoping it sees France sit comfortably on the upper-left hand side of the leaderboard.