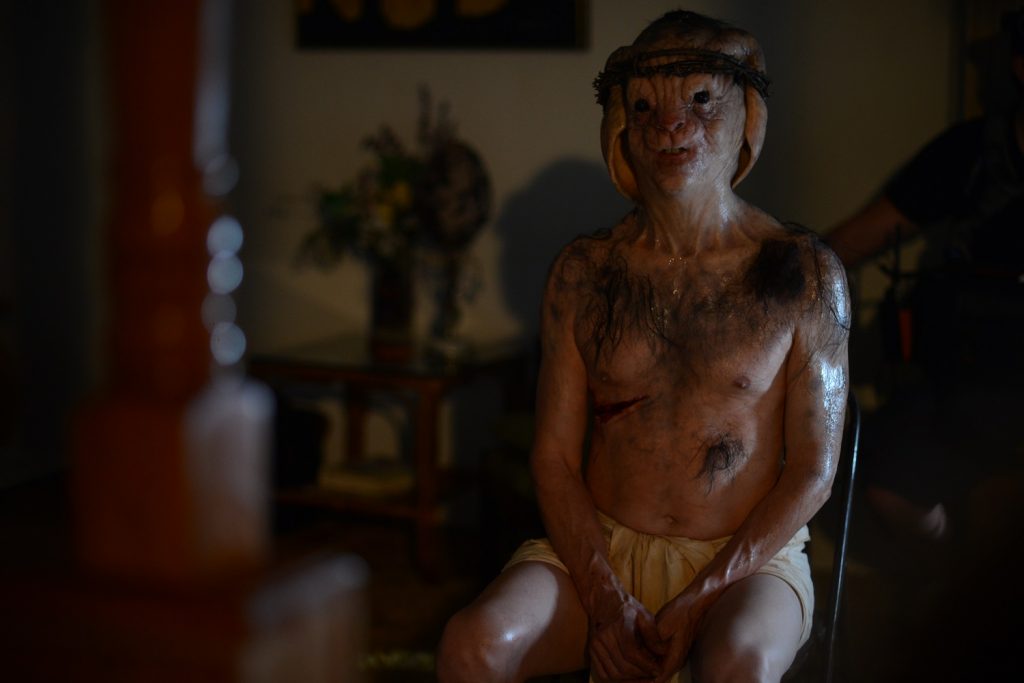 The benefit of horror anthologies is that for every segment that you don’t like, there’s hope that you will connect with the next. In the case of Holidays, this does not entirely ring true and you are sure to find yourself continually waiting for a better segment which never really arrives. Despite an intriguing batch of filmmakers on board, this glimpse into the darkness of the festivities proves too patchy to completely recommend with none of the segments reaching their full potential.

Opening with Valentine’s Day from Starry Eyes filmmakers Kevin Kölsch & Dennis Widmyer, we follow a bullied teen fall for her swimming coach. Kölsch & Widmyer craft one of the anthology’s strongest tales which balances some light laughs through romantic fantasy scenes with some grim moments of brutality and bullying.

The anthology peaks with Irish filmmaker Gary Shore’s (Dracula Untold) St. Patrick’s Day where a primary school teacher finds herself pregnant amidst coping with a troubled pupil. Shore approaches the segment with a cheeky humour, and draws on a variety of inspirations from The Wicker Man to Rosemary’s Baby in this well-pitched segment.

The disappointing Easter follows from Nicholas McCarthy (The Pact) which plays with the confusing mythology behind “Christian Easter” and “Commercial Easter.” Although it boasts some impressive creature effects, Easter is nothing more than a minor curiosity that lacks scares or humour.

Sarah Adina Smith (The Midnight Swim) directs Mother’s Day, a female fronted short that explores the story of a young woman who continually gets pregnant after sex – despite protection. She’s soon sent to a woman’s group in the Texan desert to deal with the problem. Whilst Smith captures some sinister cult undertones and atmospherically shoots the rituals, Mother’s Day once again relies too heavily on an ineffective monster reveal.

The highest profile contribution is Halloween from Kevin Smith (Tusk, Red State), an entertaining female-fronted short which sees his daughter and Yoga Hosers star Harley Quinn Smith turn the tables on a male chauvinist at a kinky webcam service. Smith taps into many a man’s fear in this tense, amusing and grisly proto-feminist skit.

Scott Stewart (Dark Skies, Legion) directs Christmas which follows a virtual reality headset that explores the desires and secrets of its users. Seth Green stars in this segment which does not quite deliver the full potential horror of its exciting and scarily relevant premise.

New Year’s Day closes Holidays with Adam Egypt Mortimer (Some Kind of Hate) taking the reins. The segment follows a serial killer who gets more than he bargained for on his New Year’s date. The Green Inferno and Knock Knock star Lorneza Izzo adds a sense of fun to this amusing and cleverly-scripted (by Kölsch & Widmyer) segment.