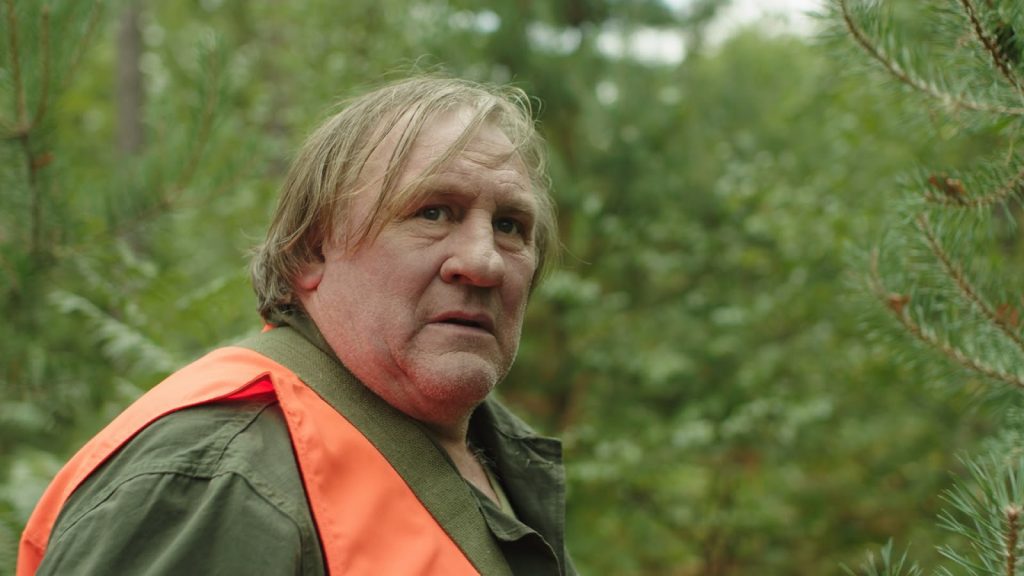 Film festivals are great for providing us with marvellous little curiosities like Guillaume Nicloux’s The End in which he re-teams with his Valley of Love star Gérard Depardieu. This perplexing piece is an enthralling watch that finds its power in quiet revelations and its gripping tension.

Depardieu plays a character simply dubbed The Man who embarks on a rabbit hunting trip in a forest near his home. After losing his dog Yoshi on the trip, The Man ventures further into the forest and finds himself lost and running out of food and water.

At eighty-five minutes long, The End is a punchy watch and a stellar exercise in creative tension with Nicloux gripping us for the film’s entirety. Nicloux’s narrative gradually builds starting with The Man’s normal routine – waking up, getting breakfast, feeding his dog. There is nothing out of the ordinary, until The Man begins his hunting trip. As Yoshi runs off, The Man gradually walks deeper into the woods, noticing stranger things as he ventures further like small lakes that were not there before. Things make a shift to the sinister when he awakens after sheltering in a cave to realise his hunting rifle has been taken.

After this revelation, Nicloux has fun building the surreal atmosphere and The End begins to get all the more unsettling. The Man discovering a scurrying batch of black scorpions crawling along the forest floor and the arrival of some curious people within the woods send things down a more sinister and uneasy direction. Nicloux parallels this with The Man’s growing fatigue with no food or water for hours, energy levels are low and The Man grows weary. Even when at the point of exhaustion Depardieu commands our attention: The Man’s frustrations building as his energy is sinking, battling the despair of losing his beloved dog, whilst attempting to rationalise the strange conditions in the forest and the curious people he encounters.

There is an almost mythical quality to the picturesque but chilling woodland setting that feels more like a labyrinth than a forest. Cinematographer Christophe Offenstein’s uses natural light sources which gives The End a feeling of authenticity adding to the unease.

Those seeking quick answers and resolutions are in the wrong place as The End is a perplexing piece with an ending that is set to flip all your theories on their heads. Just when you put Nicloux’s film in a conventional narrative framework, he delivers a game-changing and brutal twist which is without a doubt one of the most nasty and unsettling turns I’ve seen in a film this year.

The End is a gripping arthouse puzzler in which Depardieu shines. Nicloux’s gradually mounting tension will leave you feeling shaken and thoroughly unsettled.