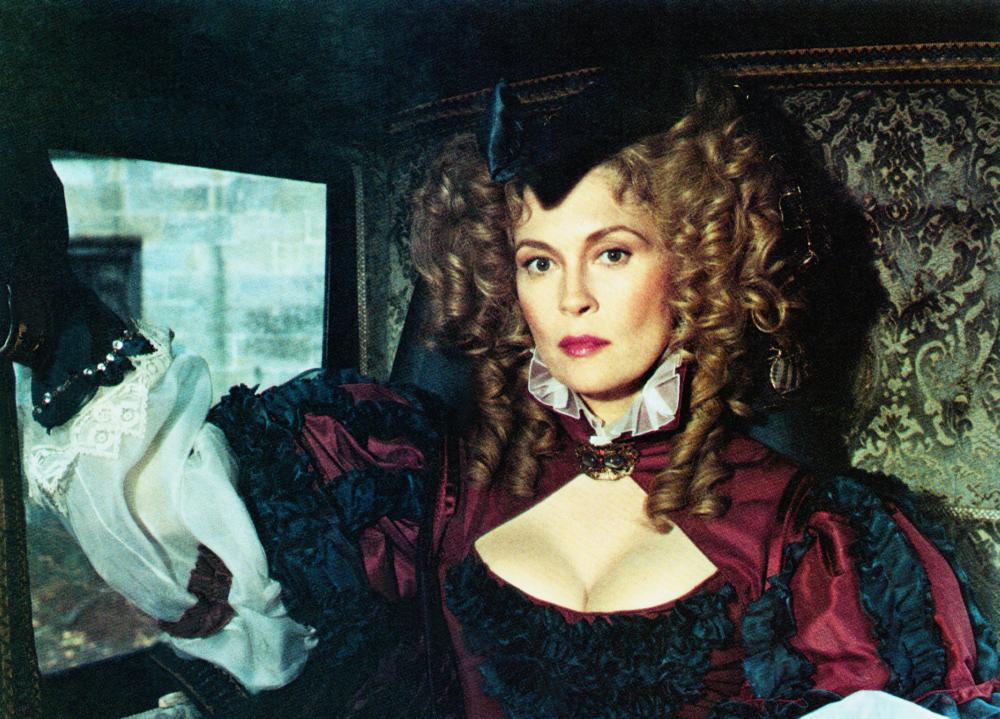 Michael Winner was not a filmmaker known for his tact and grace – so those expecting a straight-laced period feature from his 1983 film, The Wicked Lady, are in for a surprise. Instead Winner delivers a bawdy period romp that delights with its salacious camp and unrepentant crassness. It’s a delight.

This loose remake of an identically-named 1945 James Mason film sees Faye Dunaway take the role of the titular Wicked Lady. Dunaway stars as Lady Barbara Skelton, wife of the frigid Sir Ralph (Denholm Elliott), a frustrated social climber who begins to adopt a second life as a treacherous highwayman. In this pursuit for thrill and wealth she teams-up with robbing criminal Jerry Jackson (Alan Bates), but begins to arouse the suspicions of many of her court – including her butler Hogarth (Sir John Gielgud). 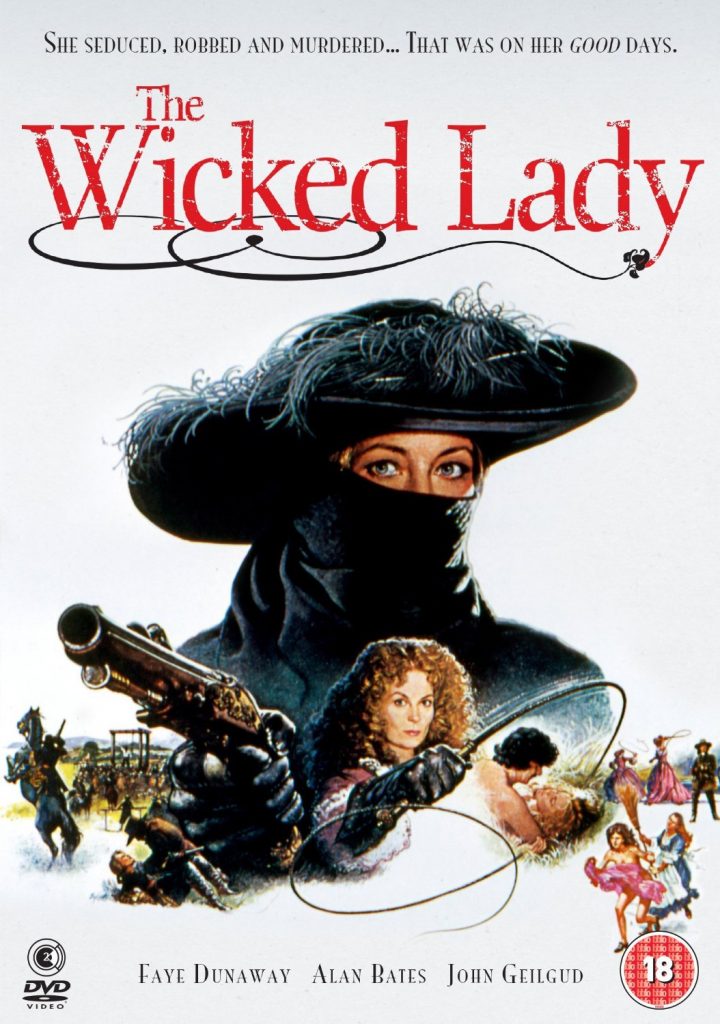 Many dub Mommie Dearest as the moment that Dunaway let rip in a fit of scenery chewing brilliance – and whilst The Wicked Lady never reaches the sheer camp excess of the cult Joan Crawford biopic, it’s a wonderful precursor to it. The role of Skelton – a ravenous social climber who loses a lavish piece of jewellery in a gambling game, and subsequently turns in to a wicked highwayman to retrieve it – is a role ripe for camp potential and Dunaway has a ball with it. Meanwhile the narrative intertwines Skelton’s two identities – a lose romance with Jackson and the unfulfilled wife of the timid Sir Ralph provides a nice dichotomy.

Winner’s direction of Dunaway is a delight – the sheer gung-ho energy she’s enthused with combined with the actress’s natural elegance and some glamorous gowns makes The Wicked Lady an always exciting delight. However, Winner’s direction of his other female characters is something that could be seen as problematic today – he opens with a young maiden running starkers through a small village. This problematic depiction carries on throughout the piece, best encapsulated in a whip fight between Dunaway and a young female – clothing is scarce, whips are cracking and there is an undeniable seediness about it. If you’ve embraced the camp flavour of The Wicked Lady thus far, you’re sure to see this as a high point, if you’ve seen it as tasteless and offensive, it won’t help. Fortunately as a devotee of Winner, I was in the former criteria and seeing Dunaway go all out in this cavalcade of excess makes for a camp treat.

Whilst the narrative can occasionally plod between these moments of heightened camp, The Wicked Lady is generally a very entertaining watch. This is helped by further game performances from Elliott and Gielgud. Elliott manages to subvert his personal reputation in this amusingly tame role and has fun with the lavish costumes and period game. A cheeky turn from Gielgud compliments this nicely – with the actor enjoying the over-zealous religious tyrannical eye of the house butler. Semi-cheap production gives the film an aesthetic that looks a little like Carry On Dick, but that works more in the film’s low-brow favour.

The Wicked Lady a cheeky and effortlessly entertaining slice of British period camp with much praise due to Winner’s racy direction and Dunaway’s energised performance.

★★★★
The Wicked Lady is available on DVD now.