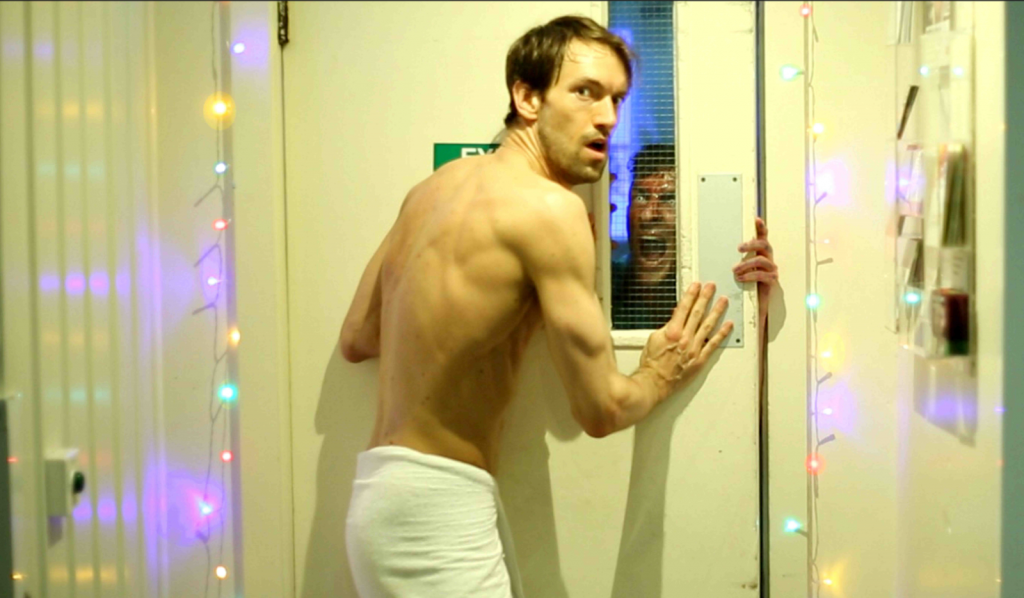 The fifteenth entry into Peccadillo Pictures long-running gay anthology series, Boys on Film, dubbed Time and Tied makes its way to home-video this August, after touring as part of the POUTfest LGBT Film Tour. The collection is an eclectic mix which explores several tangents of queer lives, relationships and desires.

Opening with Closets from Lloyd Eyre-Morgan which interestingly compares the coming out experience in two time-zones, 1986 and 2016. The short takes the concept of being in the closet to a literal new dimension, using this at the heart of its time-travel tinged narrative where young teens from the respective time periods meet and compare their experiences. Eyre-Morgan does an impressive job at crafting the atmosphere of danger and uncertainty young LGBT people feel when coming out – and the parallels between this ’86 and ’16 makes for an intriguing approach. There are strong performances from Corrie icon Julie Hesmondhalgh, her Cucumber co-star Ceallach Spellman and Tommy Knight.

This is followed by Putting on the Dish from Brian Fairbairn and Karl Eccleston. Taking place in London in 1962, two strangers strike up a conversation in complete cockney rhyming slang. This might appeal to an audience of a certain age, particularly those versed in the slang – however, the interest is limited otherwise.

G’O Clock sees the tone become a little more salacious as we explore a gay paramedics’ night of GHB use at a steamy house party. It might feel like an underwear ad at points, but this short from Mitchell Marion is a steamy and sometimes unsettling look at sex, drugs and gay life. Soundtracked with a sexy electronic score and cast filled with muscled studs, G’O Clock is an impressive addition to the set.

The longest of the shorts follows, Nighstand from director Charlier Parham and producers Sir Ian McKellen and Stephen Fry. This low-key dramatic piece sees the relationship between an openly-gay young man and a closeted married man. Despite this low-key aesthetic (continual night-time – hotel rooms, darkened streets, bars), Parham packs a surprising brutality in Nightstand, particularly in the exploration of closeting sexual identity and the idea of self-hatred within the gay community.

The contemplative Morning Is Broken follows which explores the new-relationship of two new friends at the backdrop of a family wedding. Simon Anderson’s short makes use of some picturesque British scenery but ultimately proves forgettable in the context of the other shorts.

Tom Frederic’s Sauna of the Dead provides a jolt of energy to the set – as well as a refreshing, gay approach to the horror genre. Set in the context of a cruising sauna, Frederic explores the prejudices, lack of intimacy and obsession with aesthetics in the community. Frederic leads the short which packs a welcome sense of humour, tense genre production values (snappy editing, stirring tension, gruesome zombies) and of course, some beautiful actors. Frederic’s short is a stirring reminder that we need more gay perspectives in the horror film.

The emotionally-devastating Crossroad follows from Leon Lopez. The seventh short begins with a young man pensively getting up in the middle of the night, leaving his girlfriend in bed. He walks to the shops before returning home and shaving his head and beard. The sense of mystery built up by Lopez is impressive and immediately invests us. The filmmaker gradually unravels the narrative by slowly examining sexual identity and societal expectations with earth-shattering consequences. 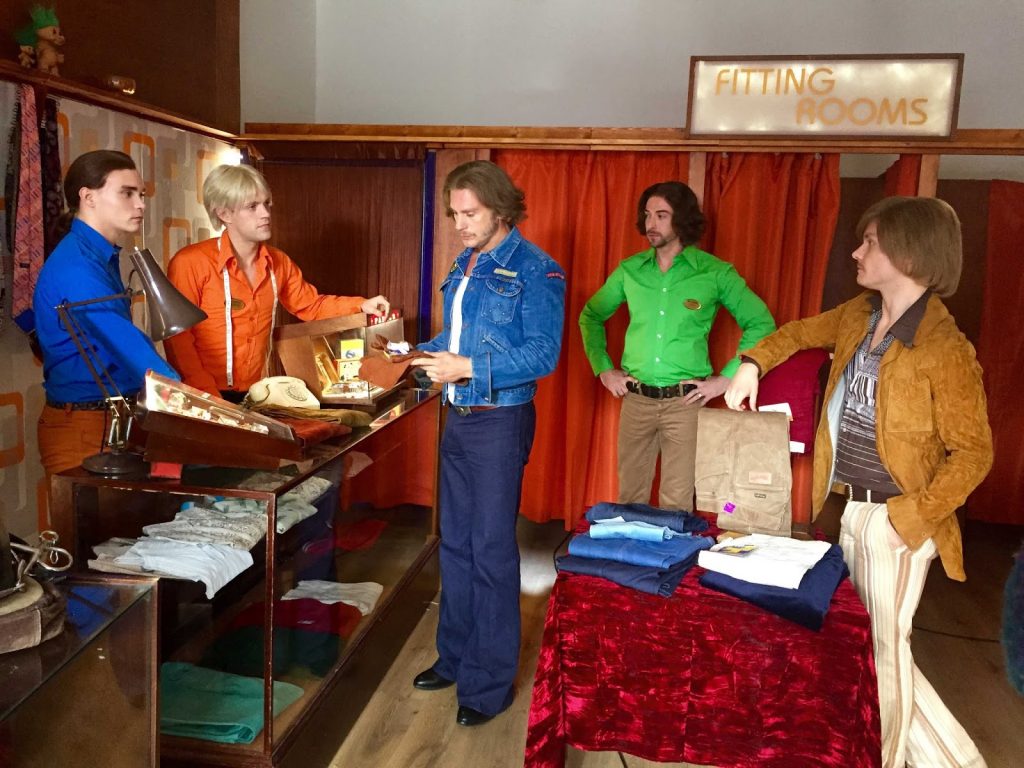 Energy-levels dip slightly with Dawn from Jake Graf which explores two lost souls meeting on a secluded park bench before sunrise. The pleasantly-shot short carries an air of acceptance and tolerance, as well as not judging others by their physical appearance. Even at thirteen minutes, it feels a little tiresome, despite good intentions.

Although its never explicitly credited, there are “clear parallels” between Trouser Bar and an alleged screenplay from the late John Gielgud (supposedly intended for the late gay erotica filmmaker Peter de Rome). Sixteen years after the acting legend’s death director Kristen Bjorn brings this “completely unrelated” piece to the big screen. Packed with kitsch 1970s visuals, Trouser Bar is a energetic look at the fetishism of clothes in a gentleman’s trouser shop. Playing like a depraved Are You Being Served? (Mrs. Slocombe and her pussy are sadly not present) meets Caligula, the dialogue-free short is titillating and sexually charged thanks to a handsome cast and pulsating electronic soundtrack. Cameos from Nigel Havers, Barry Cryer and Julian Clary add some star quality, although the real star is the saucy writing and Bjorn’s fast-paced direction.

Boys on Film 15: Time and Tied is an impressive collection of gay-themed shorts from an eclectic batch of talented filmmakers.

For details on the POUT Film Festival Tour check here. Boys on Film 15 is available on home video on the 22nd of August.