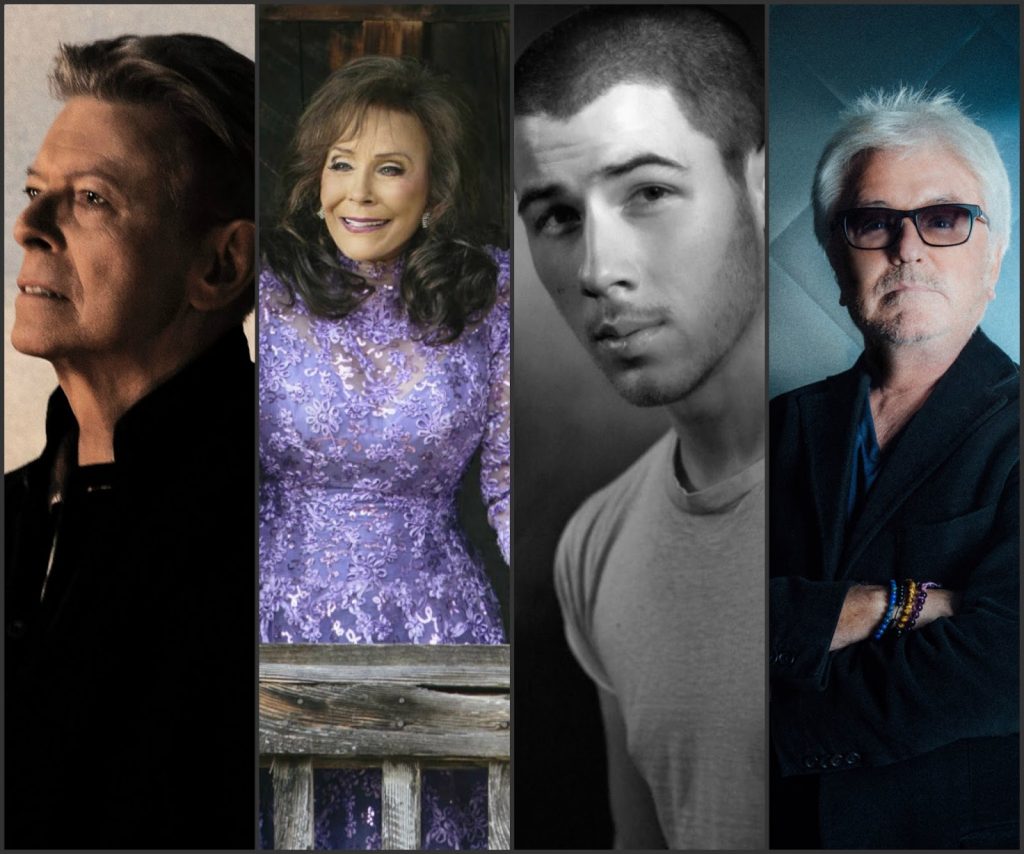 The world may be about to go up in flames but at least we’ll have some great albums to listen to on the way out. Here are our Top 25 Albums of 2016…

25. Kaiser Chiefs – Stay Together
The Ricky Wilson fronted band released their first ‘pop’ album and to do so teamed-up with Xenomania’s Brian Higgins. The result is a set of synth-tinged pop anthems with belting choruses and stadium-ready riffs, perfectly showcased in standout track Hole in My Soul. 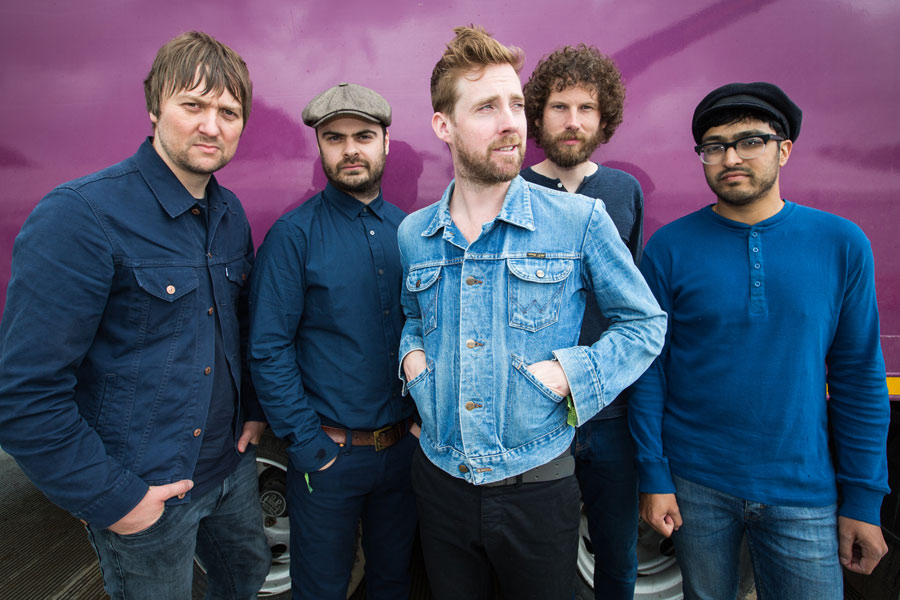 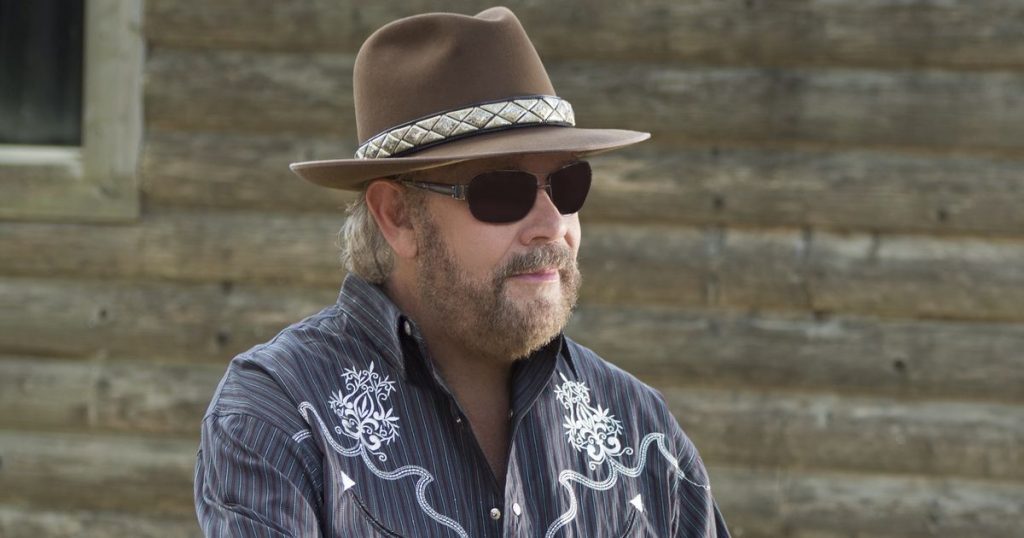 23. Cerrone – Red Lips
Iconic disco producer Cerrone delivers an album of new compositions featuring an array of guest vocalists like Aloe Blacc and Kiezsa. Red Lips is silky disco at its finest with smooth contemporary numbers that pay homage to some of Cerrone and his peer’s finest dance anthems. 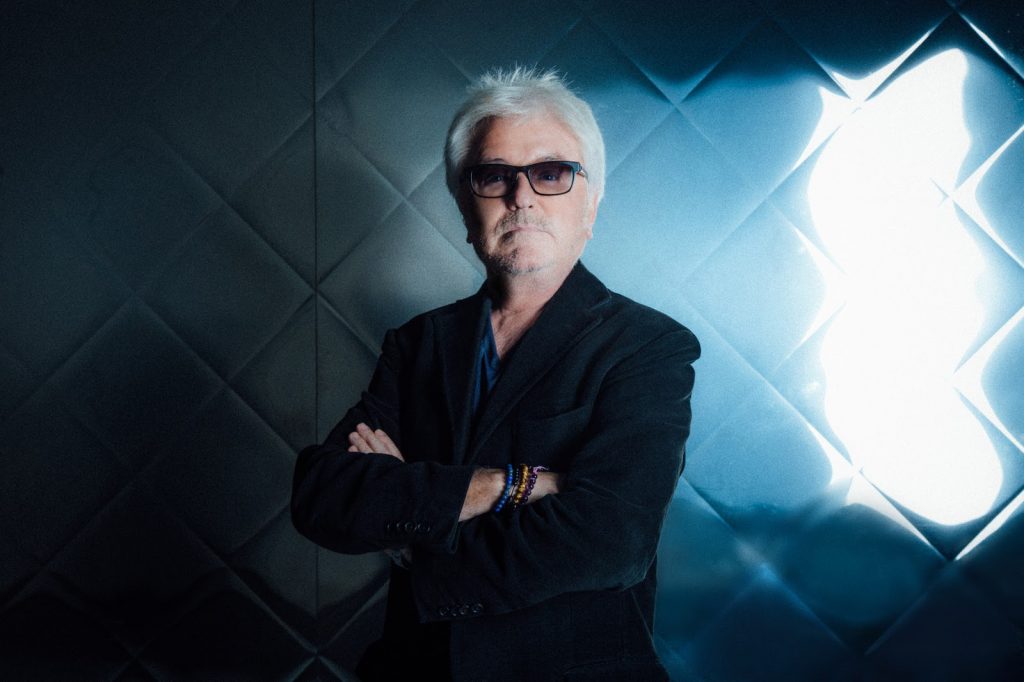 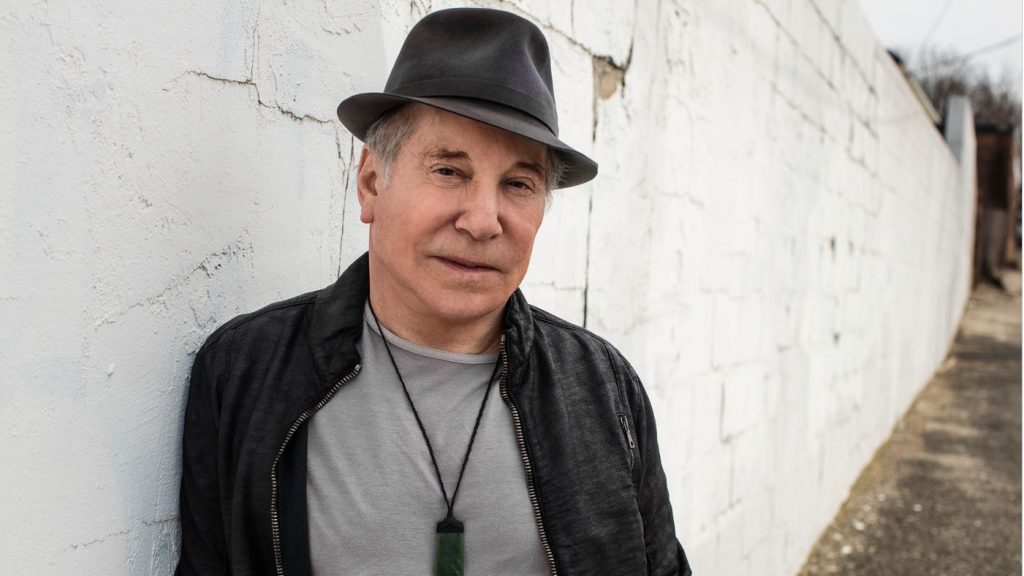 21. Mavis Staples – Livin’ on a High Note
The soul and gospel legend returns with an album of uplifting numbers that allow her to reflect on her life and kind values. Livin’ on a High Note isn’t pushing for new sounds, it’s joyously old fashioned and well-intentioned and Staples delivers her inspiring message with confident ease and warmth. 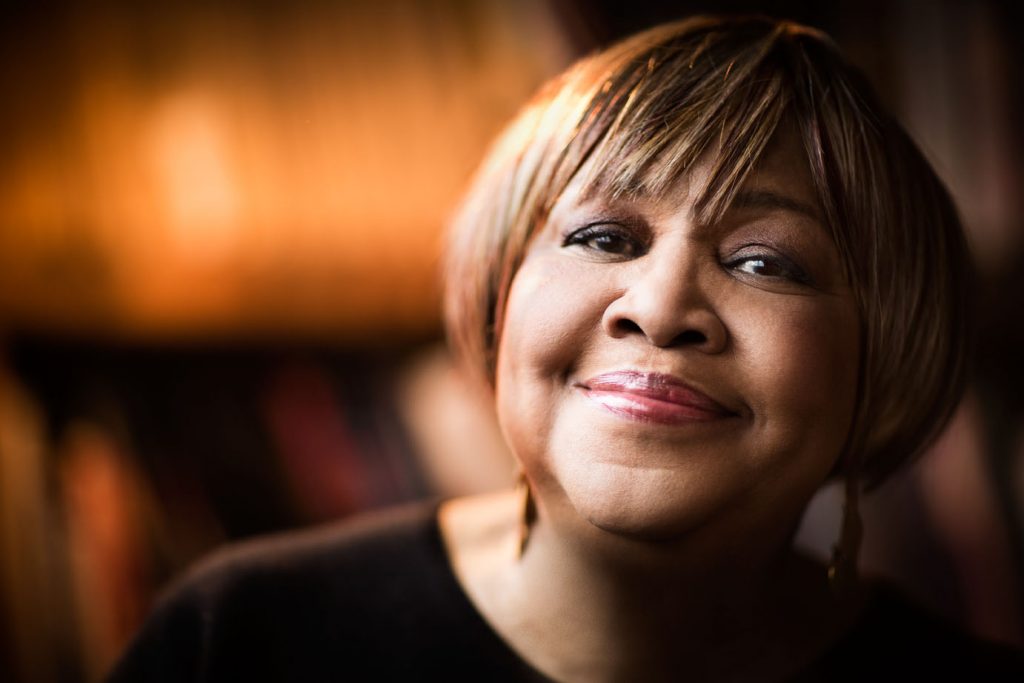 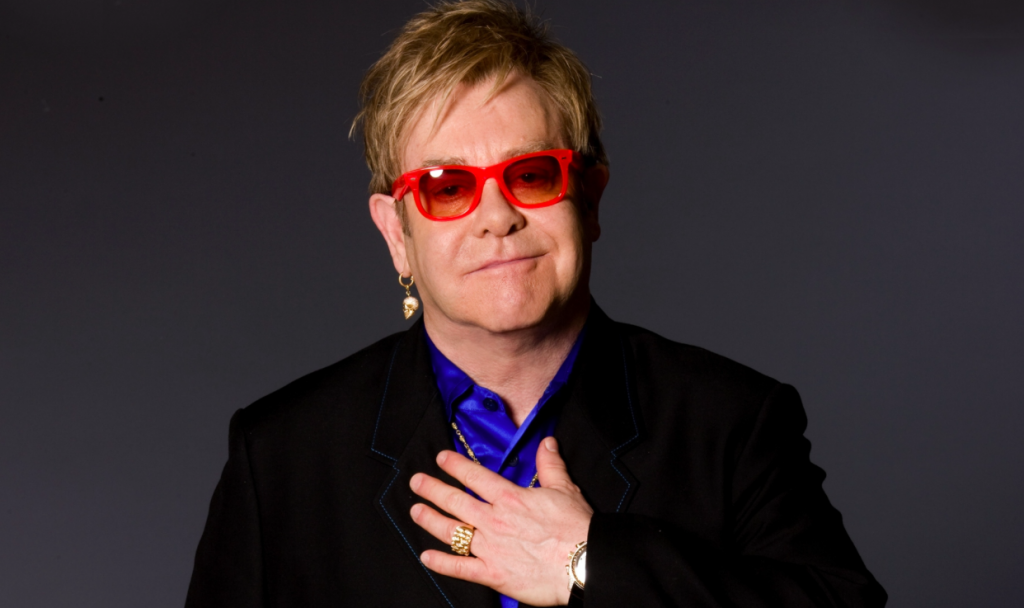 19. Kiefer Sutherland – Down in a Hole
Kiefer Sutherland bucks the trend of actors releasing questionable musical side-projects with his debut album Down in a Hole. This set of gravelly country numbers avoids genre cliches and delivers strong melodies and engaging storytelling in its lyrics. The first half of the LP delivers most of the highlights, but this is nonetheless a surprisingly fantastic debut. 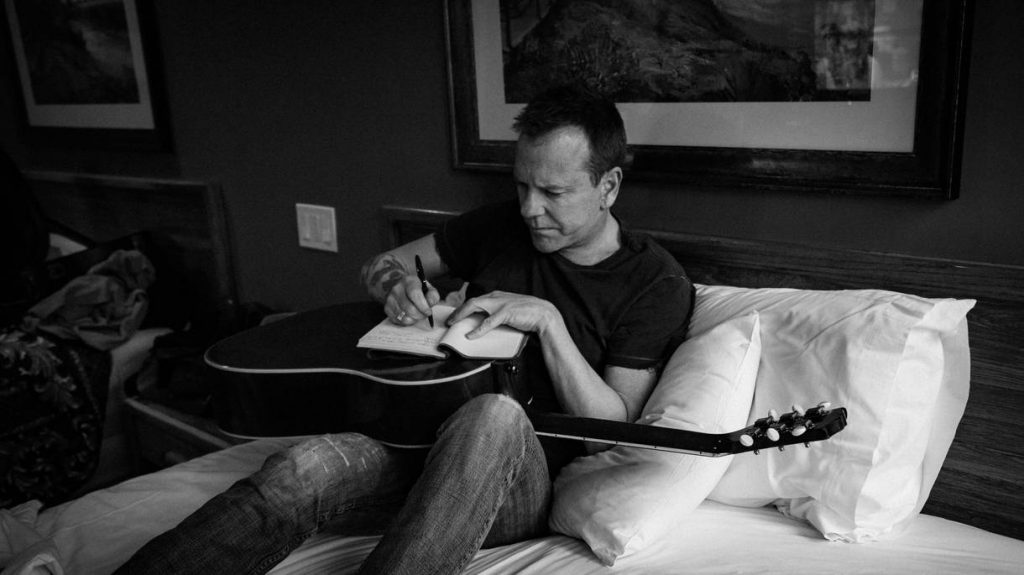 18. Petula Clark – From Now On
After the success of her previous album, Lost in You, the veteran singer-songwriter delivers a set of gentle pop tracks paired with quiet electronic anthems. Clark’s voice is like a warm blanket and manages to deliver enough charm to put her own spin onto iconic tracks like Blackbird and Fever. It’s the moments where Clark gets some electronic backing that From Now On grabs your attention in the likes of Sincerely and Sacrifice My Heart. 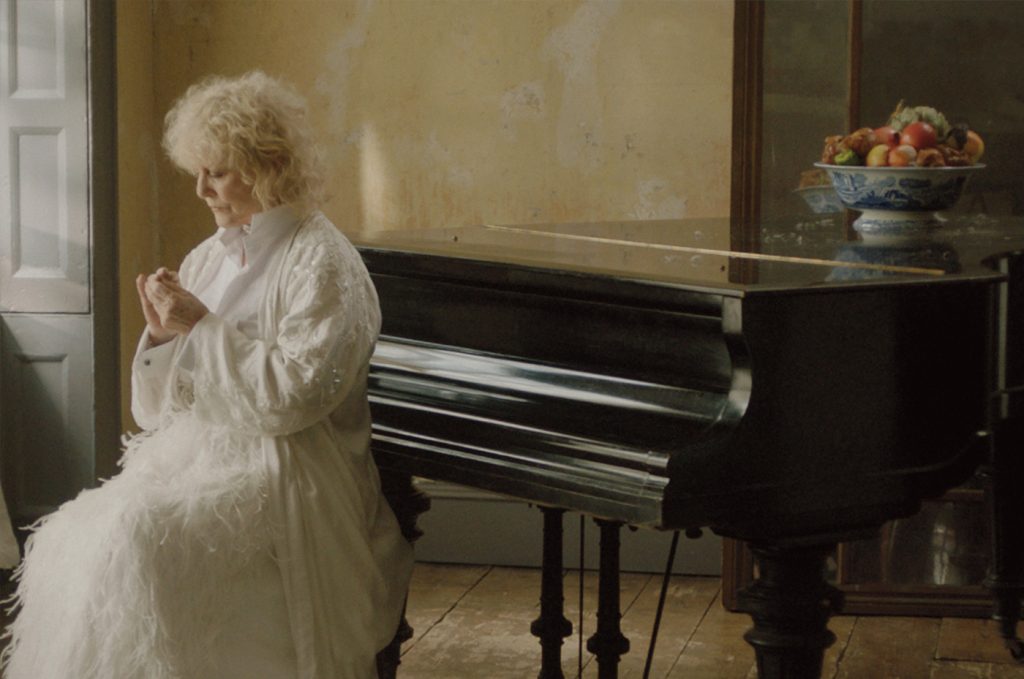 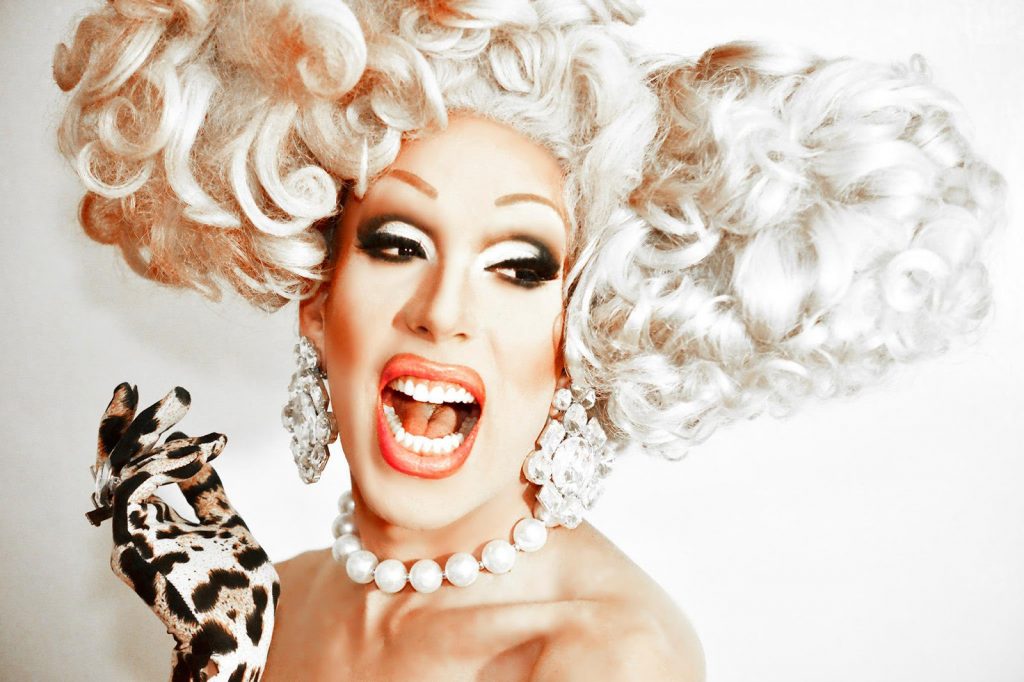 16. Jennifer Nettles – Playing with Fire
Jennifer Nettles provides an assured set of powerful country anthems with Playing with a Fire. This is shiny country-pop at its finest with tracks like Drunk in Heels, My House and Sugar feeling like contemporary Shania, whilst Nettles delivers heart in weighty pop-ballads Unlove You and Stupid Girl. 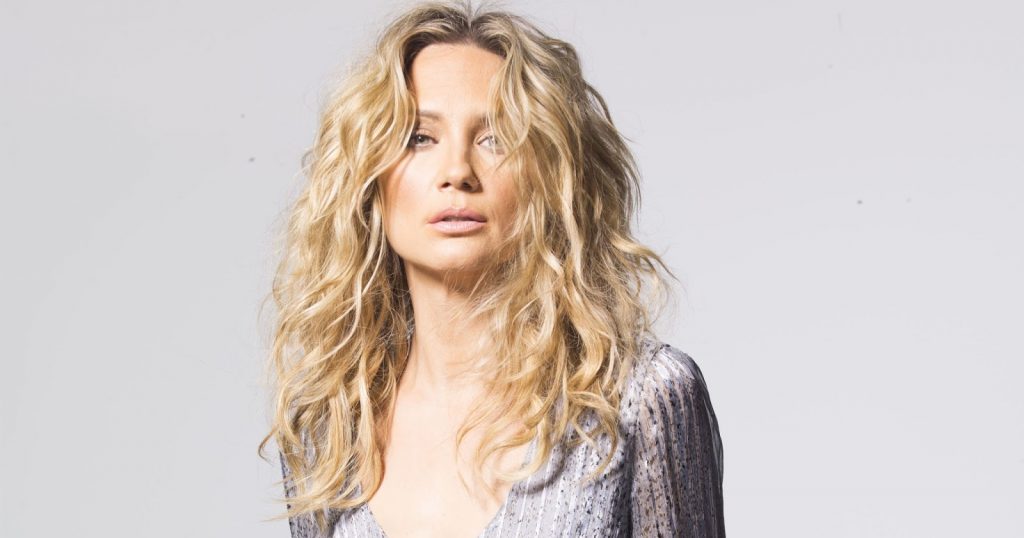 15. Måns Zelmerlöw – Chameleon
The Swedish Eurovision champ provides a varied mix of pop anthems with Chameleon. The set is spearheaded by anthemic Europop tracks Glorious and Fire in the Rain, Måns also delivers a sexy sense of fun with Hanging on to Nothing – another of the album’s standouts. The Swede has charisma by the bucket-load and its evident from the assured pop swagger of this album. 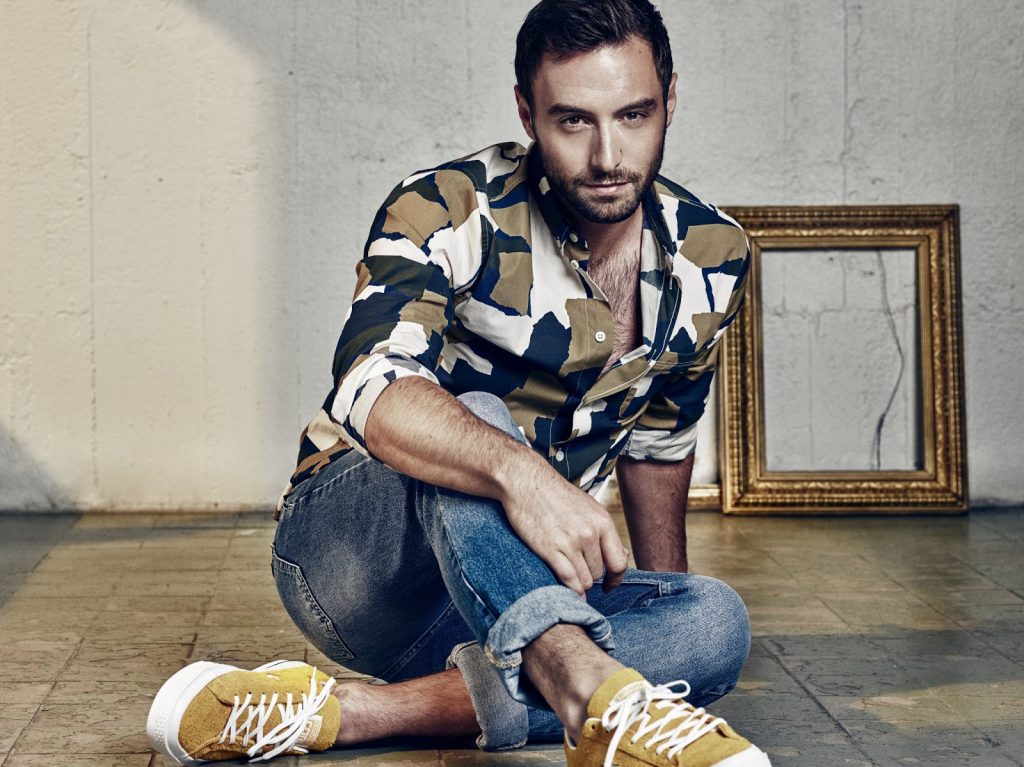 14. Loretta Lynn – Full Circle
The grand dame of country music made a triumphant return to the industry with her first album since 2004’s Van Lear Rose. Lynn assembled a mix of original and cover tracks for Full Circle an elegant and confidently produced traditional country album. Standouts include Everything It Takes and a new version of Whispering Sea. 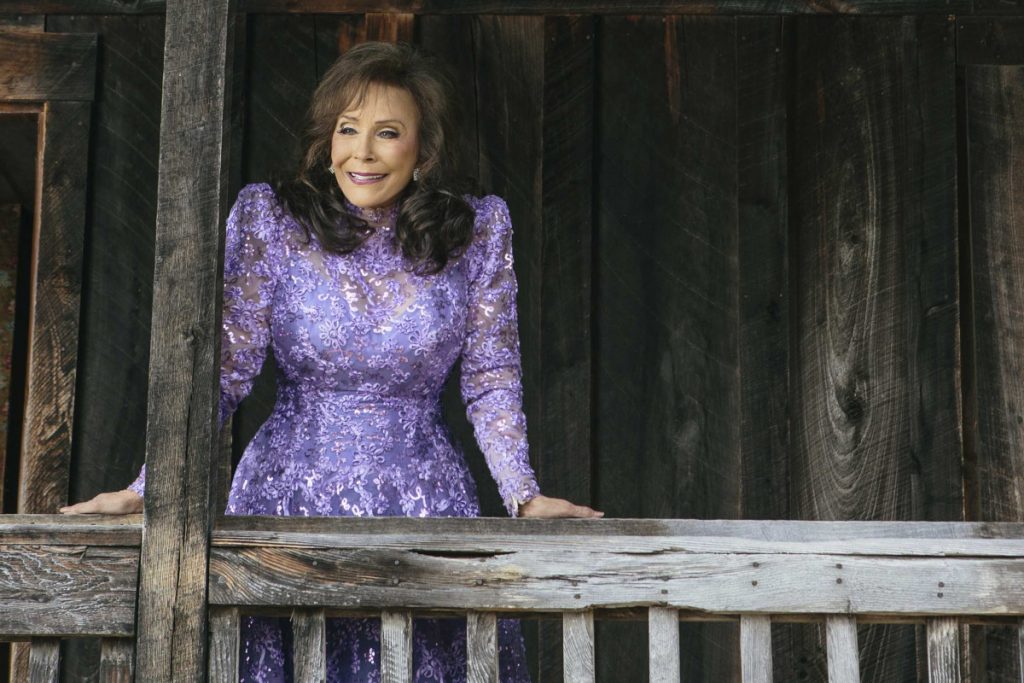 13. Keith Urban – Ripcord
Flirting between the world of country and pop like a male Shania Twain, Keith Urban’s long-time coming Ripcord was an assured collection of high-octane anthems from the bustling Summer spirit of Wasted Time, Fighter and Sun Don’t Let Me Down to the sultry Blue Ain’t Your Colour and heartbreaking Break On Me; Urban provided an eclectic sonic feast. 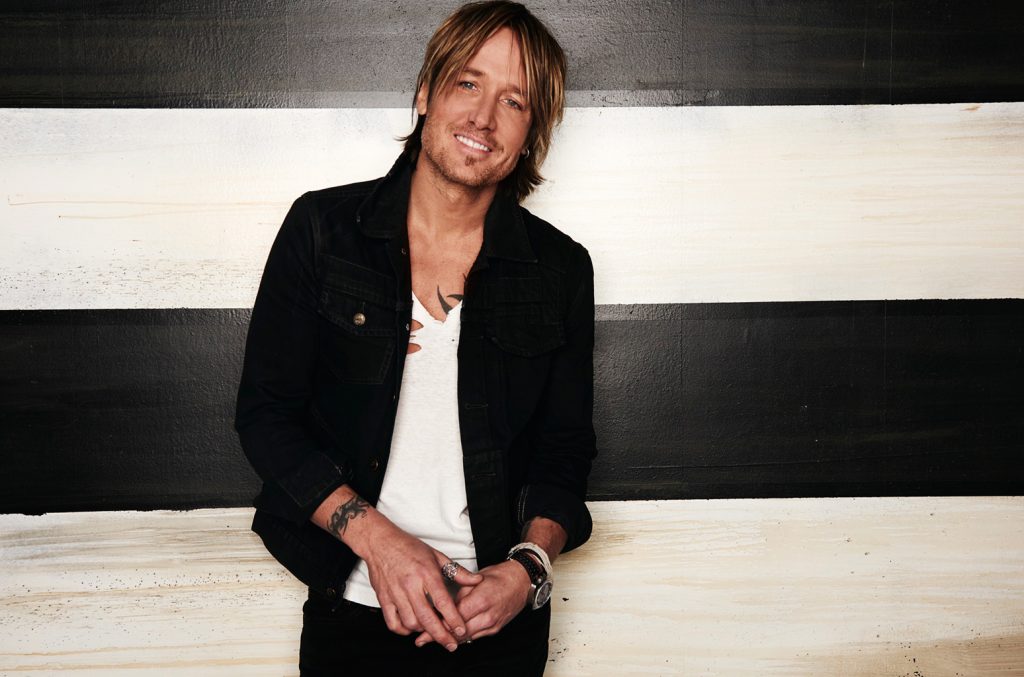 12. ZAYN – Mind of Mine
Stepping away from the boyband that made him a star, Zayn crafted an impressive debut solo outing with Mind of Mine. This selection of sexy R&B tracks that showcase the star’s impressive falsetto range from synth-flavoured dance of LIKE I WOULD to the romantic smoothness of sHe. PILLOWTALK and fOoL fOr YoU mark the other highlights. 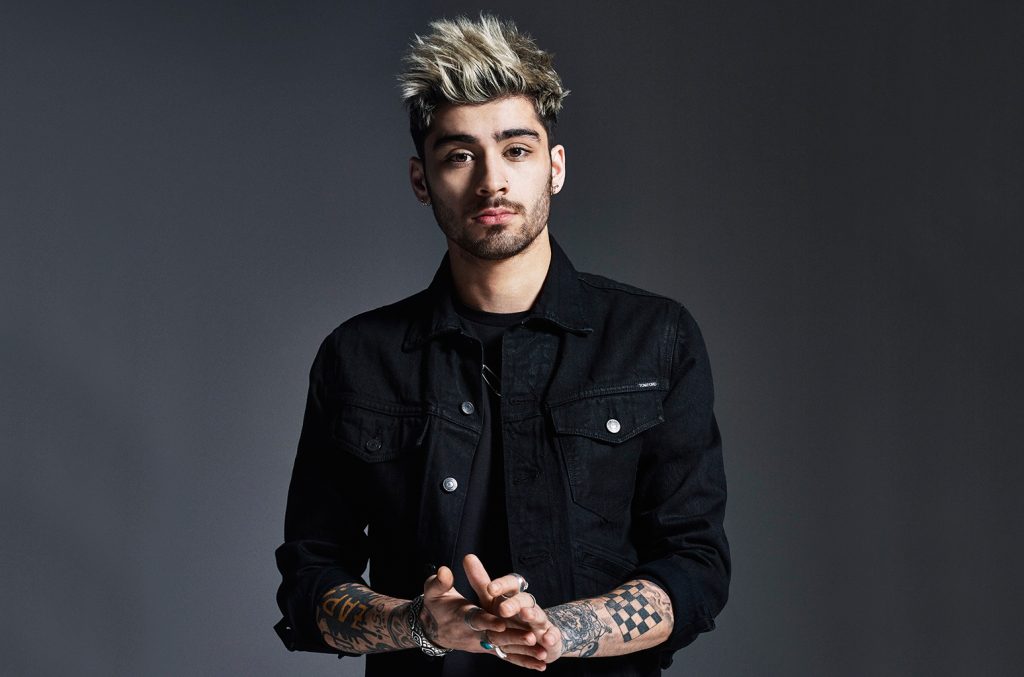 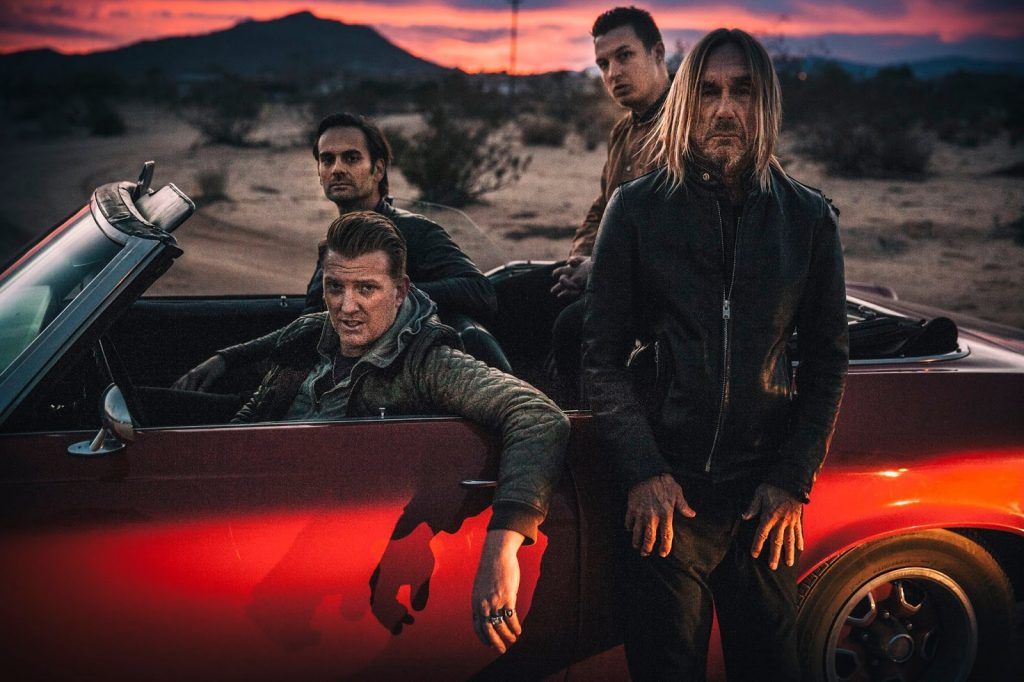 10. Jake Owen – American Love
The easy-going country star returned with a handsome new haircut and uplifting set of tunes on his long-awaited LP American Love. The focus of the album is on breezy good times with tracks like Good Company and American Country Love Song shining with earnest, upbeat mentality – complete with slick production. 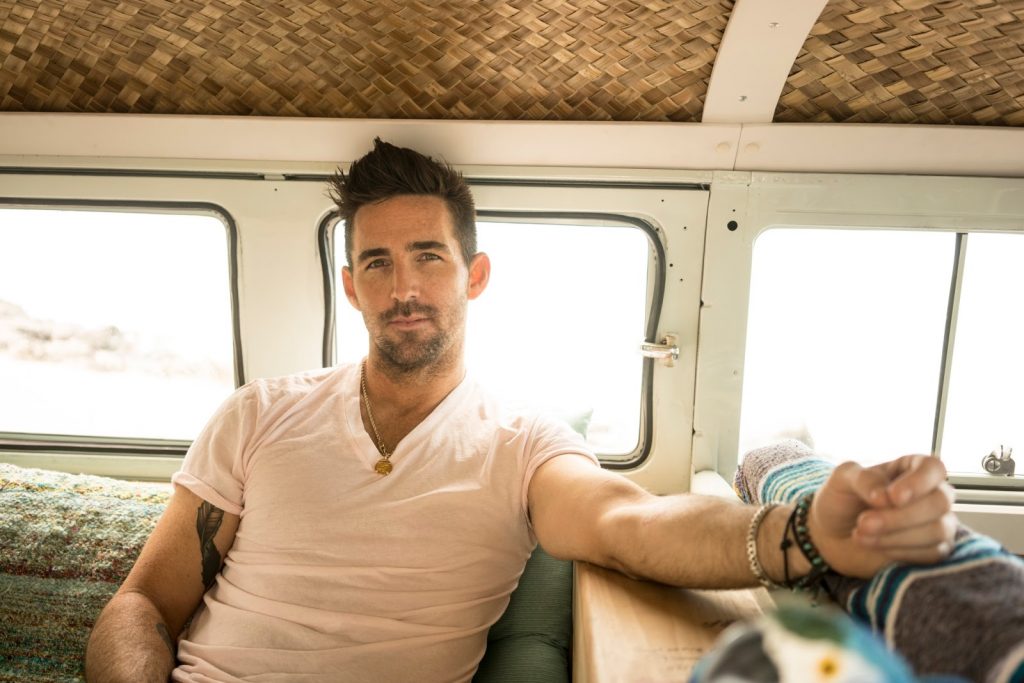 9. Miranda Lambert – The Weight of These Wings
Miranda Lambert delivers a mammoth set of new tracks with the 24-song album, The Weight of These Wings, split into two discs, The Heart and The Nerve. Lambert’s distinctive earthy vocals shine on this set of confident post-divorce country tracks. That much-loved rebel streak is fully apparent on songs like Covered Wagon and Pink Sunglasses, whilst lead-single Vice showcases an admirable vulnerability. 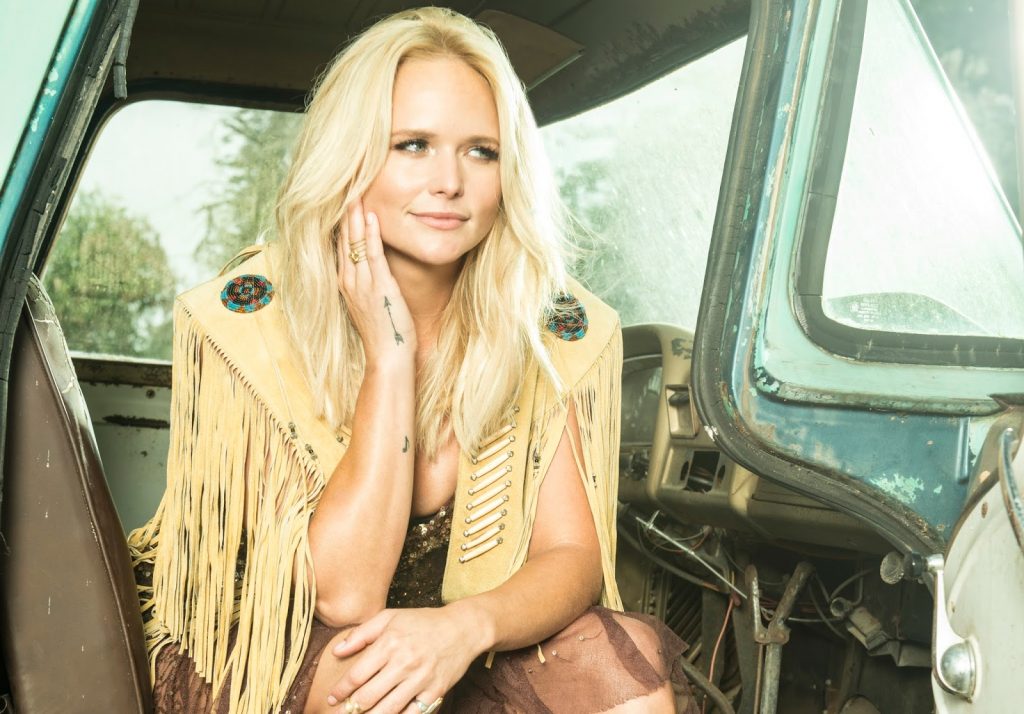 8. DNCE – DNCE
Joe Jonas fronts this album of Prince-influenced dancepop tunes. It’s loud, it’s sexy and it never takes itself too seriously as lead-single Cake By the Ocean would have you realise. There’s an infectious charm and swinging set of pop hooks within every track, with Jonas’s confident swagger and sex appeal selling his brand of musical mischief.  The funky title track, club anthem Naked and current single Body Moves are other highlights. 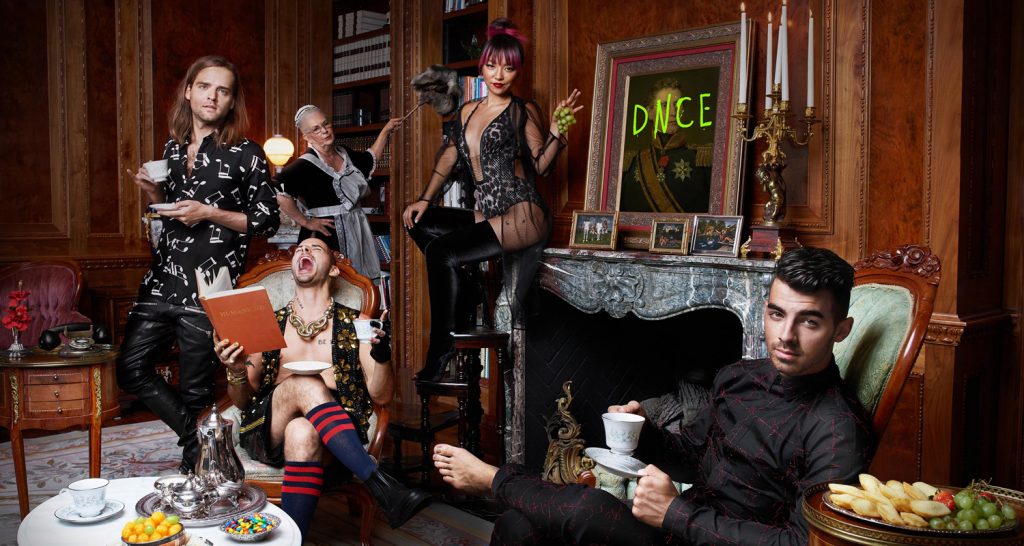 7. Tyler Glenn – Excommunication
Neon Trees frontman, Tyler Glenn, examines the act losing one’s religion and the subsequent liberation that follows in his debut solo LP, Excommunication. The album is made up of thirteen dark and atmospheric pop tracks with a danceable electronic edge. 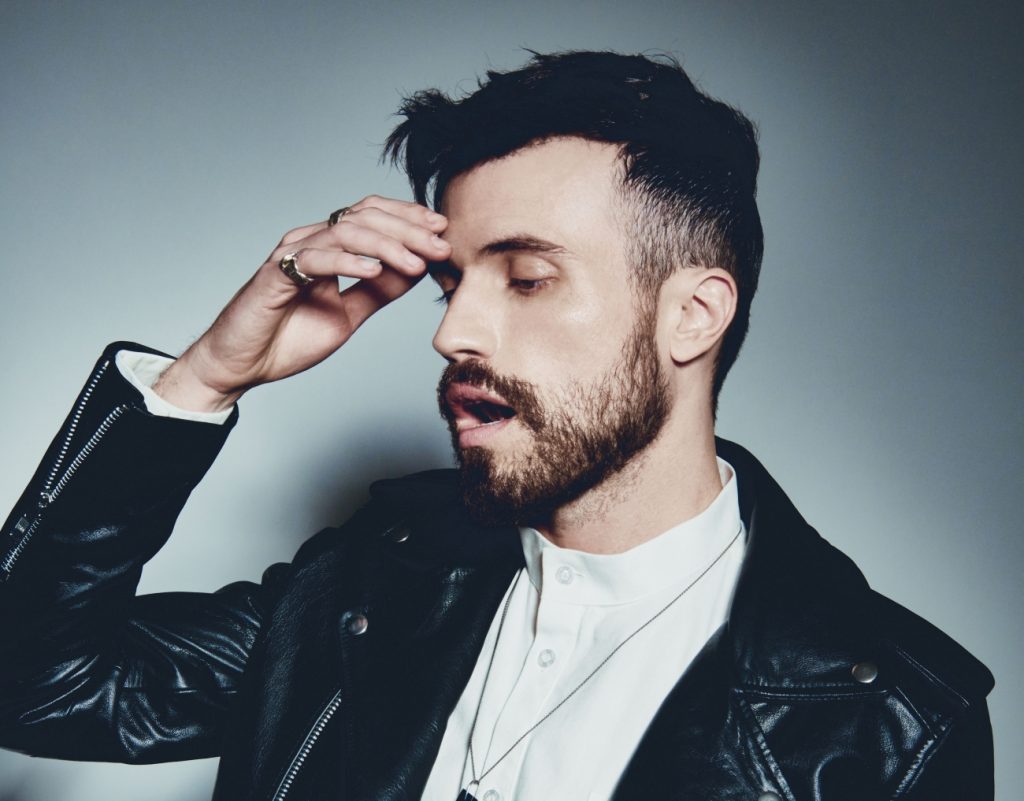 6. Nick Jonas – Last Year Was Complicated
Nick Jonas’s latest album contains the slick R&B and sensual club anthems that made his debut release one of the surprises of 2014. This time he feels more confident and willing to delve into a more personal space with his songwriting – however, Jonas is at his best when he embraces the fun of pop music with tracks like Champagne Problems, Bacon and Under You soaring. 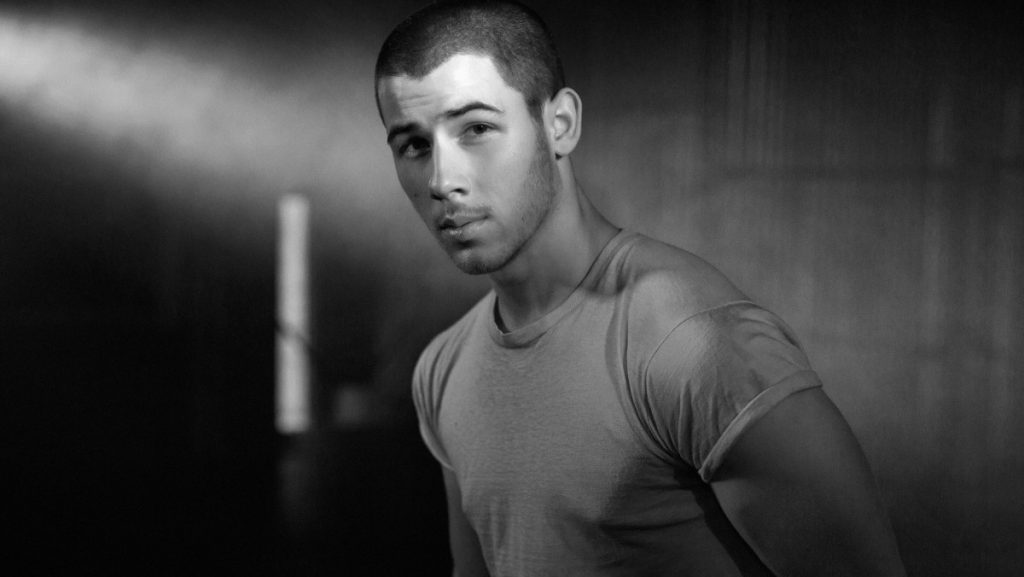 5. Little Big Town – Wanderlust
This surprise mini-LP from the country superstars sees them team-up with Pharell for eight tracks of soaring vocals and funky rhythms. Never quite pop, nor fully country – Wanderlust is an incredible curiosity delivering danceable beats, clever songwriting and flawless vocals. One Dance, Skinny Dippin’ and Work present a band having a bit of fun – something Little Big Town have always been refreshingly good at. 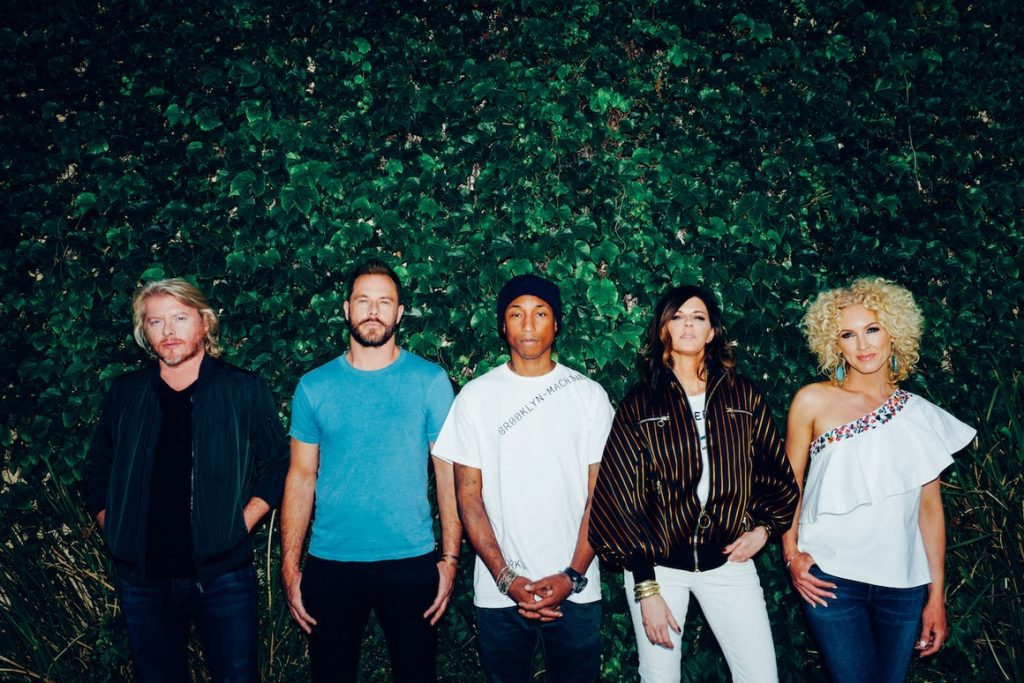 4. Leonard Cohen – You Want It Darker
As a man always accepting of his impending mortality, it seemed You Want It Darker was a fitting LP to be Cohen’s final one. Cohen’s almost-spoken word delivery is entirely befitting of a man settling scores with God, love and the act of living – given a prophetic gravitas by the regular female backing vocalists. These stark epithets range from the curiously upbeat country waltz Steer Your Way to the seering grit of the title track. 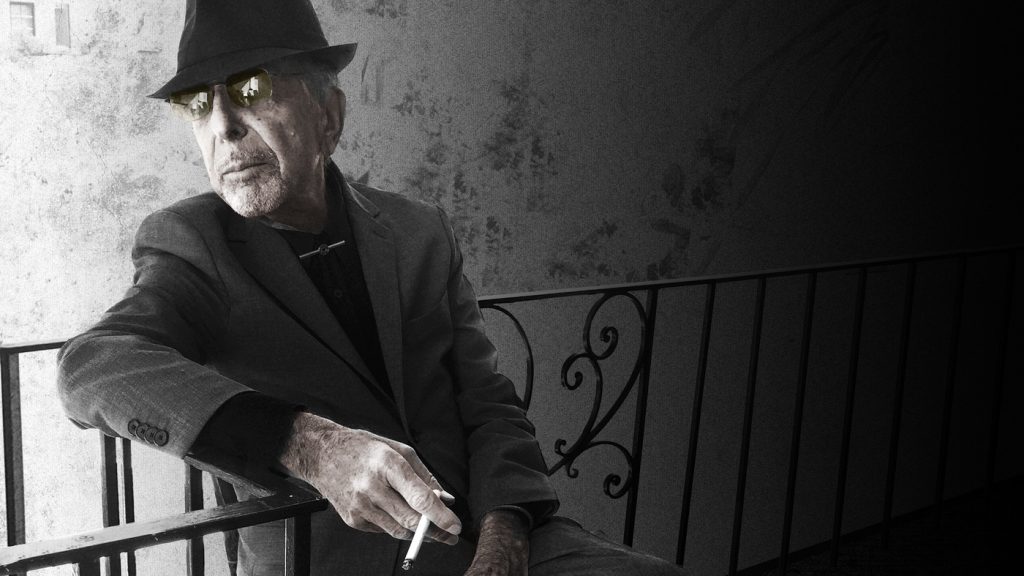 3. ABC – The Lexicon of Love II
Martin Fry returns with a new ABC album and sequel to the group’s biggest LP. Packed with the same cinematic majesty of its successor, Lexicon II delivers smooth synth-pop with Fry’s seamless vocals still intact. Filled with a romanticism and shimmering charm, tracks like Confessions of a Fool, Viva Love and The Ship of the Seasick Sailor are cemented as some of the strongest in the band’s history. 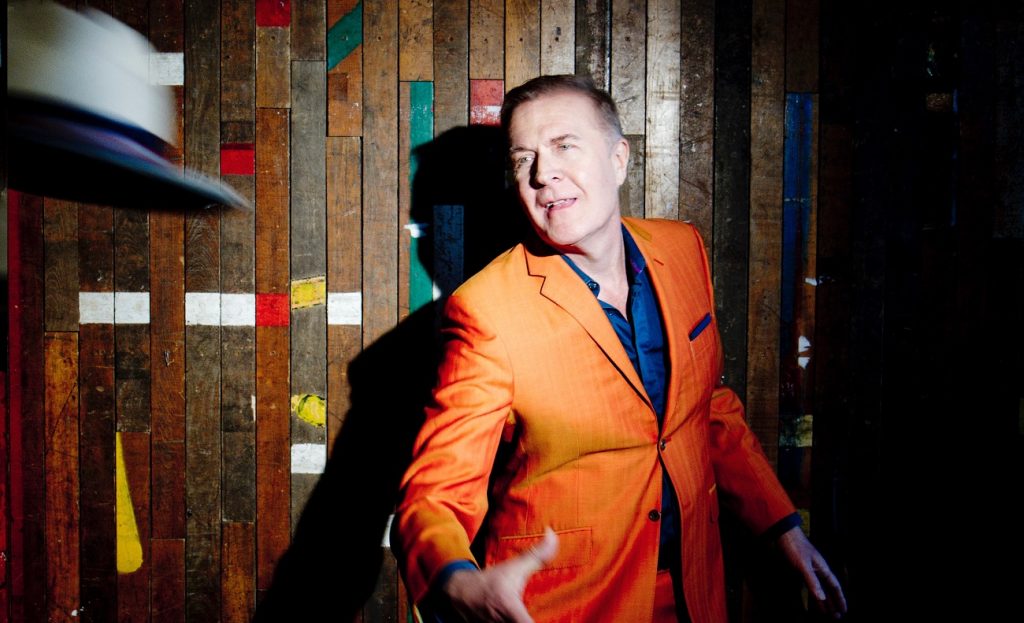 2. David Bowie – Blackstar
Bowie’s drought of new material ended in 2013 with the sublime rock LP The Next Day, and arriving in similarly unexpected fashion was his follow-up Blackstar – which would become his final studio release.  Opening with the sprawling esoteric and desolate title-track, Blackstar soon delves into the word of swirling electronic pop by its final devastating moments with I Can’t Give Everything Away – stopping at hard jazz with ‘Tis a Pity She Was a Whore and mortality tale Lazarus, along the way. Blackstar shines as a testament to Bowie as a performer and musical genius. 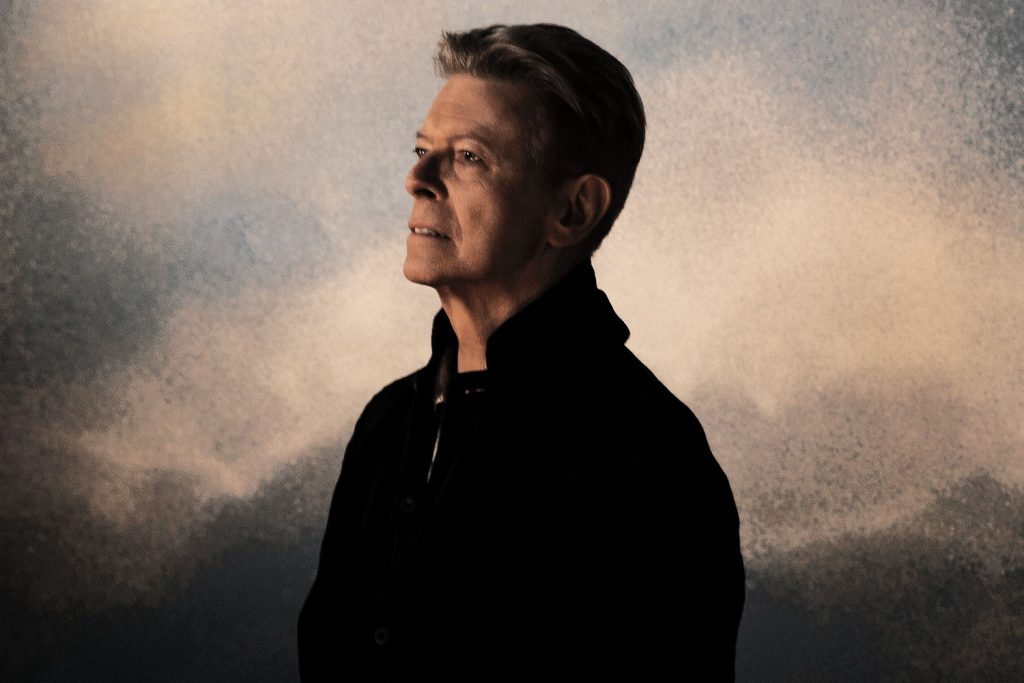 1. Dierks Bentley – Black
Bentley delivers thirteen seamless country tracks with Black, our standout album of the year. Moody and introspective at moments with tracks like Black, Different for Girls and I’ll Be the Moon; whilst others pride themselves on Dierks’ ability to ensure you’re having a good time – like Mardi Gras, Freedom and Somewhere on a Beach. These varied moments are paced out with smooth mid-tempos and unabashed country albums where Dierks delivers that hazy Arizona charm. 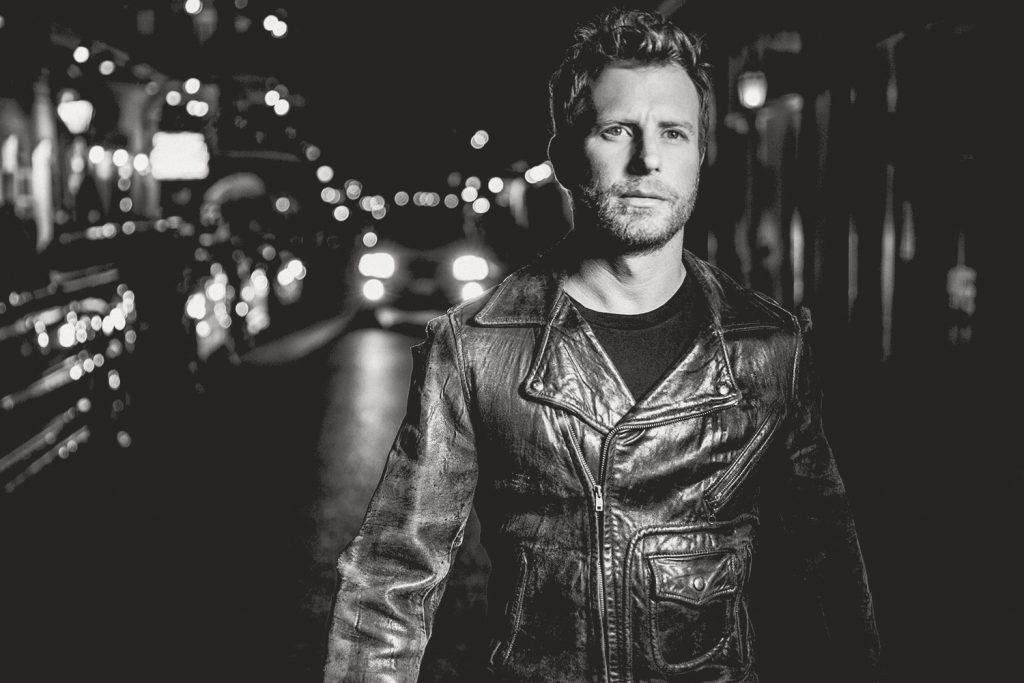