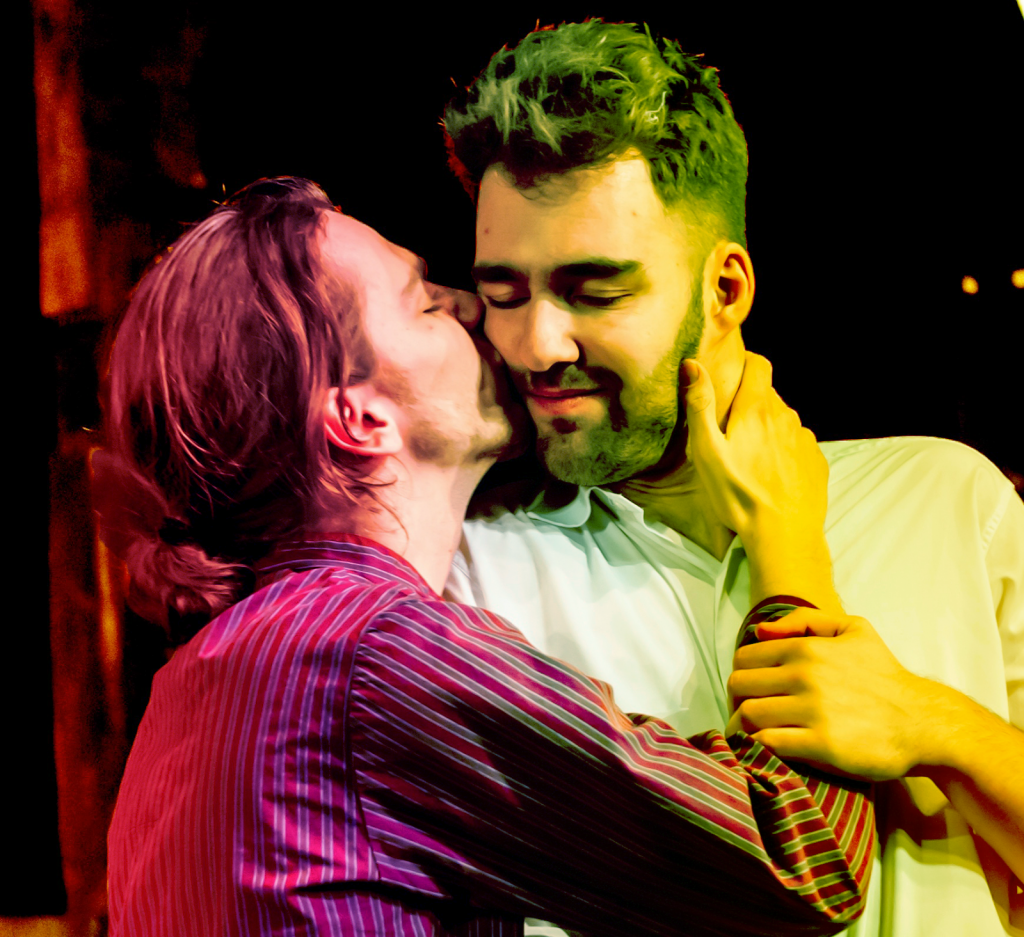 Rory Thomas-Howes writes and stars in A Partnership, directed by Josh Tucker. This two-hander playing the Edinburgh Festival Fringe at the Gilded Balloon’s Patter Hoose venue on Chamber Street delivers two heartfelt performances and sharp humour, but does not achieve the depth it sets out to.

Couple Ally (Ben Hadfield) and Zach (Thomas-Howes) return to their new flat after celebrating Ally’s 30th Birthday. In real time, the pair begin a heated dissection into the long term relationship issues that they have been having and discuss their future together.

Ally notes that he feels an excitement missing from his increasingly grown-up life, with the issues between he and Zach rearing their head as a result of this. Zach, grieving for the loss of his mother one and a half years prior uses this as an excuse for the lack of intimacy between the pair. Yet as this dialogue grows more and more heated, Zach’s internalised homophobia is revealed as he notes he’s looking for a normal life. Sick of the links between pride and sexuality in the gay community, he longs for a more conservative life. Ally feels he is being boxed into the ‘wife’ role in Zach’s hetero-normative fantasy.

There is plenty food for thought in A Partnership despite the fact it feels like it never makes a definitive comment on the issues faced by the protagonists. With topics like monogamy in the gay world, the role of pride, sexual positions, and ‘acceptance’ from heterosexuals, all flirted with A Partnership does not dig into these beyond surface level.

A Partnership does deliver to two heartfelt performances – heightened by a narrative filled with (perhaps a little too many) twists and turns. Ben Hadfield’s Ally craves intimacy and excitement from his partner, whilst Zach longs for ‘normalcy’. The pair bounce off each other with a sparky chemistry exchanging acerbic barbs throughout which are undeniably amusing.

A Partnership does invest us in Ally and Zach’s struggle thanks to strong emotive turns from Hadfield and Thomas-Howes, however, could do so further by digging into many of the themes and concepts that it touches upon with a little more depth.