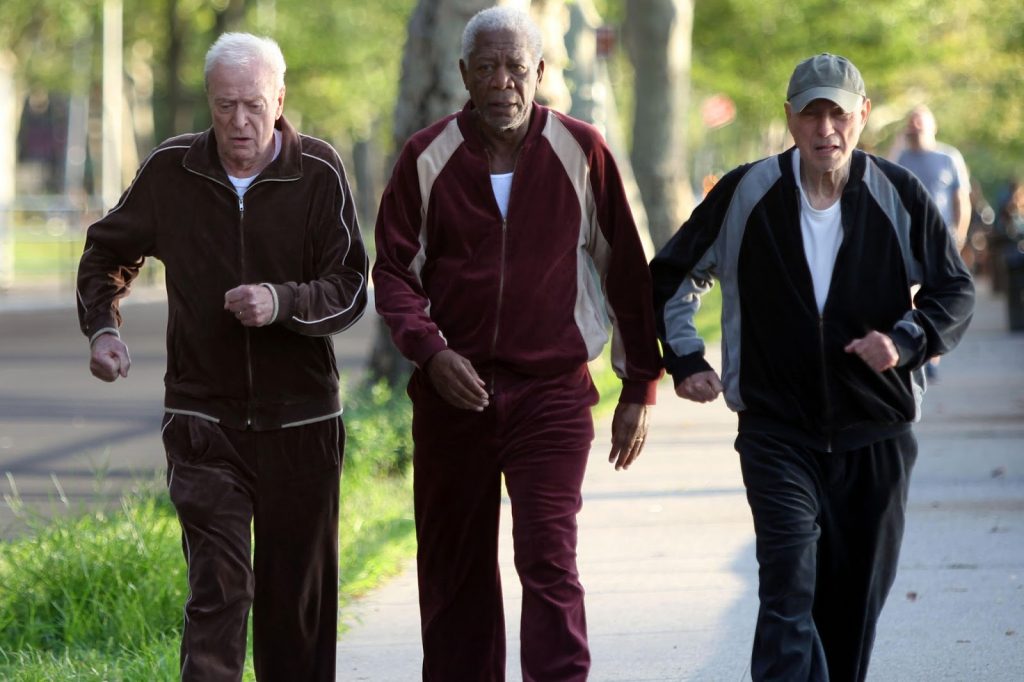 With a cast lead by Michael Caine, Morgan Freeman and Alan Arkin, and a breezily amusing albeit familiar plot – it’s hard to walk away from Going in Style with mean spirits. This tale of three financially struggling pensioners taking back stolen pension money from wall street corruption seems like an overtly conventional/crowdpleasing choice from actor and indie-favourite Garden State filmmaker, Zach Braff. Going in Style is nonetheless an effective, pleasant ninety-five minute romp that provides light amusement and pleasant grandfatherly turns from its three leads.


With his most recent credits including St. Vincent and Hidden Figures, Going in Style is a logical progression for writer Theodore Melfi – delivering similar feelgood narratives without the slight emotional depth that his previous two features dabbled in. Melfi draws his inspiration from the 1979 film of the same name starring George Burns.


Braff’s direction is charm-filled and the actor manages to present three likeable performances from the leads. Each star is delivering their usual shtick – Arkin’s downbeat wisecracker, Caine as the lovable rough diamond and Freeman as the sweet grandfatherly type. Braff successfully ramps up the film’s tension for the impressively slick final act – by which time we are all suitably invested in the narrative and the twee character backstories to be relatively absorbed. There’s nothing unexpected here – instead Going in Style is a playful romp that will tickle an audience of a certain age. Highlights include a shoplifting scene in a supermarket and the lighthearted jibes between our trio of veteran stars. Praise should also go to Braff for the casting of the great Ann-Margret as Arkin’s love interest with the iconic Swedish star delivering the right amount of camp.