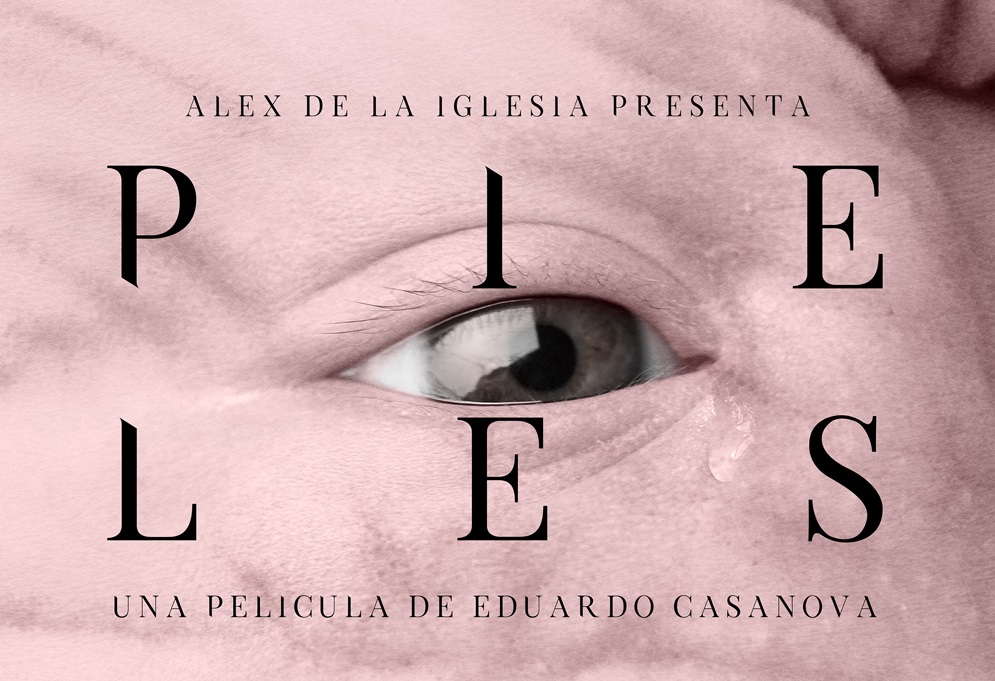 Society’s obsession with aesthetics gets dissected in Spanish arthouse drama Skins (Pieles) from writer-director Eduardo Casanova. The narrative takes the structure of an ensemble drama, following the connected lives of a variety of characters with extreme and unconventional physical disfigurements. Casanova straddles tones between morose and heartbreaking to darkly satirical, boasting a bold aesthetic palette.


A woman with an anus for a mouth, a young boy who longs to lose his legs, a girl with no eyes and several others coping with disfigurement navigate their lives in a world that sees them as outcasts. Yet, at its heart, Casanova’s film is one that seeks to celebrate the body in its natural beauty – whether disfigured or not, Skins is a darkly comic celebration. This is a challenge on conventional preconceived notions of body perfection – as well as our own prejudices – and Casanova seeks to subvert and challenge these. An example of this subversion being the casting of beautiful male model Jon Kortajarena as a man with severe facial disfigurement – Kortajarena is magnificent in this performance that contemplates the blurred lines between inner and outer beauty.


Casanova’s films plays with similar themes to acclaimed auteurs John Waters and Alejandro Jodorowsky in its exploration of the inner beauty of those with physical disfigurements. Yet the quick-wit and aesthetics of Pedro Almodovar strike true, while the morose nature of Todd Solondz’ filmography creeps through in the contemplative tone of Skins. There is real heart in the empowering tale of  Samantha (played by Ana Polvorosa, a girl with an anus where her mouth should be (previously featured in Casanova’s earlier short film, Eat My Shit). Casanova provides us with the challenging and obscene and forces us to confront it.


The real star of Skins, is the aesthetics. Shot in lurid pink settings, with similarly pink clothing and exteriors – Skins is a masterclass in kitsch and the artificial (further heightened with the use of Spanish pop music). The Pop Art tinged canvas boasts echoes of Andy Warhol by the way of Barbara Cartland’s personal fashion choices.  It’s the most visually exciting film of this year.


Skins is now streaming on Netflix.