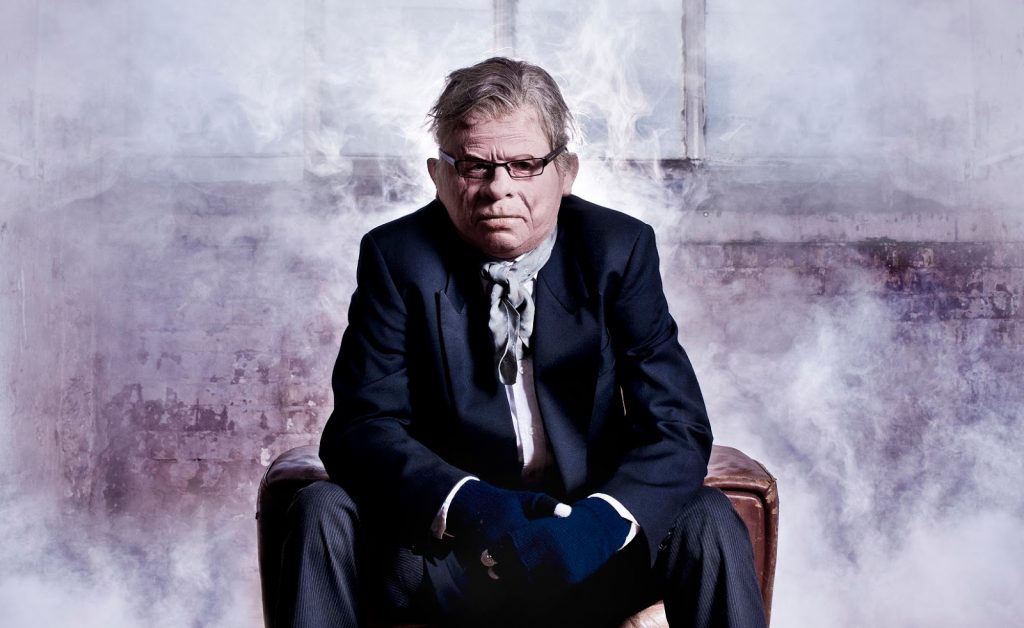 Masked Twitter phenomenon West End Producer arrives at the Edinburgh Festival Fringe with Free Willy – his elaborate audition process for his musical based on the nineties children’s film. West End Producer: Free Willy has just as many dropped names and willy gags as you would expect in this madcap faux-audition.

West End Producer is casting his musical adaptation of Free Willy and in this open audition process, sings us through the songs, auditions us for roles in the seaweed chorus and dolphin ensemble, and also auditions the cast of the Friends musical, Friendsical.

As we enter the Assembly Checkpoint venue, West End Producer greets each individual audience member asking us to sing lines like “Bang Bang Chitty Chitty Bang Bang” and stretch our vocal chords. It’s a sampling of the manic fun that is about to hit as we enter the audience for the Free Willy auditions. Not to fear those of you that hate audience interaction, it is only a safe waving of hands and the odd jazz hand that is expected from the majority of us.

Bouncing in on an inflatable whale pool toy, West End Producer talks us through the plot of the Free Willy musical – inviting us to sway as part of the seaweed chorus and to make dolphin sounds as part of the ensemble. He sings us through the amusing songs from this musical, whilst dropping lewd anecdotes about Lloyd Webber, Sondheim, Michael Ball and even Ross Kemp. The anecdotes are silly and West End Producer’s patter with the audience is quick and gently amusing. The target audience is undoubtedly musical theatre fans with a lot of the jokes specific to the genre.

The solo process of the show does not have the mileage for a full hour and the Free Willy jokes do eventually begin to lessen in their impact. Thankfully, the final act of West End Producer: Free Willy sees the cast of Friendsical join our masked maestro on stage and the structure of the show changes somewhat. Becoming more of an interview, this change of pace livens things up further with the guests proving game and eager to join in the audition fun.

West End Producer: Free Willy requires you to embrace the madness that is a masked man singing about Free Willy asking you to pretend to be a dolphin. Our host is gently amusing and the dropped names, double entendres and guest interaction helps this piece shine.