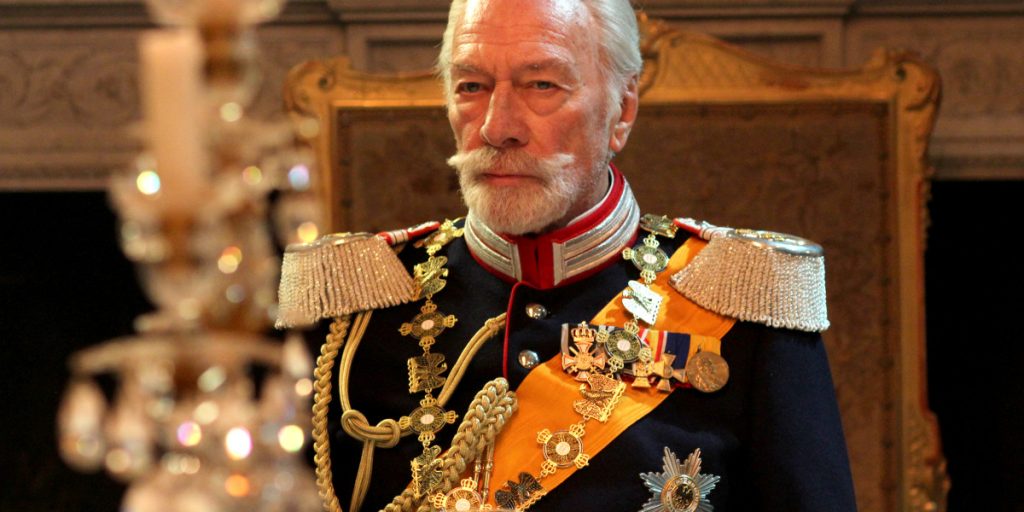 It seems like it has taken an age for The Exception (previously The Kaiser’s Last Kiss) to arrive, but the Christopher Plummer starring film edges closer to its June release date. Here’s the official synopsis:

“German soldier Stefan Brandt goes on a mission to investigate exiled German Monarch Kaiser Wilhelm II. The Kaiser lives in a secluded mansion in the Netherlands, and as Germany is taking over Holland, the country’s authorities are concerned that Dutch spies may be watching the Kaiser. As Brandt begins to infiltrate the Kaiser’s life in search of clues, he finds himself drawn into an unexpected and passionate romance with Mieke, one of the Kaiser’s maids.”

Plummer is astute casting for the role of Kaiser Wilhelm II – a historical figure whose fascinating story is not often explored on screen. This also seems like a welcome dramatic turn for Jai Courtney who has steadily been establishing himself as a talented character actor. Rumour has it he also goes frontal in this too (!!!).
The Exception hits DirecTV on April 27th, but get its official cinema release June 2nd (in the US).