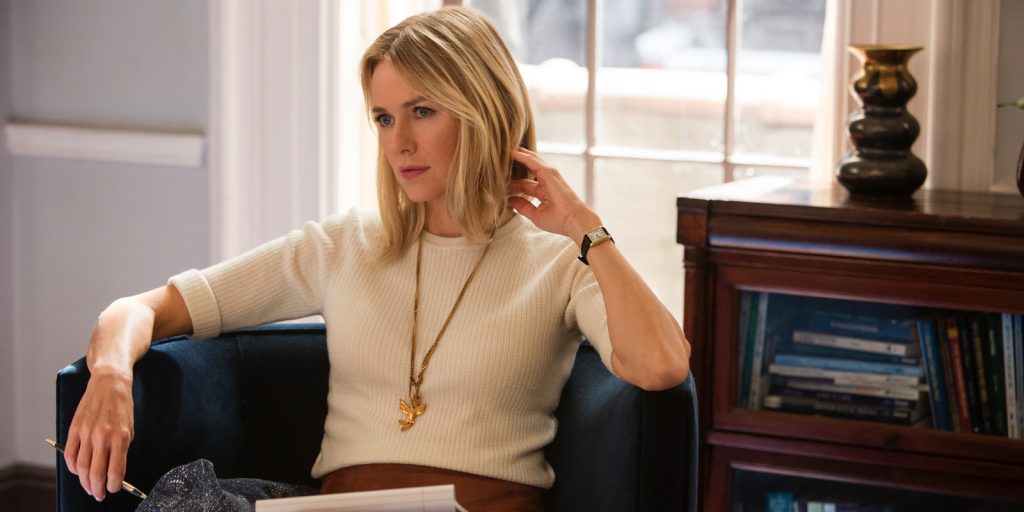 Your newest Netflix binge will soon be arriving in the form of original series, Gypsy, starring Naomi Watts. The series sees the actress play a therapist who begins forming unhealthy attachments to her patients. Count us in. Read the full synopsis below:

Gypsy is a ten-part psychological thriller that follows Jean Halloway (Naomi Watts), a Manhattan therapist with a seemingly picturesque life who begins to develop intimate and illicit relationships with the people in her patients’ lives. As the borders of Jean’s professional life and personal fantasies become blurred, she descends into a world where the forces of desire and reality are disastrously at odds. In addition to Watts, Gypsy also stars Billy Crudup (Spotlight) as Jean’s husband Michael Halloway, Sophie Cookson (Kingsman) as Sydney, Lucy Boynton (Murder on the Orient Express) as Jean’s patient Allison, and Karl Glusman (Nocturnal Animals) and Jean’s patient Sam.

Netflix, you had us at Naomi Watts – but Karl Glusman is a welcome addition. Gypsy debuts June 30th.