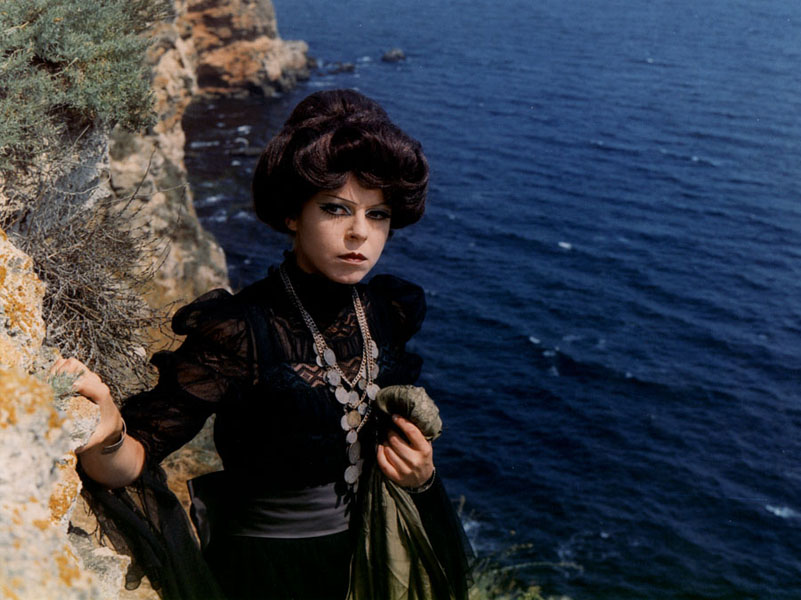 Morgiana is a Gothic horror from Czech auteur, Juraj Herz, known among cult film enthusiasts as the director of 1968 film, The Cremator. Morgiana is an altogether different tale: one of sumptuous Gothic kitsch and Sadeian nastiness with enough venom to present itself as a period What Ever Happened to Baby Jane?


Based on the 1929 novel by Alexander Grin, Jessie and Morgiana, Herz’s film follows two wealthy Czech sisters and the deterioration of their relationship through greed, lust and black magic. Iva Janžurová plays both sisters – beautiful Klara, who inherits her father’s wealth and estate; and the jealousy-crazed Viktoria. Of course Klara is also the sister who faces no issue in attracting a suitor, something that only adds to Viktoria’s venom and ultimate plot to murder her sister.


Morgiana is an under-appreciated curiosity that gains beauty through its refined Gothic setting of an old creaking Czech castle and the contrast of its sun-stroked exteriors. Add into this a refined selection of costumes, delicious colour photography and a light early-seventies sprinkling of Eurotrash titillation and sex and you have a ready-made cult gem. There’s something refreshingly simple in the fairy tale inspired narrative which compliments the period aesthetics – with this story of two feuding sisters – the twisted evil sister (complete with pet cat, overstated drag make-up and a wardrobe filled with black clothes) and the gentle good sister (red haired, rosy cheeked, kind-natured).


As the Gothic supernatural begins to creep into the camp feud narrative, then Herz’ further elevates the fun. Proceedings can grow outlandish – but Morgiana remains wonderful to watch and a deliriously exciting piece of feminist camp.