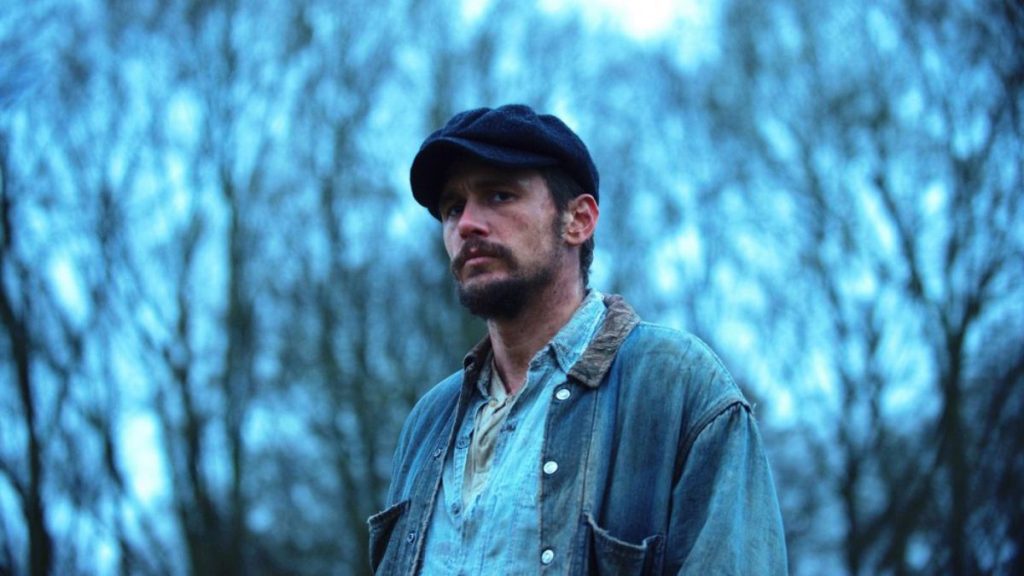 James Franco is quietly becoming the gatekeeper of classic American Gothic literature adaptations. The actor-writer-director has had a productive few years with Cormac McCarthy’s Child of God, two William Faulkner adaptations (As I Lay Dying and The Sound and the Fury), Jim Steinbeck’s In Dubious Battle, and soon William Gay’s The Long Home, Franco is asserting himself as a master of the genre. In Dubious Battle shows Franco’s clear understanding of and passion for his source material by capturing the rage-filled tone of Steinbeck’s book.

Based on Steinbeck’s 1936 novel, In Dubious Battle follows, Mac (Franco) and Jim (Nat Wolff), worker’s rights activists who infiltrate a group of apple pickers in California. The timing of this move is perfect, with the pickers being told by their landowner boss (Robert Duvall), that they are not entitled to an increased wage. What follows is a bitter and simmering feud between the workers and their landowners that pushes all to their limits.

Franco’s film is soaked in realistic period detail, making the most of the evocative farm and orchard settings. Whilst there is initially a picturesque beauty in these sun-touched orchards, this transpires into an aesthetic of pain and struggle as the strike mounts and workers become weather-beaten, exhausted and volatile. Bruce Thierry Cheung’s cinematography captures this mood through the dark, derelict workers’ camp and further in the dank mud-filled forest settings. These conditions only heighten the taut dramatic tension that is slowly built up through Matthew Rager’s screenplay and Franco’s direction.

Rager manages to explore the sheer frustration of the striking process through a narrative that gradually takes seeds of unrest (through Mac and Jim riling up the workers) and turns these to a flat-out feuding standstill. Within this Franco invests us emotionally with the workers by capturing the injustice of this unfair battle – Duvall’s landowner with more power, resources and dirty tricks (road blocks, hired goons, weaponry) – putting the workers at a continued disadvantage. Yet this is what makes In Dubious Battle such an empowering watch, as the underdogs continually band together to launch their comeback amidst the tragedy and destruction which they continually face at the hands of their employers.

This simmering rage is further captured in the character transitions of In Dubious Battle – primarily of Wolff’s Jim – the cautious rookie who grows in confidence and anger as the narrative progresses and the strike escalates. Wolff brings an everyman appeal to Jim who soon becomes the driving force behind the strike. Franco provides a magnetic turn as Mac – the more experienced of the activists – who is even thrust out of his depth by the current strike. Support from Duvall, Ed Harris, Sam Shepard, Vincent D’Onofrio, Selena Gomez and Josh Hutcherson adds further credibility to this tale.

In Dubious Battle is an impressively-staged glimpse at the rage, frustration and injustice of the striking process. Franco taps a raw emotional nerve in this thrilling piece of American Gothic cinema.