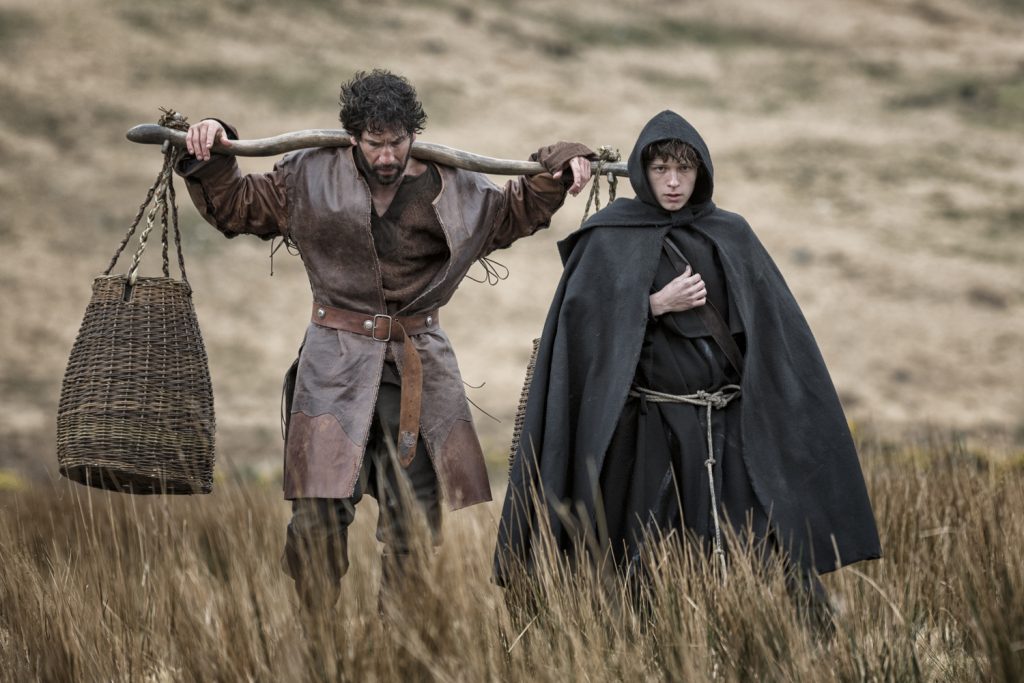 Before Tom Holland hits the A-List as the new Spider Man, he stars in 13th-century set Irish indie action-drama, Pilgrimage. Brendan Muldowney’s film has all the makings of a midnight movie hit, but opts for an alternative direction with some poetic direction and a straight-faced tone.

In 13th Century Ireland, a small community of monks are tasked with transporting a religious artefact to Rome by The Cistercian (Stanley Weber). However their journey is interrupted by Norman invaders with the group being thrust into a deadly battle to keep the artefact safe.

Like many I was expecting a rather straight-forward action picture, yet Pilgrimage has echoes of more sophisticated features like Valhalla Rising about it. Directed with an undercurrent of the supernatural about it, director Muldowney and cinematographer Tom Comerford craft a tale of religious superstition and mysticism. The Irish landscape makes the perfect setting for this narrative, with the land’s coastal beauty and unsettling rural forestry lending an almost mystic aesthetic quality to Pilgrimage. This is echoed by a soundtrack mostly composed of eerie religious chanting which only furthers the sense of speculation and intrigue surrounding the powers of this religious artefact.

Yet, juxtaposing the mystic elements of Pilgrimage comes an almost exploitative level of gore and slick action set pieces. Whilst this carnage is undeniably going to be satisfying to a genre fan, it never quite marries up with the poetic and mystic build-up that the film receives. This sees the narrative shift with Jon Bernthal’s troubled mute character doing battle with dozens of ravenous soldiers turning the film into something of a straight-to-video action picture and not the brooding mystic piece it was channelling before. The prevalence of action spectacle over the previous mystery gives Pilgrimage a somewhat familiar narrative direction and damages the momentum previously built-up. Fortunately Comeford’s earthy depiction of the Irish setting remains unscathed.

A talented cast leads further conviction to Pilgrimage. Stanley Weber excels as The Cistercian sent to retrieve the artefact, transfixed by his holy mission to retrieve it safely. Bernthal adds a further sense of mystery as the brooding mute of the pack, whilst Richard Armitage has the chance to chew the scenery. Holland lends some charisma to the fold as the young monk pushed to his extremes on this blood-soaked mission.

There is much to admire about Pilgrimage – particularly its aesthetic charms and its unsettling, evocative tone. More conventional action aspects of the narrative lead into overly familiar territory, but there is still some entertainment to be found here.