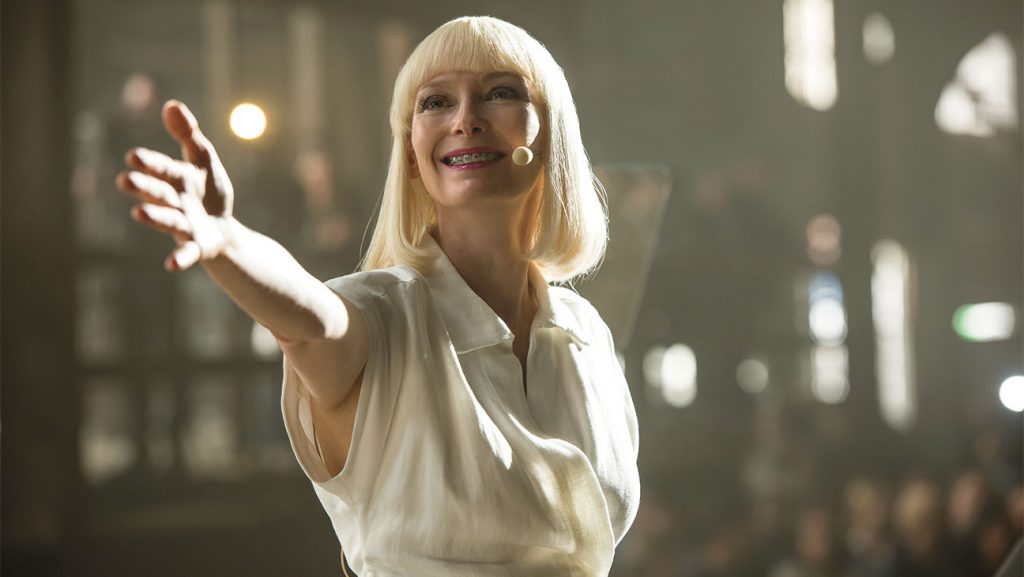 Bong Joon Ho provides an ambitious, eclectic piece in Okja – a sweet-natured comic-drama that examines humanity’s relationship with animals. Tapping into a vast array of emotions, Okja is a tonally varied watch that touches and amuses simultaneously.

In the mountains of South Korea, Mija (An Seo Hyun) has been tasked with raising superpig Okja for ten years, completing the task in idyllic peace. However, this is shattered when Okja is taken by global conglomerate, the Mirando Corporation (headed by Tilda Swinton’s Lucy Mirando), who tangle up the animal in a marketing ploy – whilst hoping to produce a number of processed snacks from the creature.

Bong Joon Ho and Jon Ronson’s narrative manages to make a profound statement on animal rights and commercialism, whilst amusing and entertaining. Okja’s narrative takes time to build-up Mija’s relationship with her affectionate superpig in a number of touching scenes in rural Korea – ensuring that we are drawn into this touching dynamic. We’re subsequently invested in the undeniably cute Okja and his sweet relationship with his charming owner, ensuring we are touched by the coming separation of the two best friends.

What follows is a nostalgic globe-trotting adventure caper narrative as Mija hunts to rescue Okja through South Korea and the USA with the help of animal rights activists lead by Paul Dano’s Jay. Here elements grow fantastical as a ten year old is pitted against a shady global corporation headed by the unnaturally saccharine sweet Lucy Mirando and the face of her company Jake Gyllenhaal’s Dr. Johnny. This dynamic allows Bong Joon Ho to present multinational corporations with a sharp cynicism – especially those, like Mirando Corp., that deliver a facade through an ethical, friendly public face via persuasive marketing. Whilst Okja is a highly satirical and fantastical piece, there is without doubt an eerie degree of subversive authenticity in this tale.

There is a real darkness lurking in Okja’s final act which examines man’s relationship with animal and the commercialised brutality of the food chain. There is a deep undercurrent of sadness when we explore the full extent of Mirando’s superpig competition with these scenes echoing the chilling scenes of non-narrative documentary Baraka. Whilst Okja has elements of light-hearted caper, there is a deeper narrative theme play here.

An Seo Hyun leads Okja with a skill and authenticity that would imply decades within the film business – hugely impressive for a young performer. Tilda Swinton echoes her performance in Snowpiercer as the Mirando siblings – Lucy in particular, a CEO desperate to succeed and be loved simultaneously. Jake Gyllenhaal’s performance proves too much – almost juvenile in its over-the-top style, hampering the previously skilfully crafted comic tone of Okja. Support from Shirley Henderson restores some of this fine comic balance.