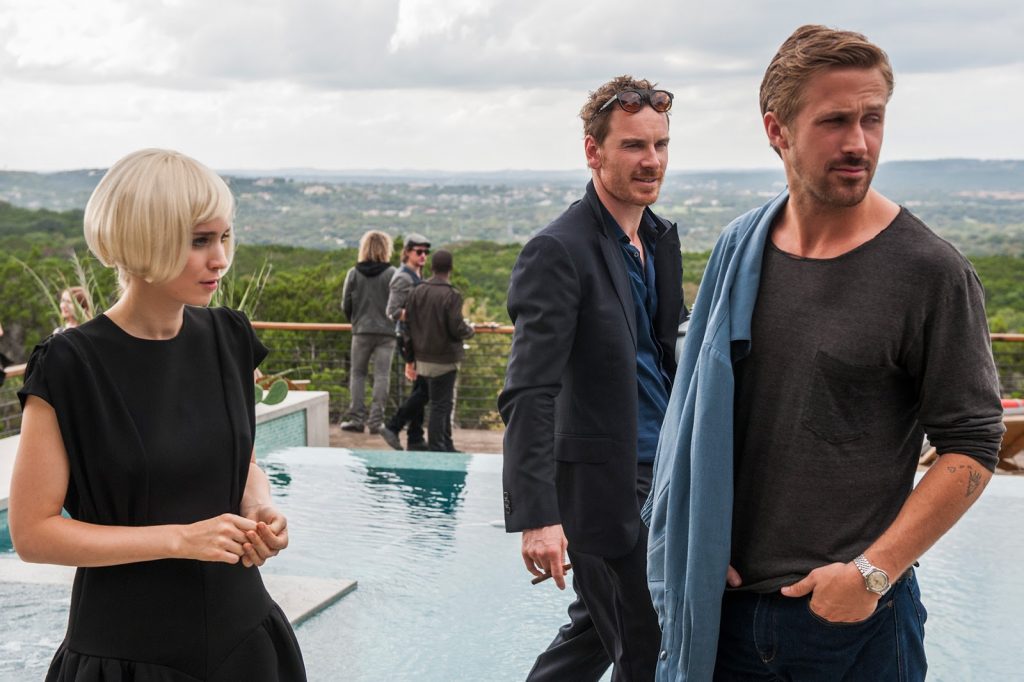 There’s a poetic visual power in Terence Malick’s Song to Song, yet without the narrative backing, it is never quite enough to fully engage through the film’s somewhat monotonous 129 minute runtime.

Written and directed by Malick, Song to Song centres on two entangled couples, songwriters Faye (Rooney Mara) and BV (Ryan Gosling), and music mogul Cook (Michael Fassbender) and his waitress girlfriend (Natalie Portman). Set against the backdrop of the Austin music scene, the film loosely explores the challenges faced by each couple balancing their dreams with their relationships.

Malick attempts (and generally succeeds) in capturing the poignancy of the everyday in Song to Song, with the film feeling more like an art project than a narrative piece of cinema. Sumptuously shot depictions of the Austin cityscape, birds soaring through the skies, and the electric bustle and energy of live music gigs, allow Song to Song to craft an intriguing aesthetic picture. Whilst Malick captures the beauty of his locations, he seems more focused on capturing the beauty of his female stars, Portman and Mara, too often lingering the camera on the actresses’ bodies at every possible opportunity – like a leering old man whose eyes linger a little too long on his stars. This becomes so frequent that it actually has the reverse effect than intended, not romanticising them, but overexposing them so much that we don’t care. Interestingly, the film’s male stars Gosling and Fassbender are not subject to this voyeuristic eye.

Song to Song feels largely improvised and the narrative that binds together the occasionally poetic imagery of Malick’s feature feels undernourished and barely developed. With hushed narration from the film’s female stars, Malick attempts to develop some narrative structure yet this feels too little, too late. Instead we are forced to piece together events through chaotic, underdeveloped exchanges between the film’s characters that lack any narrative momentum or potent build-up. Whilst Malick opts for a dreamlike approach with Song to Song, it generally feels futile without a succinct or even semi-structured narrative backing resulting in the film feeling esoteric, isolating and more often than not, flat out dull.

Song to Song gains some scattered excitement through electric snippets of live music gigs. These have a wild and frantic energy that acts like a much needed kick of life to the film, yet these scenes are generally too short. This does allow for Song to Song to include some cameos from Big Freedia, Iggy Pop and Val Kilmer – the latter getting to use a chainsaw to carve an amp in half. Supporting turns from Holly Hunter and Cate Blanchett feel similarly underutilised as the music-themed cameos.

Fortunately Song to Song gains some credibility from the natural charisma of its four lead actors. Fassbender brings a welcome manic energy to the proceedings but does not have the narrative direction to channel it anywhere, whilst Gosling makes an impression as the slightly more muted brooding artistic type. Mara and Portman feel like vessels for the pain and selfishness inflicted by the male characters, yet for Malick their presence seems mostly rooted in their physicality.

When successful Song to Song can feel poignant in its dreamlike lingering – yet more often than not it is a languid, isolating and frustratingly unfocused experience.