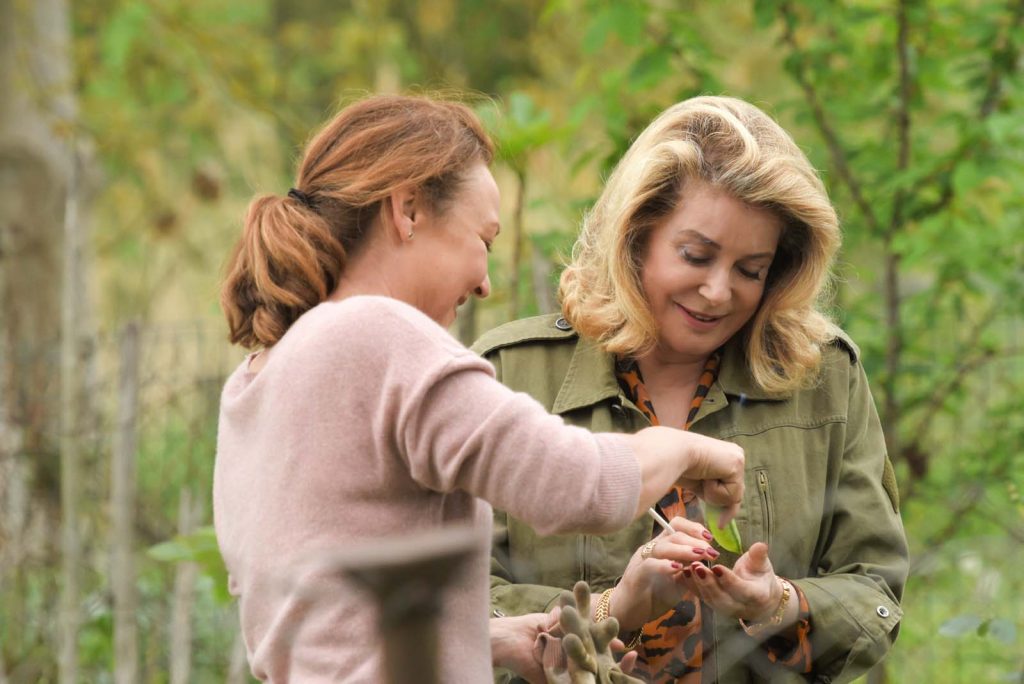 French screen queens Catherine Deneuve and Catherine Frot are paired in Martin Provost’s The Midwife (Sage femme), a quietly touching drama that centres on the subject of forgiveness.

Claire (Frot), a frosty midwife, gets a visit from a figure from her past: her late father’s former mistress, Beatrice (Deneuve). Beatrice brings with her a wealth of personal problems as she tries to make amends for abandoning Claire’s father several years prior.

Provost has crafted a film centred on the relationship of two strong females and one that feels traditional in its aesthetics and narrative direction. The pairing of French screen titans, Deneuve and Frot, ensures that this is a tale that will have some emotional impact – even with Deneuve playing somewhat against type. Provost explores the frayed relationship between Claire – a headstrong (somewhat too much so) and overtly cautious woman living out her fifties in quiet monotony. Beatrice on the other hand proves an exciting contrast; loud, chain-smoking, gambling, leopard-print clad and high boozing. The pairing of these night and day protagonists and the subsequent of the transitions they help each other, makes up most of the narrative of The Midwife.

At the heart of this tale, Provost’s film is one centred on forgiveness. The Midwife finds its heart in the growing relationship between Beatrice and Claire, despite their differences. The frosty Claire warms to the extroverted Beatrice, finding gradual strength in her ability to take on new challenges and explore new horizons – such as her friendship with Paul (Olivier Gourmet) who owns a neighbouring allotment. Beatrice meanwhile accepts the fact she must seek medical support to address her ailing health, thanks to Claire’s guidance. Each of these women find strength and stability by learning from the other. Provost fills the film with quietly touching moments such as Claire and Beatrice viewing stills of the man that unites them, ultimately crafting a breezy but nonetheless gently inspiring tone throughout the midwife.

The joy of the feature, however, lies in the pairing of Deneuve and Frot. Frot brings an icy sarcasm and downtrodden humour to the fold, whilst Deneuve has fun with Provost’s witty one-liners and the character’s troublemaking playfulness. The veteran actress steps into this provocative role with the reckless abandon you would hope.

The Midwife may perhaps be too gentle and quietly unassuming for its own good, and despite impressive performances, this is not likely to be a film that sticks with you for much longer than its runtime.