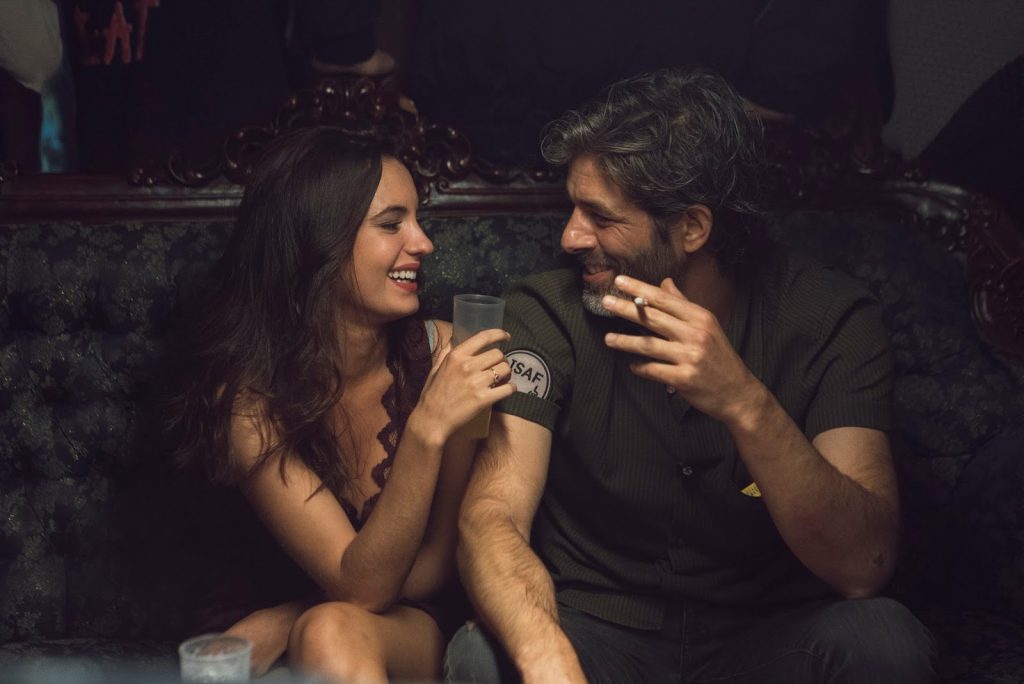 Pedro Aguilera explores reversion to a more atavistic persuasion in voyeuristic thriller, Sister of Mine (Demonios tus ojos). Stars Ivana Baquero and Julio Perillán showcase a stirring commitment in this Spanish piece that sets out to challenge conventional societal taboos.

Penned by Aguilera and Juan Carlos Sampedro, Sister of Mine sees film director Oliver (Perillán) discover an explicit video of his half-sister, Aurora (Baquero) on a pornographic website. This triggers him to reconnect with his sibling, becoming fascinated with her in the process.

Sister of Mine presents Oliver as a manipulative figure, living a life of hedonism and excess. In being drawn to the eroticised depiction he sees of his half-sister on the adult website, it suggests he is a figure set on pushing boundaries of decency and expectation. This is quickly established when their previous normal sibling relationship is subject to a dark twist in the form of Oliver planting a camera inside his half-sister’s bedroom. Aguilera’s film takes on a voyeuristic tone as we become the observer watching Aurora in her most intimate moments. Aguilera casts an unsettling yet entrancing eye over the proceedings, where we the audience are placed in Oliver’s shoes – with Aguilera paying note to the amount of invasive media blurring the lines between personal and public that we are continually exposed to in our lives.

This voyeuristic slant adds complications with Aurora knowingly drawn closer to her half-brother an entangling herself in his web of excess, insatiable sexual desire and manipulation. Aguilera achieves something primitive in exploring this taboo of incest – with Oliver so in need of satisfaction that he simply views this as another taboo to break, another societal norm to crush. These clever nods to the anthropology are scattered throughout Sister of Mine with excerpts from Cannibal Holocaust ending the film, even the using the audio of a primitive sexual attack from Ruggero Deodato’s video nasty to close the film. Other references include Oliver’s camera being planted in the eye of a tribal mask. Oliver is a man of primitive needs and his half-sister is another means of satiating these. The conflict and societal outrage by this move is explored in the reaction surrounding Aurora and Oliver from friends and family.

Aguilera whilst acknowledging the taboo of this tale, directs it with a seductive eye – subsequently crafting a conflicting viewing experience. Julio Perillán has an undeniable physical appeal and dark charm allowing us almost to be forgiving of his manipulative behaviour. There is complex character construction in Ivana Baquero’s Aurora also – a young woman who appears to be believe she is in control of her desires and actions, yet is unaware of the manipulation exerted upon her. Both actors give compelling, deeply interesting performances in Sister of Mine.