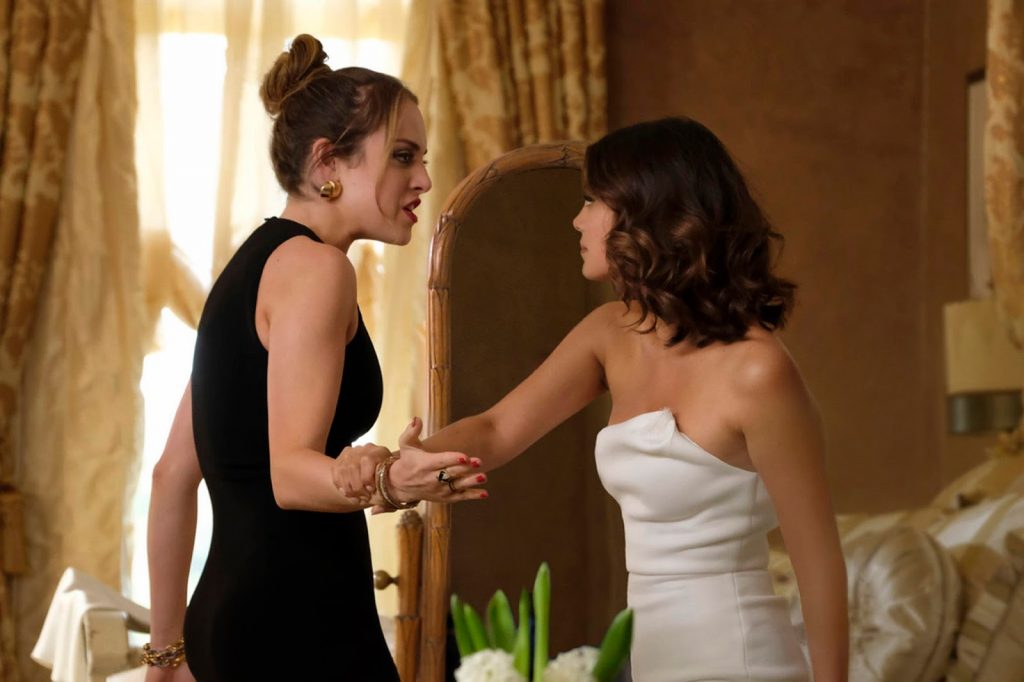 As an ardent lover of iconic CBS late-night soap, Dynasty, the idea of a follow-up was always alluring. The original series ran from 1981 to 1989 (returning for a 1991 reunion TV movie) and followed the feuds, betrayals and excesses of the super rich Reagan-era Carrington family. Joan Collins, Linda Evans and John Forsythe lead the series, bringing glitzy star quality to this high camp melodrama.

With rumblings of a follow-up from star Dame Joan Collins and creators Esther and Richard Shapiro, a return to the world to the Carringtons always seemed perfectly plausible – especially in the twenty-first century when the “Trump Dynasty” sits in the White House. However, the short-lived limited return of fellow eighties primetime soap, Dallas (complete with original cast), made the chances of a Dynasty continuation series seem less likely. That understandably seems to be why the CW network sought to revive the series but as a straight-forward reboot – paired with the fact that original star John Forsythe is sadly no longer with us and the rest of the cast (excluding Collins) have faded into obscurity. 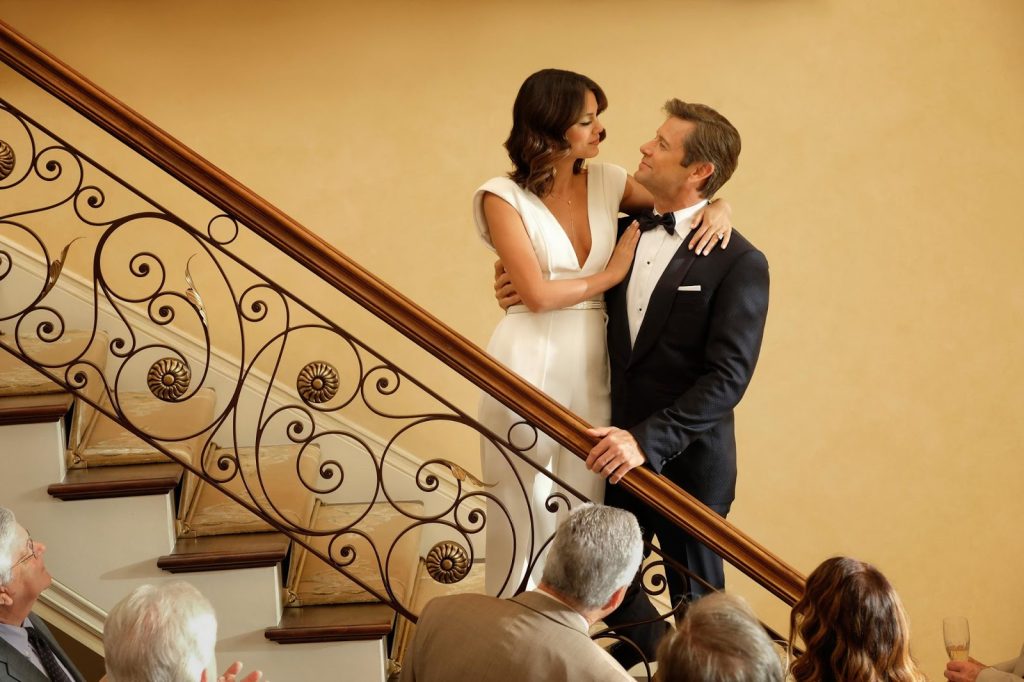 With CW broadcasting the newly rebooted Carrington saga in the USA and selling the international broadcast rights to Netflix (in over 180 countries), Dynasty is already a financial hit – despite the CW’s ratings leaving much to be desired. So its safe to say that the Carringtons are likely to be around for at least two seasons until further stats are unveiled. But how is the show and how does it adapt to the 21st Century?

Sticking loosely with the structure of the original series, Dynasty sees Blake Carrington (Grant Show) marrying Cristal Flores (Nathalie Kelly in a Hispanic update of Linda Evans’ Kryste), much to the disgust of Blake’s power-hungry daughter Fallon (Elizabeth Gillies). The murder of Cristal’s old flame and Blake’s old business partner, Matthew Blaisdel (Nick Wechsler) ignites old tensions. Blake’s first wife Alexis, is yet to make an appearance – but has been alluded to (Joan Collins famously became the big reveal at the end of Dynasty’s debut series).

So far, so familiar – which is certainly not a bad thing. Being a product of the CW network, Dynasty now comes with certain dubious contemporary stylings. That means garish pop music soundtracking scenes and a lack of the classic opening titles and theme. These are hardly attributes that would tank the show, but little features that don’t feel in keeping with the faux-elegance of a show like Dynasty.

Yet in terms of narrative, CW’s Dynasty is almost as camp and melodramatic as the original. Clearly benefiting from a knowing eye and understanding of the series’ connotations – the CW have wasted no time in filling Dynasty with bitchy female feuds, secret love affairs and PG rated titillation. It’s satisfying a cheap, sort of empty way. 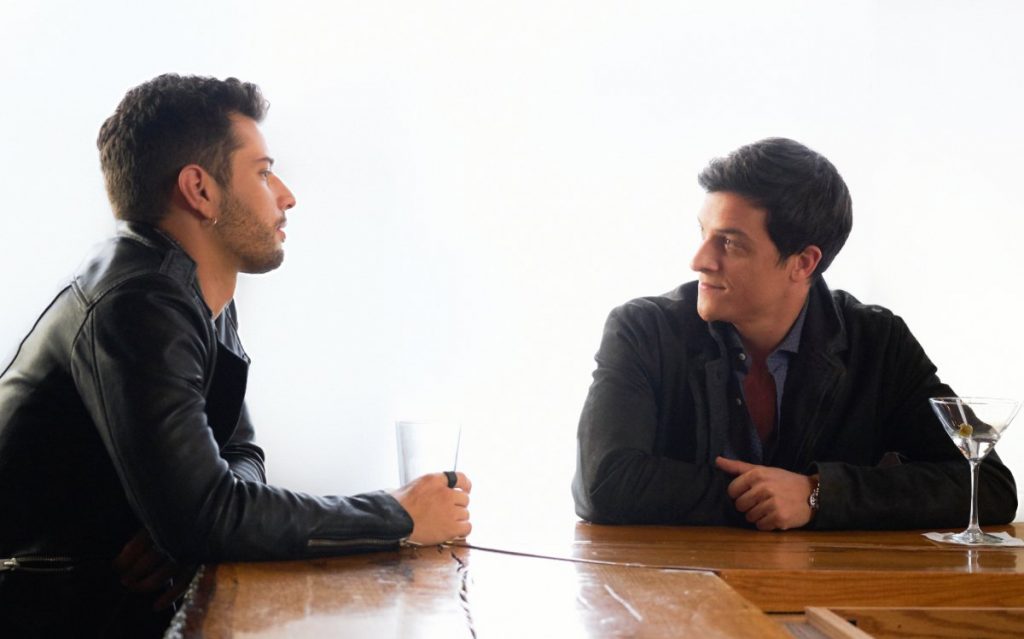 Dynasty is undeniably lacking the star power and gravitas of Collins and Forsythe – and the lead roles have been replaced by passable, not particularly exciting leads. Grant Show is a handsome Blake, but has yet to showcase the darker range that Forsythe’s Blake brought to the table (remember when he raped Krystle and excommunicated gay son Steven?). Elizabeth Gillies’ Fallon might have a stronger screen presence than Pamela Sue Martin (the original), but it’s hard to separate the role from the generic mean girls that fill our screens in other soaps. The less said about James Mackay’s Steven and Sam Adegoke’s Jeff Colby, the better. Yet there is hope in Nathalie Kelly’s Cristal – an actress that possesses a watchable screen-presence and natural charisma. Similar positives can be said regarding Rafael de la Fuente’s sexed up male Sammy Jo (no longer the youthful Heather Locklear). This striving for diversity and representation is undeniably a good thing.

Dynasty is effective and capturing the spirit of the original series, even when paired with stylistic choices which dim its sparkle. An elevation in star power will hopefully be added with the potential arrival of Alexis in Season 2 which could determine the fate of the series’s future.