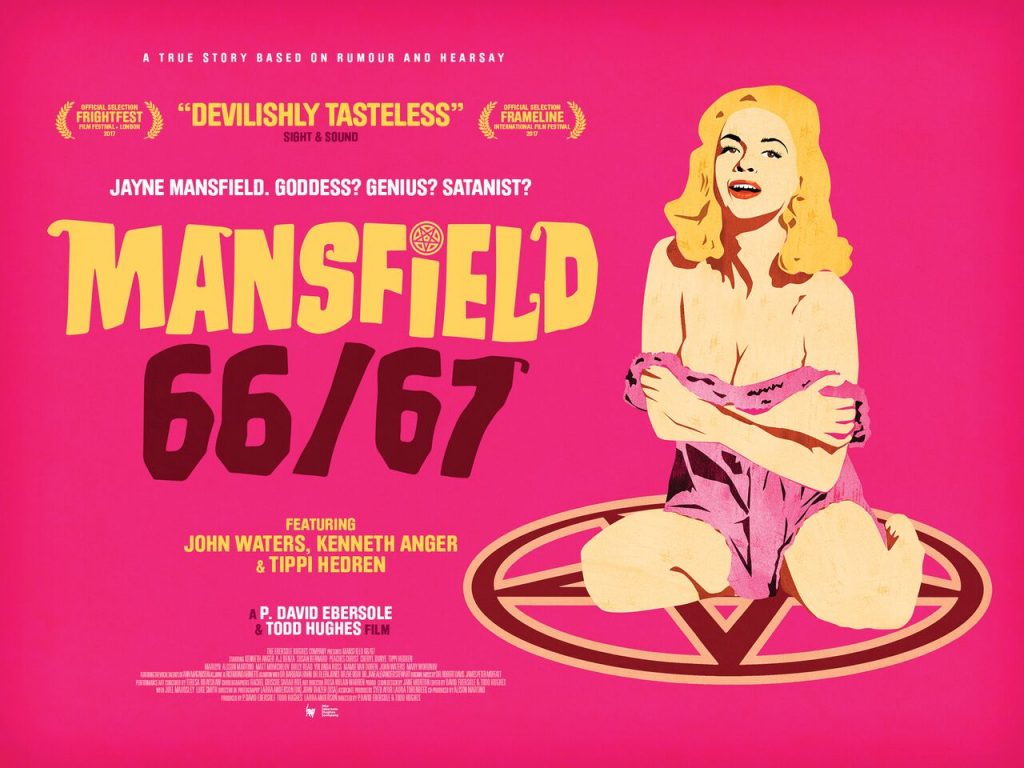 Fifties bombshell Jayne Mansfield is the subject of high camp documentary, Mansfield 66/67, from filmmakers P. David Ebersole and Todd Hughes. The film describes itself as “a true story based on rumour and hearsay,” a perfectly fitting encapsulation for a documentary that feels part Kenneth Anger’s Hollywood Babylon (Anger is a key contributor here) and part John Waters’ campfest (Waters is here too). Hughes and Ebersole fill the film with gusto through experimental music numbers, original rock’n’roll cutaways, and animated recreations. It’s kitsch, amusing, and the perfect tribute to the showstopping wit, excess and glamour of Mansfield.

Not dwelling too heavily on Mansfield’s cinematic endeavours, 66/67, opts to focus on Mansfield’s salacious Hollywood Babylon persona and scandals. Mansfield’s publicity hungry stunts and mischief, lead to a friendship with the similarly Church of Satan founder, Anton LaVey which makes up much of 66/67. Mansfield’s rumoured dabbling with the occult is loosely connected (with nudge and wink self-awareness) to rumours of Satanic curses with Mansfield’s personal tragedies and untimely demise.

Filling the film with talking head contributions from predominantly female film theorists allows us to re-evaluate Mansfield as a sex-positive figure, a woman with no remorse for breaking social taboo and convention. Hughes and Ebersole explore Mansfield’s persona throughout the fifties and growing star power (at its peak with The Girl Can’t Help It and Will Success Spoil Rock Hunter?), yet her failure to find a place in the more politically-charged feminist climate of the sixties (the image of Jane Fonda’s mugshot provides a stark comparison to the busty Mansfield’s wardrobe malfunctions). However, Mansfield’s thoughts and personal appearance in Vietnam reveal the intelligence and depth of a woman that was so wrongly categorised as a ‘dumb blonde’ and Hughes and Ebersole do well to dispel the stereotype. 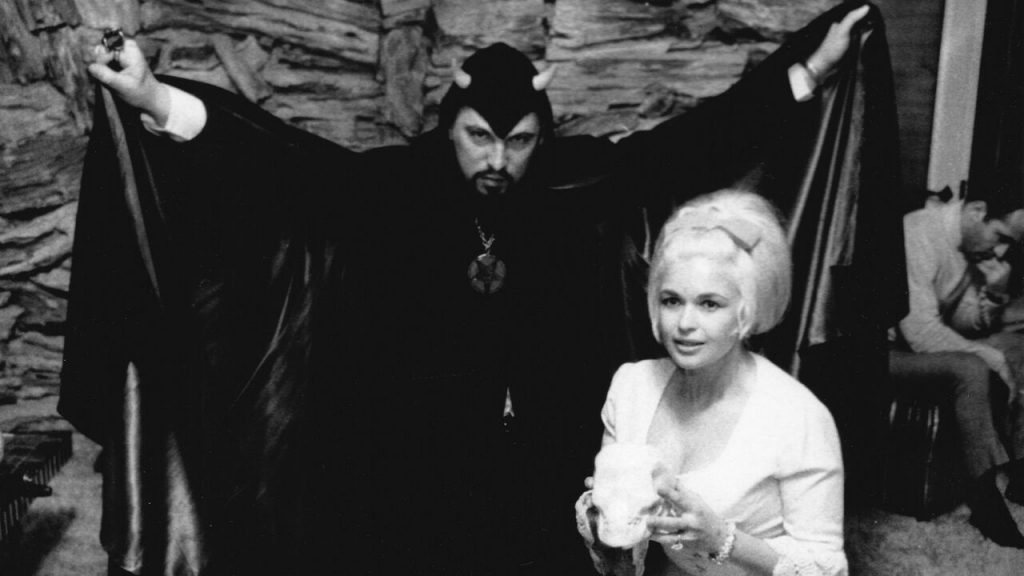 There is an underlying sadness in Mansfield’s story – particularly as her personal life and career suffer, yet Mansfield’s effervescent spirit always shines throughout and Hughes and Ebersole’s buoyant direction ensures that this is always apparent in the film’s nostalgic aesthetics and fizzy tone. However, 66/67 is at its most fun when discussing the relationship between high camp characters LaVey and Mansfield and their unlikely friendship, yet shared hunger for publicity. There’s a tone evocative of Anger’s Hollywood Babylon as talk/rumours of Mansfield partaking in black magic rituals, curses and how this tied in with Mansfield’s own personal life (her son being mauled by a lion, a crash involving jealous boyfriend Sam Brody).

Whilst much of the sources for the film rely on Hollywood folklore, it adds to the sense of fun that prevails throughout. Humorous contributions from Waters, Anger, Tippi Hedren, Marilyn, Mamie Van Doren, Dolly Read and Peaches Christ add to the mystique of Mansfield with anecdotes and titbits about her appeal and enduring legacy. Musical numbers and dance sequences help give the film a woozy fifties/sixties nostalgia, whilst helping the film stand out in on its own aesthetic merit.