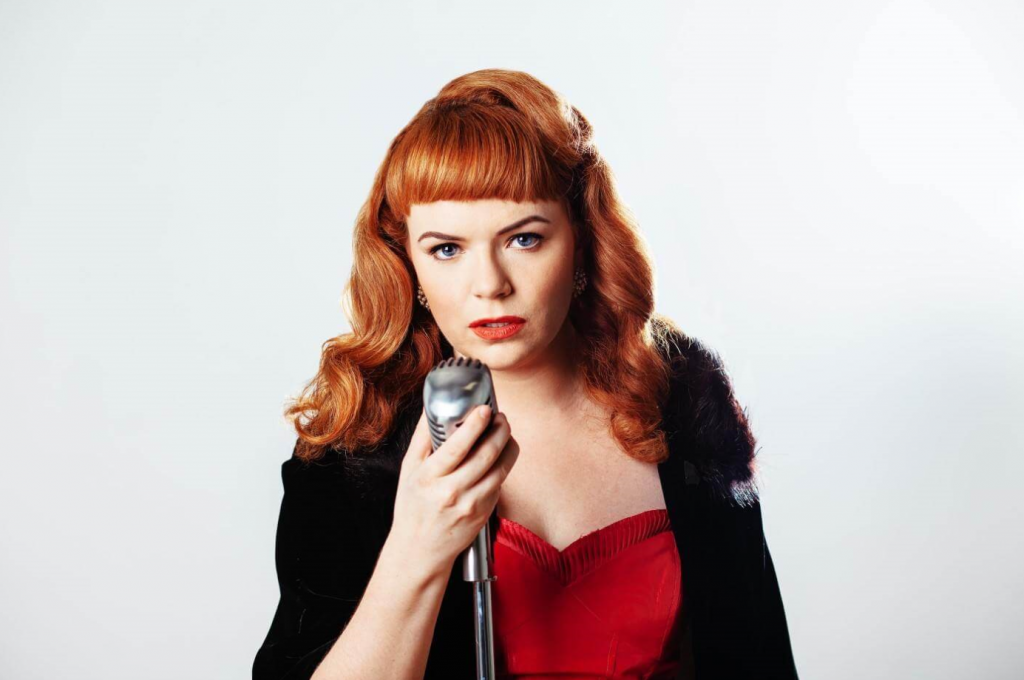 From Judy to Bette: The Stars of Old Hollywood

Rebecca Perry navigates us through From Judy to Bette: The Stars of Old Hollywood, a love letter to the female trailblazers of classic Hollywood. Bette Davis, Judy Garland, Betty Hutton and Lucille Ball all get segments that pays tribute to their achievements, music, films and explores their impact from a 21st Century perspective.

Perry has the chutzpah of a 1940s starlet, there is a wide-eyed enthusiasm as she talks and sings us through this tribute show with a chirpy enthusiasm and a visible passion for her subjects. The Canadian native is joined on stage by a pianist, who provides impressive arrangements of some of these Hollywood leading ladies best musical numbers.

Opening with perhaps the least musical of the foursome, Bette Davis, Perry delivers a mix of anecdote and impression of the classic actress. She shares stories of Davis bursting into Jack Warner’s office every day for six months to change the terms of a five year contract, explores Davis’s relationship with her nemesis, Joan Crawford, and dips into the actress’s obscure seventies pop standard album. The bulk of the segment is comprised of a performance of I’ve Written a Letter to Daddy from Davis’s masterpiece, What Ever Happened to Baby Jane? Perry showcases the actress as a gutsy powerhouse and this whistlestop tour of her achievements is lightly entertaining.

Judy Garland is Perry’s next icon of focus with our hostess dipping into performances of The Trolley Song and Somewhere Over the Rainbow with able vocal delivery. From a refreshing contemporary perspective, Perry explores Garland’s relationship with the Pride movement and her status as a gay icon – whilst dipping into the performer’s refusal to shame her queer fans. This light entertainment piece does not, however, delve too heavily into Garland’s battles with substance abuse.

Perhaps the least engaging segment is that looking at the least instantly recognisable of the four stars, Betty Hutton – the lead actress in Annie Get Your Gun whose film career ended in 1957. Perry highlights Hutton as a trailblazer in the sense that she was the first comedienne to be given leading lady status. An impressive performance of Hutton’s 1951 track It’s Oh So Quiet is a welcome addition to the segment.

The final segment explores the enduring impact of TV sensation Lucille Ball. Perry rattles off Ball’s achievements from her big break placing her head in the mouth of a crocodile to becoming the star of one of the longest running sitcoms. The performer recreates one of I Love Lucy’s most famous scenes as Lucy when she advertises a health serum which is predominately alcohol.

From Judy to Bette: The Stars of Old Hollywood is light, inoffensive and entertaining. Perry is an engaging orator and able vocalist whose love for her subject matter is infectious. She has impressively researched these icons and pays fitting tribute to their achievements and musical back-catalogues.