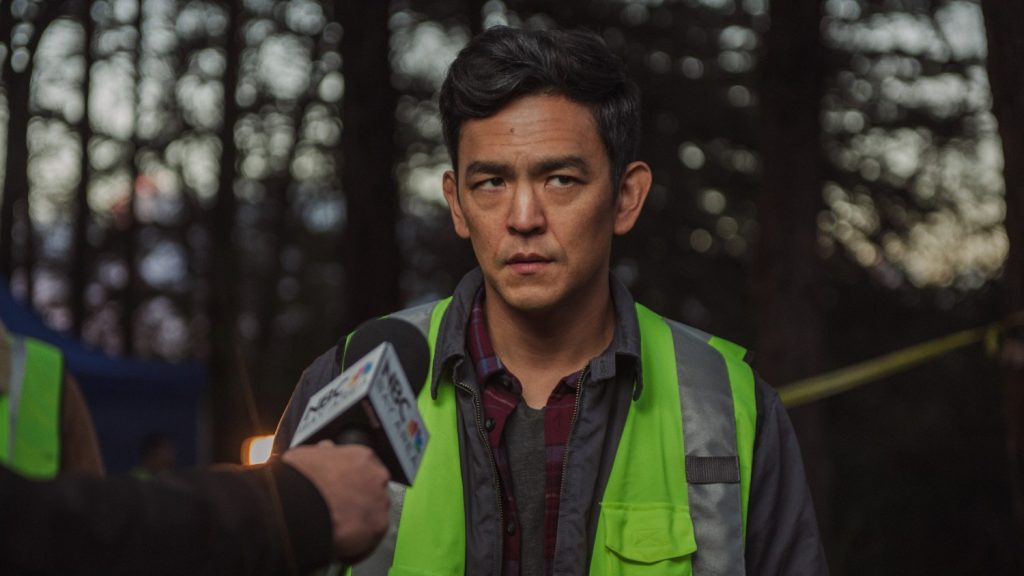 Writer-director Aneesh Chaganty makes his feature debut with Searching, a project which he co-writes with Sev Ohanian (a man whose production credits include the excellent Fruitvale Station). Any further trace of similarity between Searching and Fruitvale Station is not to be found here. Whilst Chaganty’s film has novelty appeal in its mock computer screen setting (similar to 2014 sleeper horror hit Unfriended), the film flounders in its hackneyed TV movie narrative that relies too heavily on emotional manipulation.

John Cho leads Searching as David Kim, a grieving father whose only daughter mysteriously goes missing. Alongside bolshie detective Rosemary Vick (an out of type Debra Messing), he breaks into her computer to unravel the clues leading to her disappearance.

Chaganty and Ohanian’s narrative has an intriguing hook at its premise, the grieving father uncovering how little he really knew about his distant teenage daughter, and a style which is contemporary and somewhat exciting. Yet, the execution here is sloppy with a storyline that veers into near high camp parody with a gushingly sentimental core. There is undoubtedly some intrigue which appeals to the social media voyeur in all of us – seeing Kim’s gradual realisation that he knows very little about his daughter’s online life as he scans through all her various social media profiles, is a naturally intriguing premise. This allows Chaganty to play with familiar programmes to draw us into Kim’s search (Windows, Facebook, Facetime, etc.)  – yet not even these gimmicks can save the saccharine emotion and silly twists and turns of Searching.

Repeated references to Kim’s late wife driven through old family footage, takes up too much time and serves as a lazy way to attempt to invest us in the characters. This attempted emotional heft does not blend with some of the tonal darkness that Searching veers into in its final act. However, Chaganty’s film heads into so many dramatic twists and turns, feeling a like a car that has lost its steering – this can lead things into high camp territory as character motivations and subsequent narrative events become outlandish. This can be seen in Messing’s entertaining but out of place performance as the “driven” Detective Vick. John Cho does well with the material here, delivering a sincere and watchable performance, yet never fully manages to captivate or command as a dramatic lead.

There is value in the visual construction of Searching, Messing’s fun performance, and Chaganty’s somewhat intriguing ideas about a high profile missing person case in a time of social media obsession, yet Searching is an awkward watch. Its unsavoury sentimentality and desire to shock in messy twists and turns means this is a film that never quite delivers, nor satisfies.