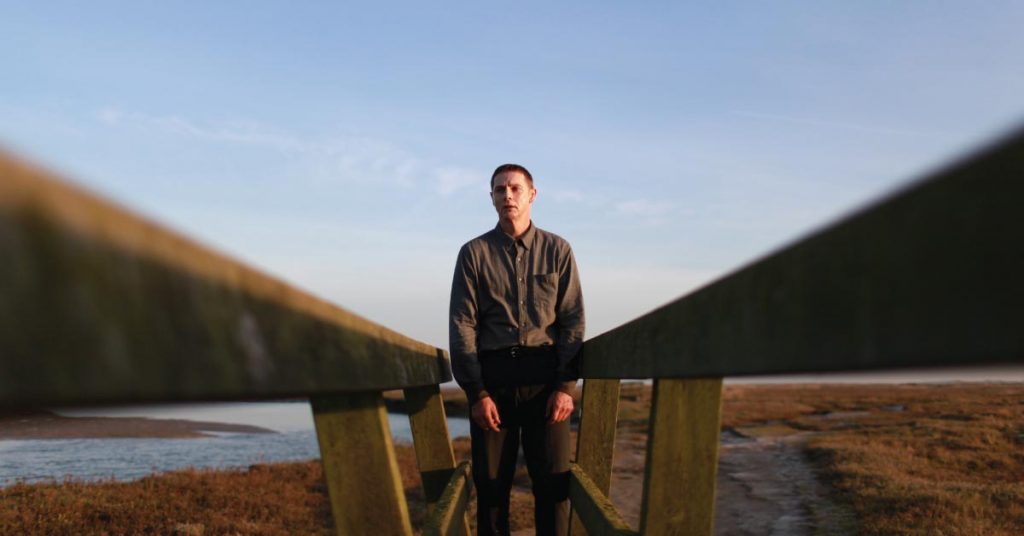 Influences of Lynchian surrealism and the psychological end of Hammer Horror productions are lurking in Possum, an unsettling British thriller that stuns with its chilling imagery and traumatic themes. Writer-director Matthew Holness has crafted a uniquely original piece of horror cinema that lingers with you for considerable time.

Sean Harris plays Philip, a young puppeteer who returns home after an unspecified incident – and with him brings a grotesque spider-like puppet that wields a nasty psychological spell over him. Upon returning to his dilapidated family home, he is reunited with his unpleasant stepfather (Alun Armstrong).

Possum’s near hallucinogenic narrative structure blends surrealist nightmares with the grim reality of working class England making the perfect shabby canvas for this tale to unfold. Character motivations seems suspect and murky – we do not know the full extent of Philips backstory, and know little other than he is haunted by the disturbing spider like puppet which he carries. Much of Possum sees Philip trying to rid of himself of this baggage – a heinous representation of the psychological baggage which weighs him down. Director Holness uses the continuing presence of this puppet as a clever move to inject some surrealist practically-crafted horror sequences into the film.

As Possum gradually unfolds, Philips strange behaviour becomes more comprehensible. Interactions with his stepfather reveal a traumatic upbringing, whilst the loss of his parents adds to this. These developments are paired with more traumatic, disturbingly charged incidents with the puppet – ensuring that Possum has plenty of moments that are undeniably tense and uncomfortable.
Excellent practical effects – in particular the design and movement of the puppet add a further dimension of skilled horror to Possum, whilst darker surrealist imagery like black balloons, billowing plumes of smoke, and Antichirst inspired foxes fuel the sense of manic trauma that pulses through Holness’s film. Charlotte Pearson’s production design – particularly in regards to Philip’s house – also adds a further character to Possum.

Much praise should go to Harris’s central performance – a deeply uneasy turn that perfectly captures how childhood traumas can scar someone’s life. Alun Armstrong’s venomous turn as his stepfather adds a further unpleasantness to Possum – alluding to further psychological horror in Philip’s past. He’s a scarring gender flipped version of Mrs. Bates, with Philip as his traumatised Norman.

Possum is a unique cinematic experience. This disturbing piece of film unsettles to the core thanks to its chilling imagery, fractured performances and emotionally wrought tension.