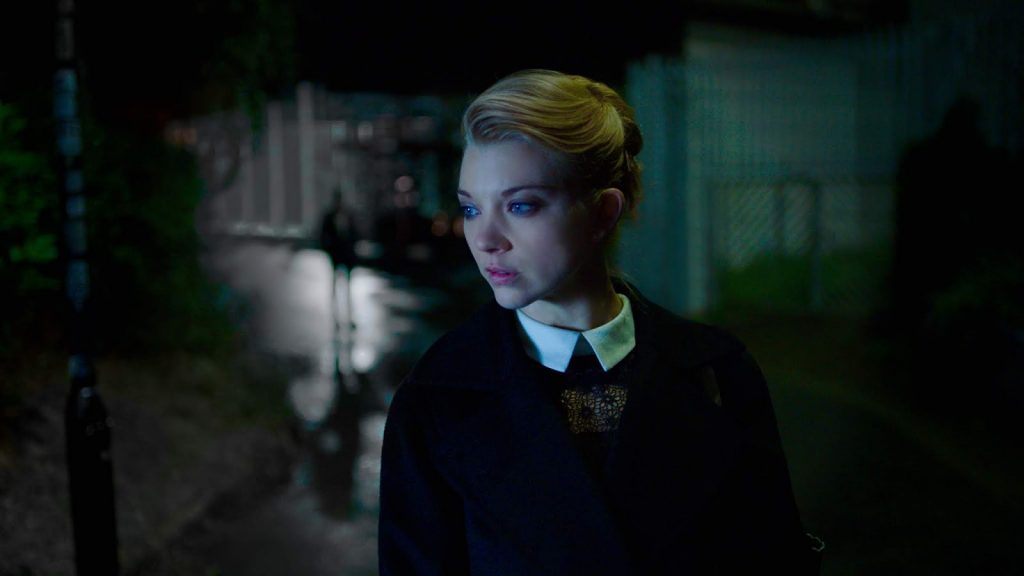 Natalie Dormer co-writes In Darkness with filmmaker Anthony Byrne. The actress stars as Sofia, a blind musician who becomes embroiled in the murder of her neighbour in her London apartment block. This might draw immediate parallels to other classic thrillers tackling blindness – Audrey Hepburn’s Wait Until Dark or Mia Farrow horror See No Evil. Yet, In Darkness fails to capture the simplicity of its predecessors, instead opting for a convoluted narrative that damages what could have been a nifty, effective thriller.

Dormer and Byrne’s screenplay has all it requires from early on – a blind woman and a murderer in her flat block. It’s simple, effective and makes for a clean thriller. Yet, after the murder, In Darkness becomes a curious hybrid of espionage drama and action thriller. We see Sofia’s past life in Bosnia take a new precedence in the narrative whilst she connects with Niall (James Cosmo), a figure from her past. Old enemies reappear and have an unlikely connection to the murder which takes place in her apartment block. Becoming bogged down in confusing nineties Eastern European politics and numerous narrative events that seem unlikely, almost silly, damage the credibility of the piece.

When In Darkness does veer down the route of action-thriller, the action sequences are crisp and effective. Byrne directs them with a sharp and bloody brutality. Chases through London and tense shoot-outs are polished and directed with a sense of tension. In Darkness also shines through its effective sound design, Sofia navigates through the world with sounds – and whether this is through music within the film or the sounds of the environment around her, these are sharp and commanding.

Whilst Dormer leads the film with ease, the actress is a powerful screen presence – the character details are lost in an erratic role whose motivations seem confusing and unjustified for much of the time. Dormer does however, do well at capturing an adult living with the scars of childhood trauma. Ed Skrein is also a charismatic addition to the cast as the film’s murderer – despite being in a role that never gets as fleshed out as much as it could. Support from Joely Richardson, Emily Ratajkowski and James Cosmo adds further credibility to the film.

In Darkness overcomplicates what could have been a simple and thrilling premise. It is competently crafted and performed, but becomes bogged down is multiple subplots and tangents. There is an effective story at the heart of this, but this is not the story that Dormer and Byrne decide to tell.