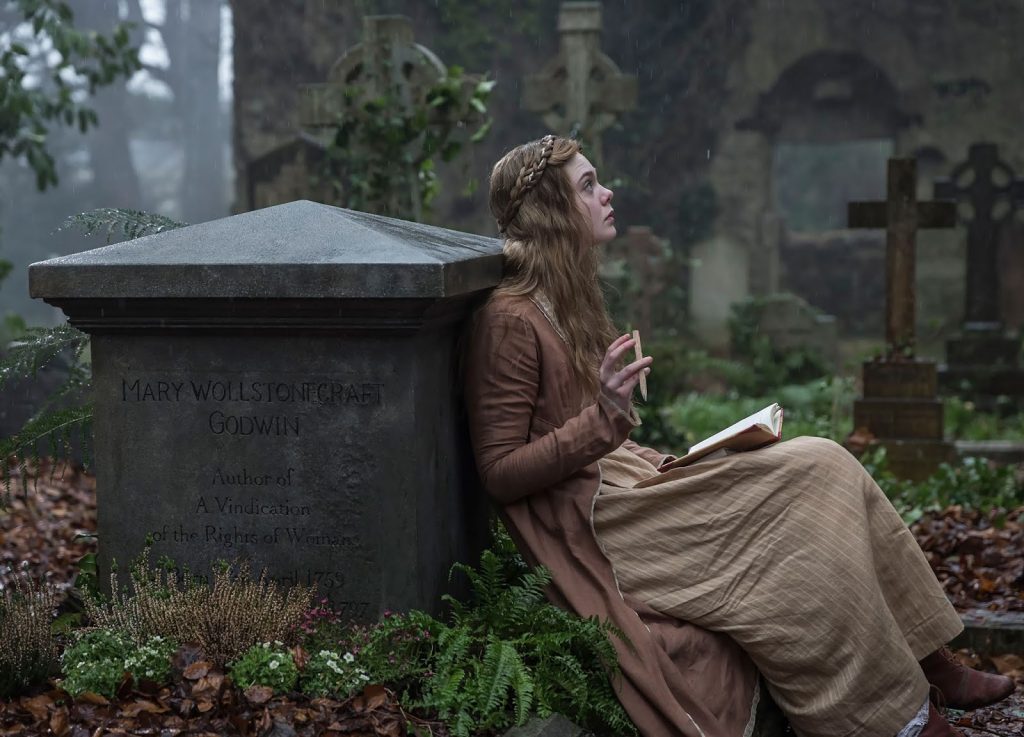 It’s impressive to think that a period tale set in the early 1800s could have a contemporary resonance in 2018, yet Haifaa Al-Mansour’s Mary Shelley does. Emma Jensen’s screenplay captures the Frankenstein author’s struggles in regards to both her personal life and professional life, impeccably performed by Elle Fanning.

In the shadows of her parents literary achievements, Mary Wollstonecraft (Fanning) begins a turbulent romance with Percy Shelley (Douglas Booth) which would ultimately inspire much of the emotions present in her literary masterpiece, Frankenstien.

Al-Mansour and Jensen manage to craft a powerful protagonist of Shelley and impressively capture how the struggles that she faced would go on to shape her artistic work. Many of these adversities still pack a contemporary relevance (societal expectations of motherhood, precedence of male-crafted artistic works). By chronicling the initial bliss and sweeping romance with Percy (a charming Booth) and the sourness that begin to creep into this (suspicion, Percy’s promiscuity, motherhood) we gradually see a parallel of the themes of alienation and lack of acceptance that would shape Frankenstein.

Much of Mary Shelley’s dramatic power comes through this relationship with Percy and the loss of the couple’s child. This leads to the couple’s meeting with the impetuous Lord Byron (Tom Sturridge) and the night that would see the beginnings of Frankenstein’s creation. Further dramatic tensions are found in Mary’s relationship with her stepsister Claire Clairmont (Bel Powley). Al-Mansour injects some Gothic aesthetics into the film (thunderstorms, creaking London homes, stately houses) – yet it may have been refreshing to see the filmmaker embrace these with a little more gusto -after all, Frankenstein is one of the most iconic Gothic creations in the world of literature.

Subsequently the style and narrative of Mary Shelley can feel somewhat muted, gloomy and restrained – there is a delicate period energy to even the most dramatic of scenes, with Al-Mansour’s never really letting Fanning ‘let go’. Gothic is at its best when channelling the atavistic, something that Mary Shelley never really pushes or breaks free from the restrains of period drama confines to do.

The beating heart of Mary Shelley is the film’s titular performance from Fanning. The actress’s delicate turn and skilled expression capture, Shelley’s emotional struggles with a sincerity. Fanning taps into themes of female liberation and shines in capturing Shelley’s strong will and determination.

Mary Shelley does an impressive job at capturing how the traumas of Shelley’s life inspired her literary successes thanks to a skilled central performance, yet suffers from its sense of restrain and stifling period gloom.