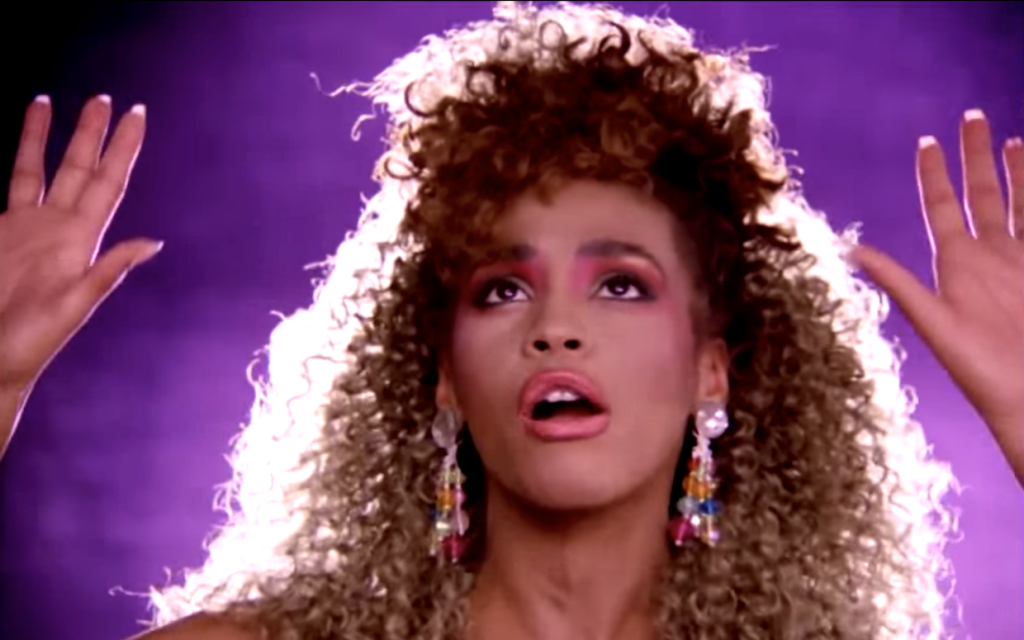 Another high profile music documentary to receive its UK premiere at the Edinburgh International Film Festival was Kevin Macdonald’s Whitney. Unlike George Michael’s Freedom – The Directors Cut, Whitney chooses to revel in Houston’s personal tragedies, rather than celebrating the performer’s artistry – or at least drawing parallels between art and tragedy.


Packed with emotional contributions from colleagues and family members, behind the scenes footage and performance footage, Whitney chronicles the singers early life up until her death in 2012.


Opening with a version of the bright, neon-soaked video for I Wanna Dance With Somebody – arguably Houston’s most upbeat anthem – blended with macabre eighties iconography of war and riots, immediately sets us up for the dark, eerie tone that Whitney embraces. This is not a documentary that concerns it too much with Whitney’s musical back catalogue, this is a sombre affair that finds more narrative intrigue in the tragedy that served as its backdrop.


Whitney begins by chronicling Houston’s early life (she’s affectionately known as Nippy here) and how mother, Cissy Houston, trained her vocally. The trajectory from her first TV performance on The Merv Griffin Show in 1983 quickly leads to international fame. The albums that propelled this stardom barely get a look in, instead Macdonald’s focus is on the drugs that began to creep into Houston’s life and inner circle here. Fortunately for fans of her music, there are interesting glimpses into Houston’s performance of The Star Spangled Banner at the Superbowl in 1991 and the impact of The Bodyguard, which cemented Houston’s reputation as a worldwide icon.


However, these achievements are just mere titbits in the morose quagmire that Whitney becomes. Houston’s self destructive drug use, her turbulent relationship with Bobby Brown, her parenting ability, and suggestions of child abuse in her youth are the real focuses for Macdonald. Talking head interviews from those around at the time add a weighty emotional gravitas to this tragic tale. These moments are well contextualised and emotionally raw – particularly those that make up the film’s last act. Macdonald also injects a self-aware energy into Whitney – particularly seen in interviews with record label boss LA Reid and ex-husband Bobby Brown who suggest little knowledge of Houston’s well publicised drug use.


Whitney is an undeniably well researched and explicit glimpse into Houston’s life, however, its laser focus on the tragedy lose the very essence of what made Houston a star.
★★★