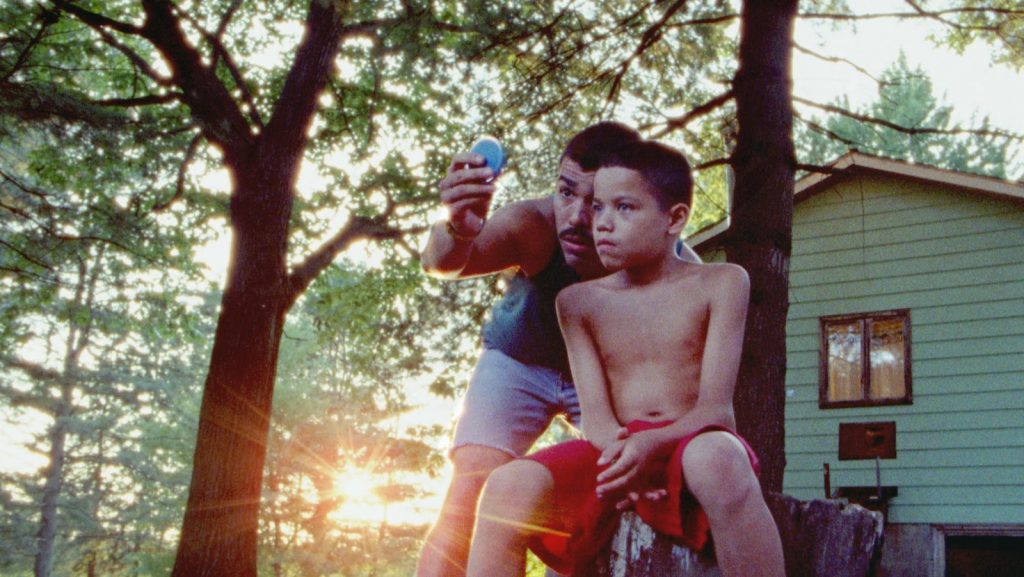 
Manny, Joel and Jonah navigate through their youth against the volatile relationship of their in and out of love parents. Whilst Manny and Joel slowly grow into destructive behaviours, Jonah escapes to a fantasy world as a distraction from his alienation and the dangers around him.


Director and co-writer Jeremiah Zagar’s narrative and directorial style do a sublime job at capturing a non-child friendly world, through the eyes of its three child protagonists. Manny, Joel and Jonah witness their parent’s heated dynamic (either intense love, abandonment or aggression). This is normality for these children, who at their mother’s lowest, must go and scavenge for food at local farms and supermarkets or stay at the homes of strangers. These scenes are depicted with the frantic energy that one might expect to see when guidance and structure are lifted from the lives children. Zagar carefully handles this representation of the parents (excellently played by Raul Castillo and Sheila Vand), they are not villains or neglectful – just unprepared for the pressures and responsibilities of parenthood.Their is an inherent sweetness within the depiction of the parent and sibling relationships.


As the relationship between their parents shakes, the oldest of the two boys fall into a path of alcohol, pornography and substance abuse, yet Jonah, the youngest has his own struggles. There is a delicately handled tale of queer identity within We the Animals – and when this is set against the backdrop of hispanic working classes in rural America, it makes for a fresh cinematic perspective. Evan Rosado (Jonah)’s rich facial expressions and small mannerisms convey so much – this young boy absorbs all from the environment around him, yet is not drawn into the behaviours of his brothers, instead facing his own demons.


These demons are explored through striking hand drawn animations that capture the inner struggles faced by Jonah. Presented with the ferocity of youth – these animations capture Jonah’s rage, confusion and dreams of an escape. This is paired with a swampy real world aesthetic that is a near dreamlike steamy Southern Gothic landscape, making for an intoxicating, macabre setting – strikingly shot by DoP Zak Mulligan.


We the Animals is a staggeringly fresh take on queer identity presented against a unique backdrop. Rosado’s central performance, searing animation, and a subtle ferocity in Zagar’s direction ensure this feature shines.