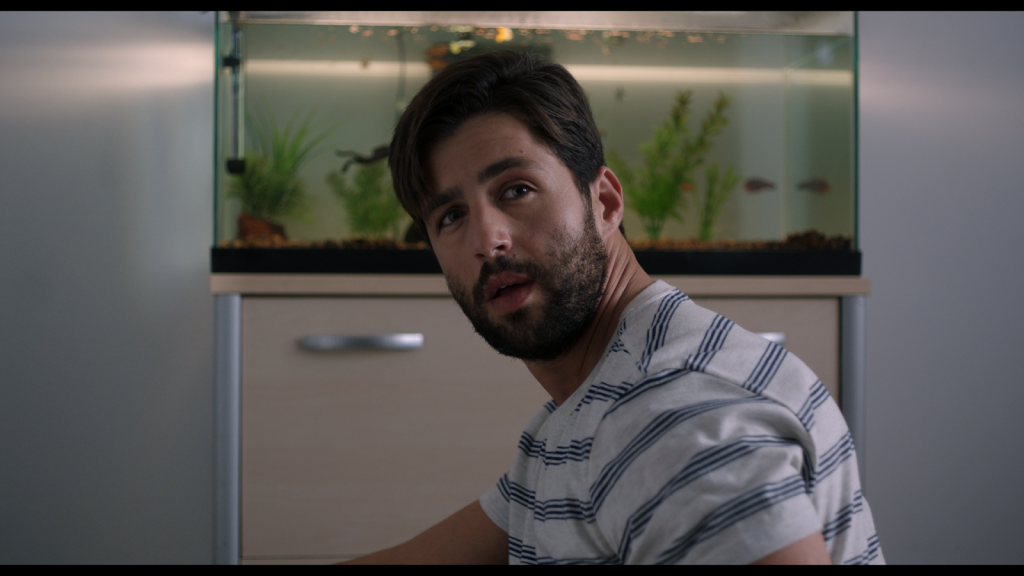 Los Angeles is the setting for Locating Silver Lake, a film that examines the concepts of following your dreams, heartbreak and isolation – all set against the backdrop of an eerie LA cult. Eric Bilitch writes and directs this indie project.

After a break-up from his girlfriend and a lucky win at a casino, recent graduate and aspiring writer, Daniel (Josh Peck) moves to Los Angeles to pursue his dreams of becoming a writer. Upon arriving, the heartbroken young man meets Seth (Finn Wittrock) and his troupe of friends whose rambunctious eccentricity soon turns to something more sinister.

There’s a slight taste of Bret Easton Ellis’s LA thrillers to Locating Silver Lake particularly as Bilitch embarks on some of the narrative’s darker themes – most of these personified by Wittrock’s exuberant turn as Seth, a semi-deranged club kid who sees something in the earnest Daniel. Yet despite these areas of darkness, Locating Silver Lake is a quietly optimistic picture – Daniel may arrive to LA heartbroken and alone, yet Bilitch’s surrounds his protagonist with connections both positive (his landlord neighbour, a friendly single mother) and negative (Seth and his ensemble) – subsequently allowing Daniel to grow and find himself in the bustle and faux reality of LA.

Whilst there is an earnest optimism with Daniel – well played by Peck who is a magnetic lead – Locating Silver Lake can suffer from a sense of over simplicity in regards to its characters. The supporting characters suffer from a lack of fulfilled development – despite all having back stories, there can be a frustrating saccharine quality to them. Whilst it can be pleasantly sweet as these characters support Daniel’s emotional development, they never feel quite authentic or sincere.

There is a romance in the LA setting and the darker elements can be somewhat captivating. Wittrock’s eccentric performance has the magnetic manic energy that one might expect from a cult leader, and although this control never surpasses anything other than psychological manipulation, Wittrock packs an unsettling spell over the viewer. On the opposite side of the spectrum is Peck’s Daniel – with Peck bringing a wide eyed naivety to the fold – Bilitch does attempt to suggest some depth beyond that, but it never quite breaks through to the surface.

Locating Silver Lake has some interesting themes and ideas with the romance and mystery of Los Angeles shining at the heart of the piece. Despite some well delivered performances, however, Bilitch’s film is a little too earnest and clean-cut to truly immerse.