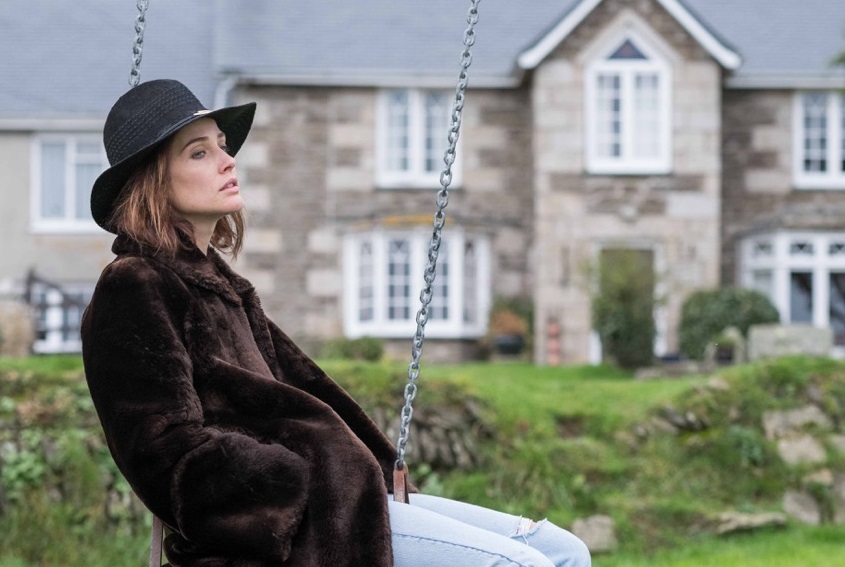 Cobie Smulders leads Songbird, a British indie comedy from writer-director Jamie Adams. The actress shines in this fish out of water comedy that co-stars Jessica Hynes and Richard Elis – despite the romance at the heart of the film being a little too unlikely for its own good.

Smulders is Joanne, a former Britpop sensation from the USA, who has hit hard times after a sparsely attended tour and the subsequent split of her band, The Filthy Dukes. In an attempt to ‘do something’ Joanne enrols at a coastal Welsh university where she embarks on an unlikely bond with shy admissions clerk, Pete (Richard Elis).

Adams’s narrative does an interesting job at capturing the traditional non self aware star – unaware (or avoiding) that her career is crumbling and the magic is over -with Smulders’ intelligent performance exploring the bravado of the star, but also tapping into the insecurity and self-doubt faced by the waning appreciation. Yet, it’s also an incredibly funny performance with Smulders sending up the notion of the vain, eccentric ‘star’ whether it be through forced meditation, awkward musical outbursts or manic babbling.

The pairing of Smulders and Brit comic actress Jessica Hynes – who plays her loyal best friend – makes for much of the comic appeal of Songbird. The friendship between the pair feels authentic and the silliness shared between them, entirely natural. The same can be said for Smulders and Elis in terms of comic chemistry – but it’s hard to suspend belief when it comes to the attempted romantic chemistry between the excessive star and the straight-laced administrator. Elis and Smulders are amusing together and there is a romance to be found in this sleepy coastal small town setting of Wales – but the romantic chemistry lacks conviction between the pairing. The dreamer Joanne and the incredibly grounded Pete is a pairing filled with good intentions, but ultimately does not convince on screen.

There is an appeal to found in the fish out of water structure of the American star finding herself in a very quiet university campus, even making for quite a romantically obscure canvas for the tale to unfold upon. Cinematographer Bet Rourich captures a picturesque quality in the setting, regardless of how unlikely Joanne’s presence is there

One of Songbird’s strongest assets is its failure to take itself too seriously. A subtlety intelligent performance from Smulders and gusto from the rest of the cast ensure that this is an enjoyable watch, however unconvincing the romance at the heart of the piece is.