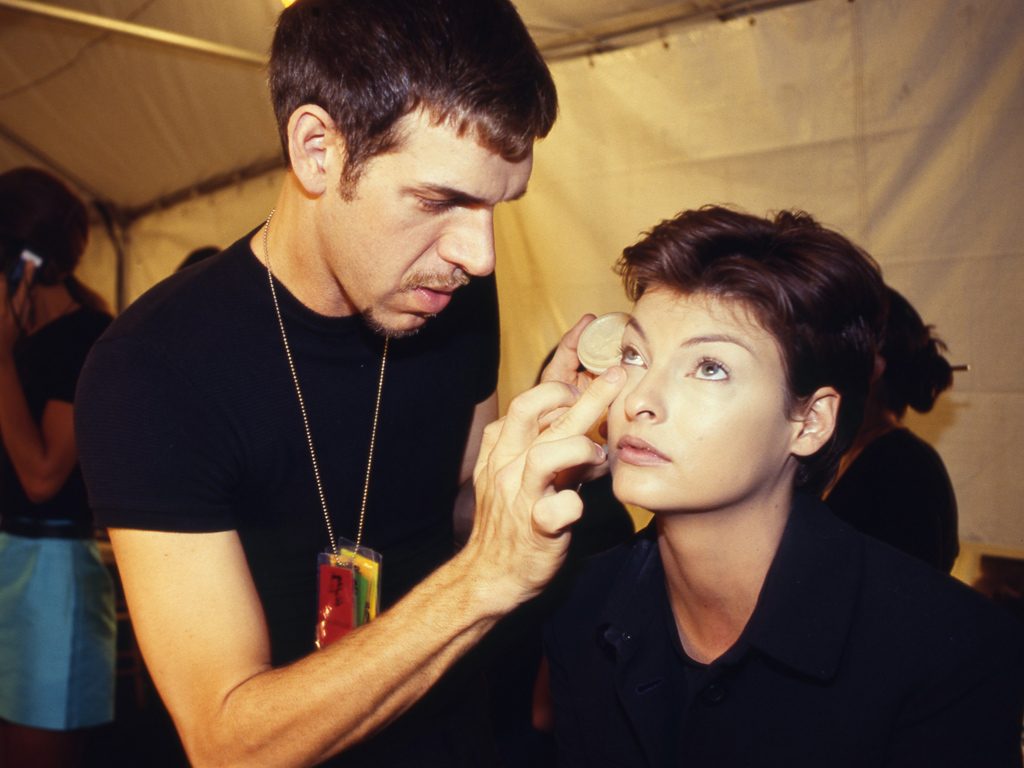 Tiffany Bartok directs Larger Than Life: The Kevyn Aucoin Story, a comprehensive glimpse into the life of the A-list American make-up artist. Packed with contributions Linda Evangelista, Cindy Crawford, Kate Moss and Naomi Campbell, Larger Than Life gives a insight into Aucoin’s talent and personality, whilst dipping into the nostalgia of the eighties and nineties fashion world.

Bartok leaves no stone unturned in this insightful documentary that opens exploring Aucoin’s adoption into an open-minded Louisiana family – with contributions from surviving adopted siblings – and discusses Aucoin’s issues with homophobic bullying from an early age. Setting up Aucoin as ever the outsider, Bartok also taps into what was special about Aucoin through in depth interviews with friends and family members – as well as Aucoin’s short films, early make-up attempts and home videos.

Larger Than Life captures this rise to the top when Aucoin began working for Vogue in the 1980s in which Bartok conveys Aucoin’s sense of precision and expected standards of perfection. Video footage from these shoots and interviews with the models that defined eighties fashion capture the artist’s passion and genius, whilst also sharing some amusing titbits. Bartok spends significant time exploring why Aucoin was a game-changer in terms of style – skinny eyebrows, large eyelashes etc. We also get some sense of Aucoin’s personal struggles which run parallel with his rise to the top (eighties glamour) and subsequent fall (coping with scruffy nineties grunge) and artistic rebirth working for A-list film and music stars for videos and red carpet events.

Yet the real investment in this piece comes from Aucoin’s very human struggles – coping with being adopted and his subsequent problematic relationship with his birth parents, general health issues, fears of abandonment, and battles with addiction – give us some exposure to the challenges faced by the make-up artist. Insightful contributions from the likes of Cher, Isabella Rossellini, Aucoin’s nieces, and partner Jeremy Antunes reveal the full extent of Aucoin’s addiction and explore the tragic decline of the artist.

However, underneath these issues Bartok reveals the generous, devoted and fun-loving soul that Aucoin was. Larger Than Life is a celebration with a hint of tragedy – and the latter of these is perfectly encapsulated in a devastating contribution from Tori Amos who notes that Aucoin, the man who was there for everyone, had no one there for him in his final moments. Whilst contributions from Aucoin’s nieces and partner suggest otherwise, one can’t help but feel an emotional sting in Amos’s heartfelt contribution in the film’s closing chapter exploring this late genius’s legacy.