The Puppet Master horror series has become one of the most productive of the horror genre steadily releasing thirteen entries since its 1989 debut.Whilst B-movie (Z-movie?) auteur Charles Band has been at the helm of most of these entries, the latest entry into the series, Puppet Master: The Littlest Reich gets some fresh blood in the form of new writer S. Craig Zahler (behind high profile genre outing Bone Tomahawk) and Swedish filmmakers Sonny Laguna & Tommy Wiklund. Series fans shouldn’t worry, Band is still on production duties. Here’s the official synopsis for the soft reboot…

Recently divorced and reeling, Edgar returns to his childhood home to regroup his life. When Edgar finds a nefarious looking puppet in his deceased brother’s room, he decides to sell the doll for some quick cash. Girl-next-door Ashley and and comic book pal Markowitz join Edgar for a doomed road trip to an auction at a convention celebrating the 30th Anniversary of the infamous Toulon Murders. All hell breaks loose when a strange force animates the puppets at the convention, setting them on a bloody killing spree that’s motivated by an evil as old as time.

With a cast that includes Michael Paré, Thomas Lennon, Udo Kier and Barbara Crampton there will be much to enjoy for B-Movie aficionados. The Littlest Reich is in limited theatres and on Digital HD and VOD platforms August 17, 2018. Check out the trailer below. A physical release will follow in September. 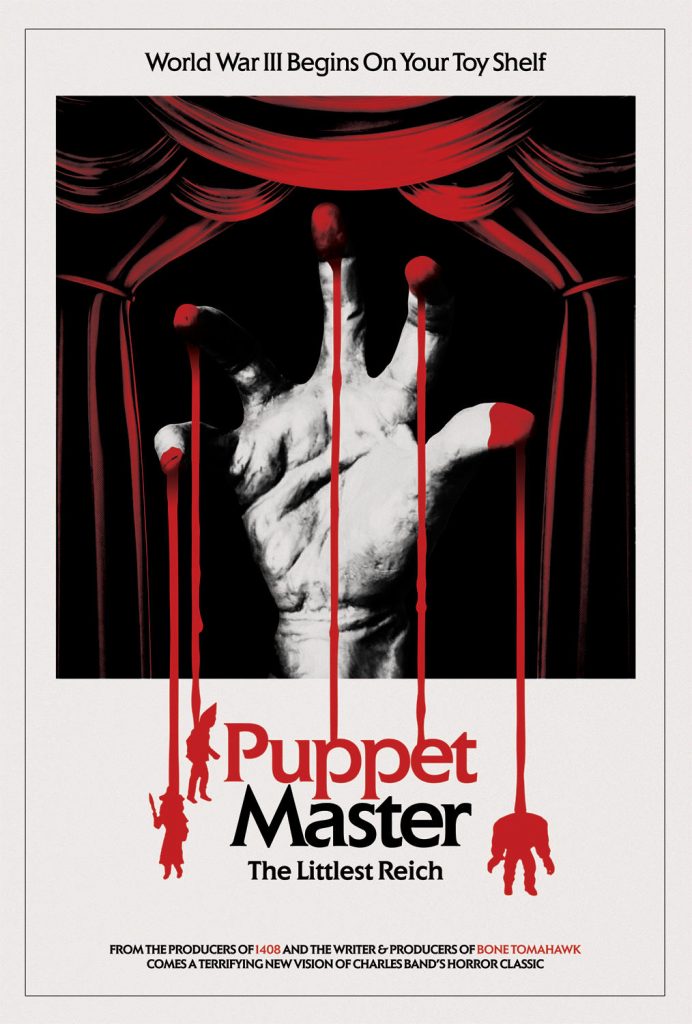