One of my all time favourite types of movies are little-known horror films that star big Hollywood stars. These trashy little films that were possibly for that nice beach house in the Caribbean, sure know one’s going to know about them… until now. Several Hollywood legends that aren’t associated with the genre were involved in these star-driven horrors to simply make a quick bit of money. Here are some of my favourites

Audrey Hepburn in Wait Until Dark (1967)

An earlier example of the ‘blind girl in terror’ film is the Audrey Hepburn star vehicle, Wait Until Dark where a blind woman (Hepburn) is terrorized by three thugs who believe she has drugs in her apartment. In an almost Hitchcockian fashion, the cinema lights were switched off one by one as each light on screen is shattered, plunging the cinema into complete darkness. A great little trick for a very chilling film. 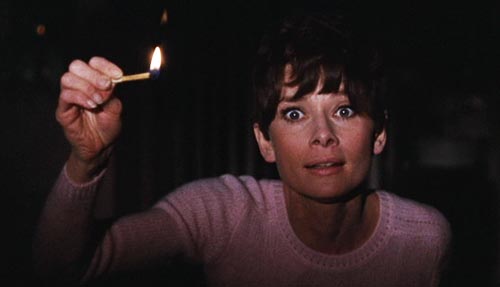 ‘The blind girl in terror’ film has been done a fair few times but the stand out for me is So No Evil AKA Blind Terror starring Mia Farrow. She stars as a young blind woman staying with her relatives in the English countryside, unbeknownst to her they are murdered by a psychotic killer. Soon a tense cat and mouse chase  arises and this is truly edge of your seat filmmaking, Farrow completely shines. 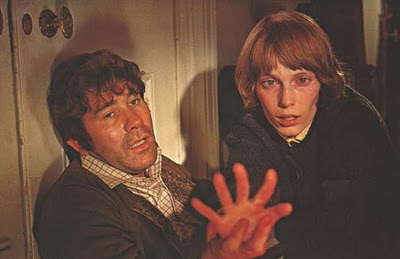 Orson Welles commands the screen in this 1972 horror (also titled Rosemary’s Disciples) about a witch’s coven with hopes of raising a child from the dead. Welles seems as if he’s having fun, and I certainly had fun watching this bizarre 70s gem. 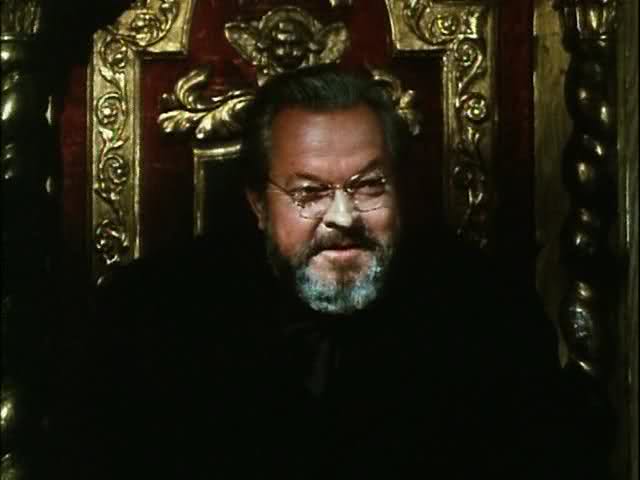 Towards the end of her career, Taylor took on some very interesting projects. The first, Night Watch sees her as a wealthy widow suffering from a nervous breakdown, who witnesses a murder. The tension built in this is phenomenal and it contains some incredibly chilling moments – it’s a crime that it’s not on DVD. The latter, Identikit is an adaptation of Muriel Spark’s novel The Driver’s Seat about a plain woman, who sets out to find the right man to murder her. It’s an incredible novel and an interesting film adaptation. 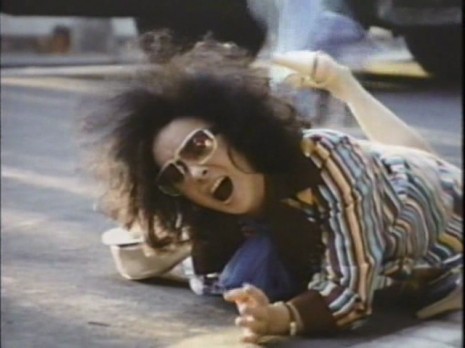 Borgnine stars as the leader of a Satanic cult who anger William Shatner, a force more powerful than their Lord Satan. It’s hugely silly but has the occasional chill, despite dating pretty badly. 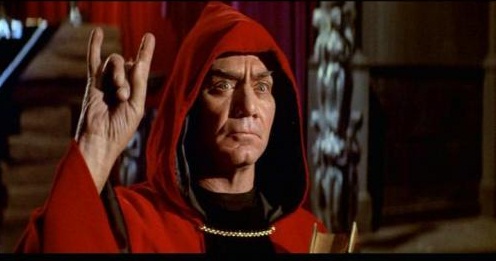 Richard Widmark in To The Devil  A Daughter (1976)
The last of the Hammer Horror films was disowned by writer Dennis Wheatley and stars Christopher Lee and Richard Widmark. It follows an ocult novelist who fights to save a young girl from a group of satanists. It’s one of my all time favourite Hammer films and the inclusion of Widmark is a nice addition, however, he reportedly hated working on the movie and thought it was a piece of trash. 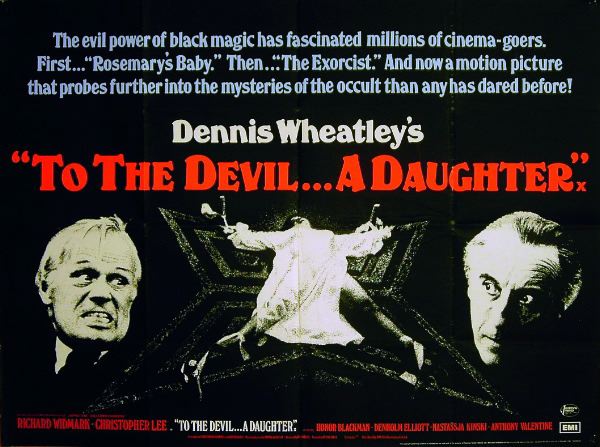 I couldn’t decided which of these would be better to include but they’re all completely ridiculous and hugely entertaining. Tales From The Crypt, a part of Amicus’s all star anthology horror films sees Joan star in a segment where a woman is terrorized by a escaped mental patient dressed as Santa Clause. It’s up on Youtube and I guarantee you will not regret watching it. Possibly even more ridiculous is I Don’t Want To Be Born, a shameless British rip-off of Rosemary’s Baby. But does Polanski’s masterpiece feature flash-cut scenes of a dwarf sitting menacingly in a crib? I think not. Does Rosemary’s Baby feature Joan Collins at the height of her sexiness? It’s hugely entertaining and incredibly sleazy British horror. Finally, if Joan’s ventures into the horror genre could not get any more embarrassing, she stars as a travel agent terrorized by giant ants. It’s so bad, that it’s possibly the finest way to spend a spare 90 minutes. 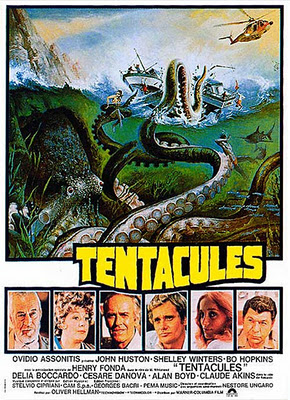 Jaws rip-off where a town is besieged by a giant octopus after a nasty businessman (Henry Fonda) disturbs it’s underwater home. A patrol made up of the unlikeliest stars Shelley Winters and John Huston is sent out to see with some Killer Whales to repair the situation. My God, I miss 1970s films! There’s also an incredibly dodgy score that adds to the film’s magical charm!

Kirk Douglas in Holocaust 2000 (1977)
Kirk Douglas went through a spell of dodgy sci-fi/horror films in the 1970s and 1980s (all of which are mentioned here) but my favourite has to be the Italian-based Omen rip off, Holocaust 2000. It’s genuinely so bad it’s good. 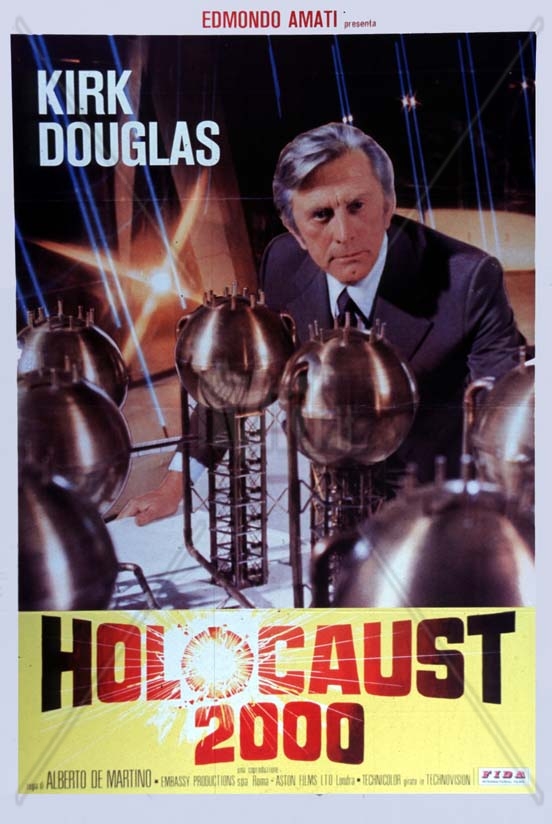 Richard Burton in The Exorcist II: The Heretic (1977)
I’m one of the few that enjoy The Exorcist II: The Heretic. It’s not on the same level as the first but I found it an incredibly fun watch and the presence of Richard Burton makes this completely watchable. There’s rumored to be a 3 hour long original cut of the film, so a large part of this film ended up on the cutting room floor – who knows how much better it may have been. 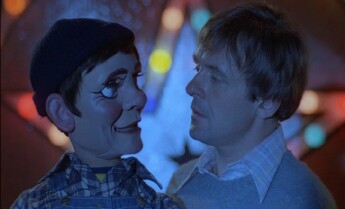 Lauren Bacall in The Fan (1981)
This is without question one of my all time favourite movies. Lauren Bacall stars as a film star, embarking on a huge Broadway show  whilst being pestered by a deadly obsessed fan (Michael Biehn). We get to see Bacall embark on some hilariously bad musical numbers, in what looks like the worst broadway show of all time. There’s also fellow screen legends James Garner and Maureen Stapleton. Bacall has since disowned the film but it’s campy, trashy horror fun. 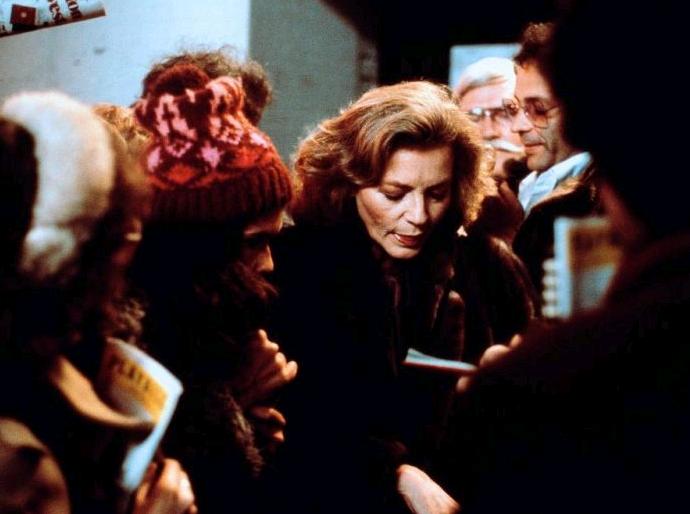 Charlton Heston in Mother Lode (1982)
Charlton Heston was incredibly proud of his Scottish roots and what better way to show them off than by playing a psychotic Scottish gold miner living in the wilderness of British Colbumbia? Heston hams it up like I’ve never seen before and is clearly enjoying himself, he even directed the film yet omitted any mention of it in his autobiography. I’ve had a quick look around for Heston’s thoughts about the film yet can’t find anything – let’s just presume he loved it.