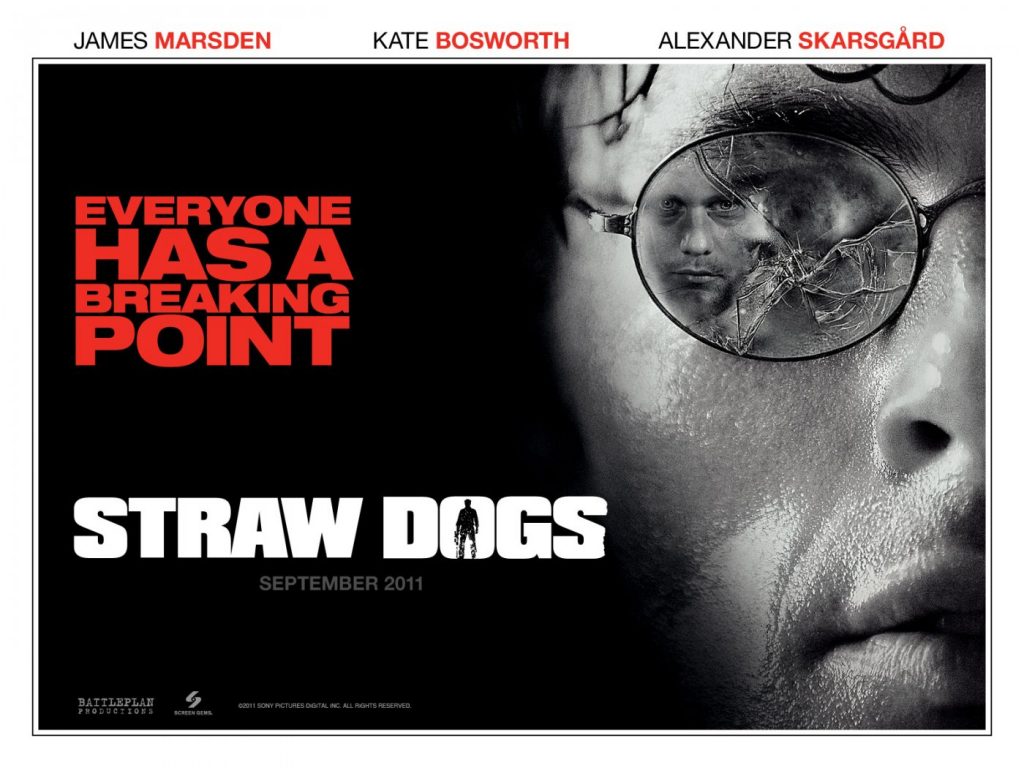 Sam Peckinpah’s 1971 controversial classic, Straw Dogs has become the latest film to get a Hollywood remake. Here we see, a Hollywood screenwriter (James Marsden) and actress wife (Kate Bosworth) relocating to the Deep South, where tensions between the couple and the town’s residents are pushed to breaking point. Rob Lurie’s version changes very little from Peckinpah’s original, mainly  the setting of Cornwall which is now the American deep South and Dustin Hoffman’s mathematician character has been changed to a Hollywood screenwriter.

I’m glad for the remake as its sure to generate interest in Peckinpah’s original, Straw Dogs for a whole new audience – it always struck me as a film that was greatly overlooked due to the controversy it generated. Forty years later and the same scenes recreated feel far less controversial (given how cinematic boundaries have changed) and slightly less powerful. Rob Lurie clearly turns up the violence in this remake and at points manages shock the audience, albeit the infamous rape scene feels far more toned down than the original. Lurie’s direction is solid and he uses a lot of effective symbolism, such as a scene where Marsden’s writer goes hunting and is faced with killing a dear which parallels his character’s moral transition. Like the original the story is still shows how far someone is willing to be pushed until they snap, as well as touching on other themes like the questioning of traditional male values and battle between the social classes. 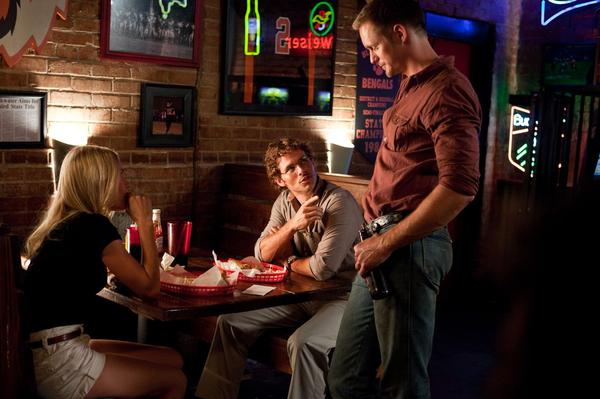 The cast are reasonably strong although it’s difficult not to be conflicted by the character’s original portrayals. James Marsden is convincing as the pacifist pushed to the edge and he and Bosworth do well at portraying the tension developing between the couple. Alexander Skasrgard also brings a lot of screen presence to the role of Charlie (the chief ‘straw dog’) and the character feels slightly more developed than the original. I was also struck by James Woods’ energetic performance as the drunk, intolerant football coach, particularly in the film’s climax.
Whilst the end of the film keeps the mayhem of the original and same built up gripping tension, this remake doesn’t feel as powerful or thought provoking as Peckinpah’s. Lurie’s remake is a competent update of the original, and as remakes go, is fairly impressive but I was left asking was it really necessary to medal with another classic.
Originally posted on The People’s Movies