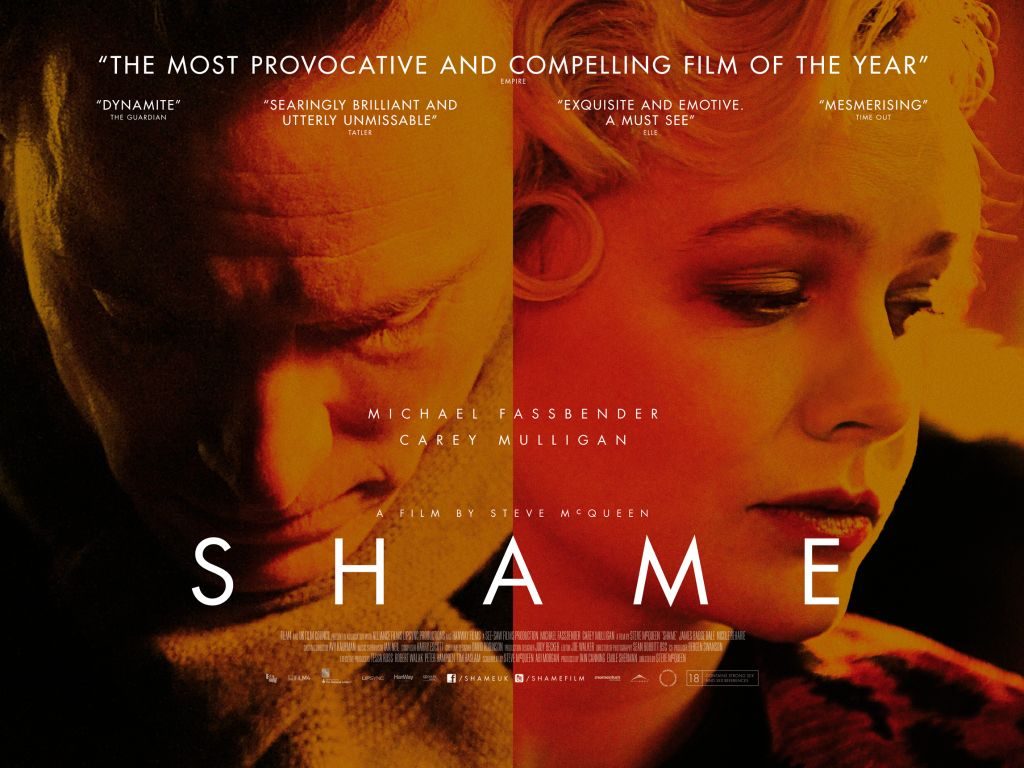 Steve McQueen’s Shame is a stark, no holds barred look at addiction that has proven to be one of the most thought provoking pictures of the year. Michael Fassbender stars as a seemingly normal New Yorker, Brandon, however under the surface, his life is dominated by crippling sex addiction. The arrival of his sister Cissy (Carey Mulligan) who moves into his apartment, reignites memories of a painful past.

Shame is a brutal, character study and at points, a difficult watch through McQueen’s exploration of themes of isolation, addiction and self-destruction. Sex addiction is a subject that rarely receives such treatment when compared to alcoholism or drugs and McQueen’s film shows that it should be regarded as seriously as these other addictions – Brandon’s life is being destroyed by this primal obsession with sex. Abi Morgan and McQueen’s screenplay does not make us question Brandon, but instead we empathise with him – we feel his torment and suffering. This is also aided by an acting master class from Michael Fassbender. The actor brings an intense ferociousness to the role showing us the full extent of Brandon’s self-loathing.

Brandon’s self-loathing is furthered by the arrival of his sister: both Cissy and Brandon are isolated and as Cissy puts it ‘We’re not bad people. We just come from a bad place’. Their relationship is broken and at points completely tragic. Cissy seeks a connection – everyone she calls ignores her cries for help, meanwhile Brandon wants to disconnect from her. Carey Mulligan is truly faultless and like Fassbender’s Brandon we truly empathise with her character – we see she’s attempted suicide several times, as well as being the centre of countless bad relationships, and in turn we feel for her.

Given the heavy sexual content of McQueen’s film, the director does well not to turn this into a sleazy, softcore feast of flesh – the sex that is shown is difficult to watch as we know it is destroying Brandon. This nudity is not there to entice but to dehumanise the characters, breaking them down to their primal states. Like all looks at addiction, we see an attempted escape from its vice-like grip, this comes in the form of Brandon destroying all his pornography, his laptop and sex toys , followed by a disastrous attempt to forge a normal romantic relationship with a colleague. This perseverance and eventual failure draws us closer to Brandon – he’s trying to fix his life but remains crushed under his addiction.

Steve McQueen’s direction is generally very powerful from striking shots of Brandon roaming his bare apartment to a tracking shot of Brandon jogging through the streets of New York at night. His style of direction connects us to these characters, despite the fact they are most likely very different to the sort of people we would meet in our everyday lives. McQueen’s minimalist style captures the bareness of Brandon’s life from his exploration of the character’s near-empty apartment to similar emptiness of New York’s streets. Morgan and McQueen’s limited use of dialogue is also powerful, allowing Fassbender and Mulligan’s physical performances to captivate whilst also capturing the lack of connection between the brother and sister.

Unfortunately, McQueen does have a tendency to dwell too long on some moments throughout Shame; for instance, when Cissy sings a broken down version of New York, New York – whilst this is useful for paralleling the failure of the brother and sister, this point could have been made in half of the time.

Overall, Steve McQueen’s Shame is an exceptionally powerful look at sex addiction. The director’s stark and minimalist approach combined with a ferocious performance from Michael Fassbender and a haunting turn from Carey Mulligan, makes Shame one of the most striking, thought-provoking films of the year.