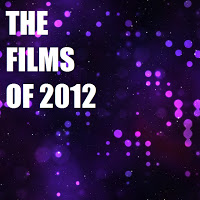 I did one of these at the end of 2010 last year and 50% of the films turned out to be rather crap. Let’s hope my picks for 2012 have been of a slightly higher standard:

Why? Madonna is a genius, well musically speaking anyway, and her ventures into the film world have a wonderful trashy value. But W.E. looks like a genuine attempt to break away from this image and I have a feeling I’m going to love it regardless whether it’s a touching and heartfelt historical drama or just a big shiny Madge flop. I wonder if they’re be a recreation of Madonna & Willem Dafoe’s bathtub-candlewax scene from Body of Evidence with Edward & Mrs Simpson? 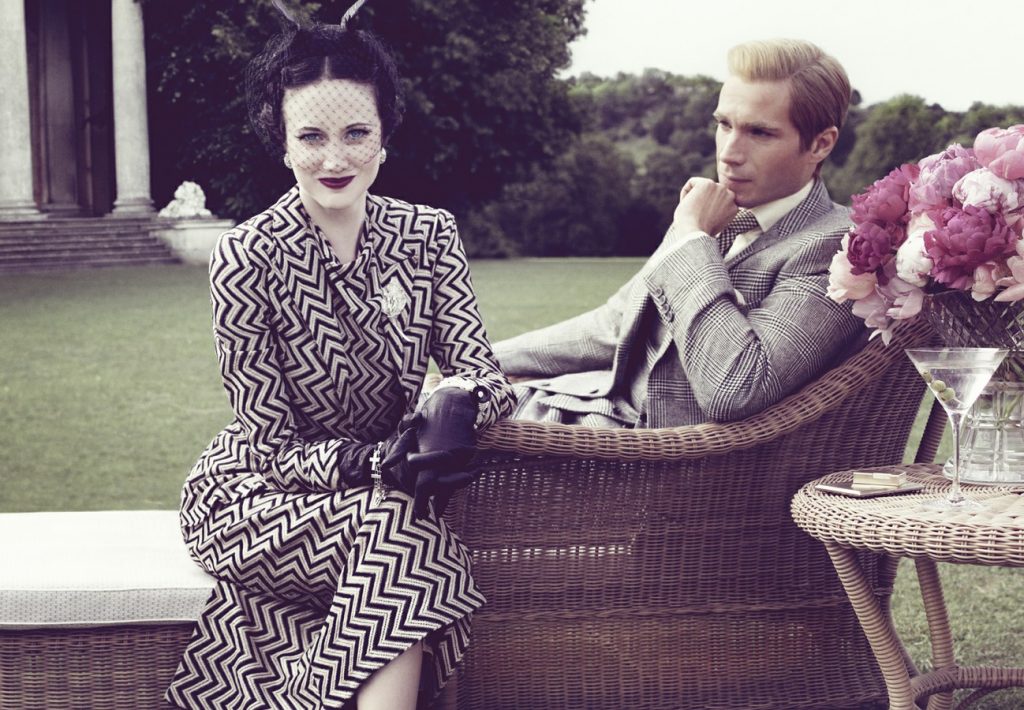 Why? I was getting emotional just watching the trailer. This looks like a truly remarkable and brave performance from Glenn Close (who’s been missing from the big screen in quite some time), as well as interesting supporting cast. The concept alone is fascinating and this looks set to be a powerful watch. 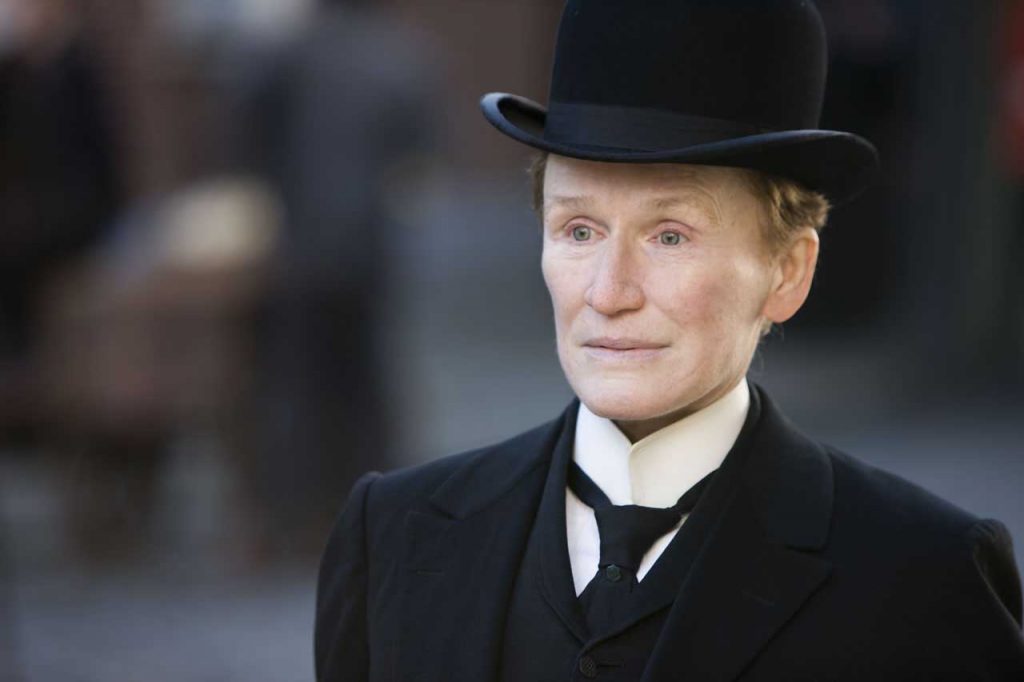 Why? I’ve been waiting for this film for over 5 years now and it has been plagued by constant delays and set-backs. Hardy’s novel, Cowboys For Christ, on which this is based, it’s a wonderful trip back to Wicker Man territory in this tale of American missionaries in a Scottish pagan community. 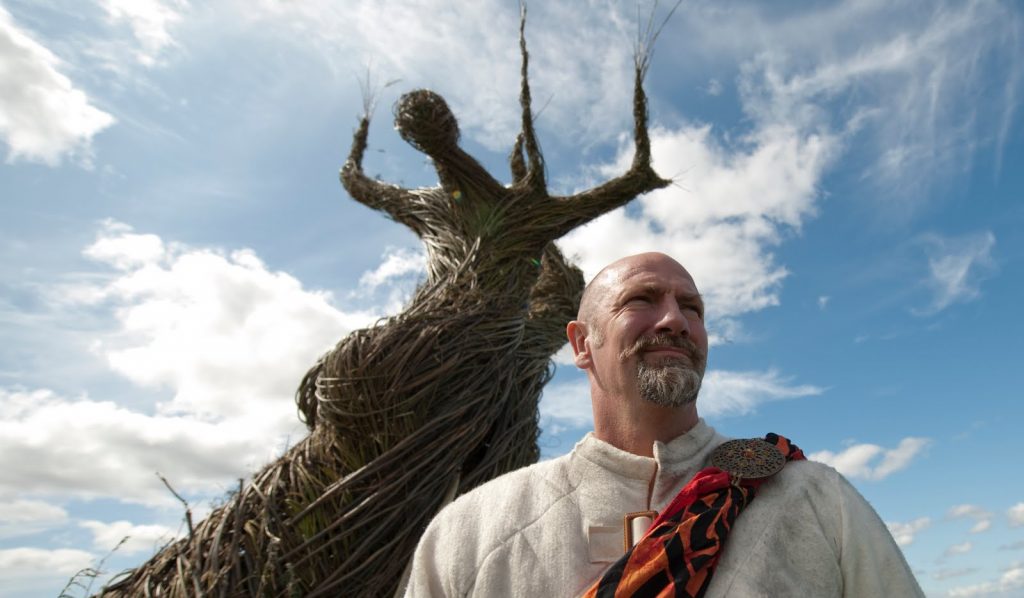 Why? Polanski’s work has never declined in quality, in my opinion and his latest feature looks like a wonderful comedy with a stellar cast. I’m sure you can expect some magnificent dialogue, direction and performances. 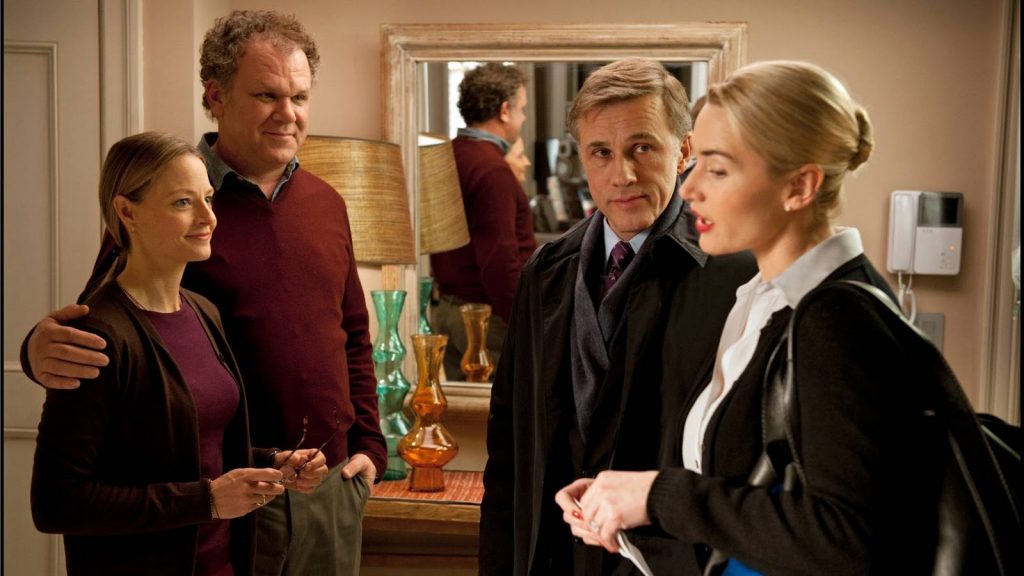 Why? This looks set to be an incredibly fun popcorn flick with a young, sexy and fun cast. The inclusion of comic Goddess, Chelsea Handler makes this a must see for 2012. 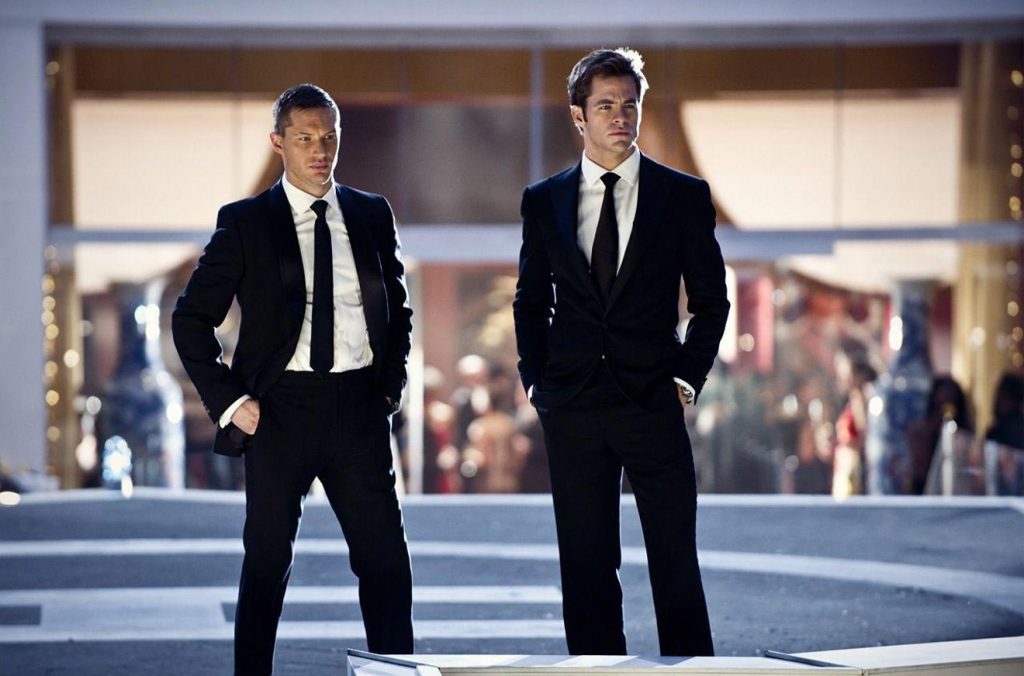 Why? This cast is to old British thesps as to what The Expendables is too action stars. This looks like a fun British comedy and is striking parallels with the excellent A Bunch Of Amateurs, which was released a couple of years back. 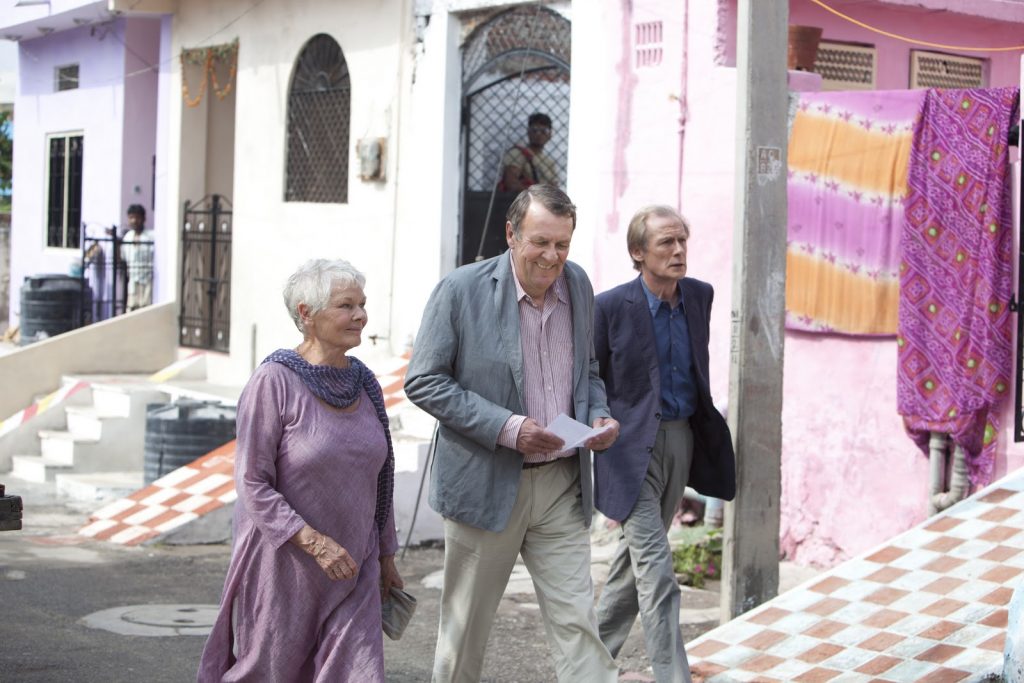 Why? Contraband looks like a highly entertaining action thriller and it will be nice to see Mark Wahlberg back in the tough guy role. 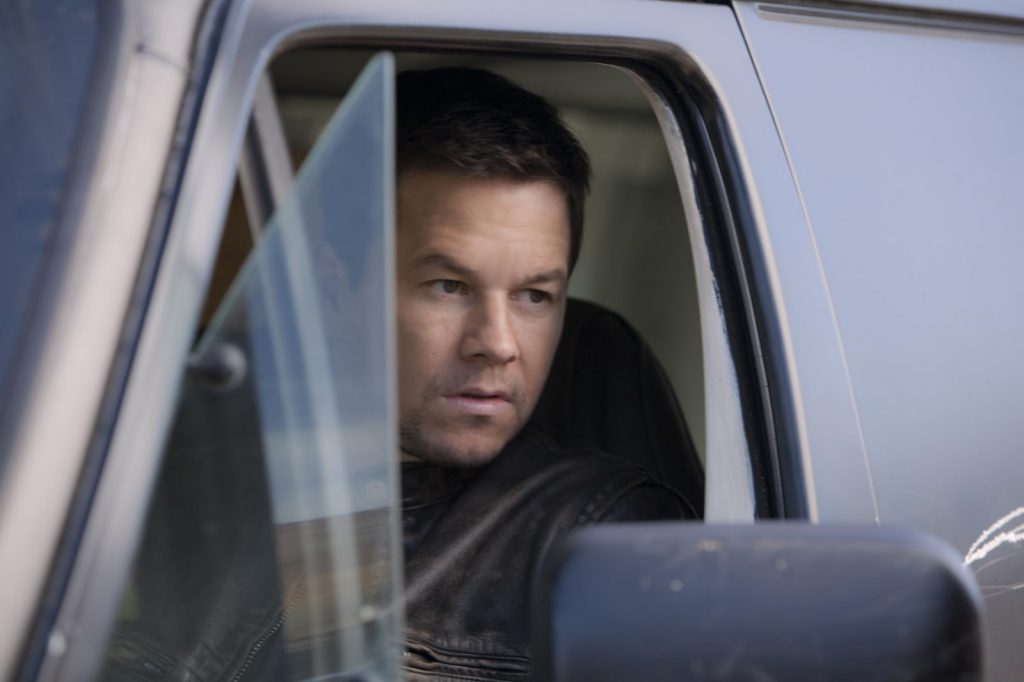 Why? This charming little independent movie takes a look at the world of art forgery and stars screen Goddess Lauren Bacall. 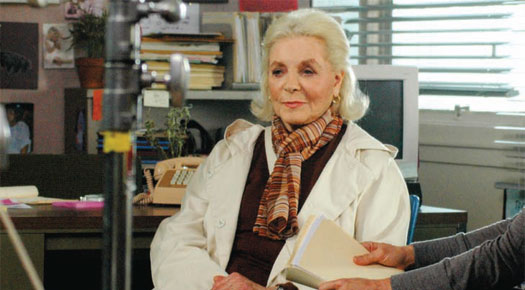 Why? Gary Busey + David Hasselhoff + Water Park + Piranhas = Gold. This sounds like such a mess of a film and if it’s anything like the first it will be absolutely great fun. 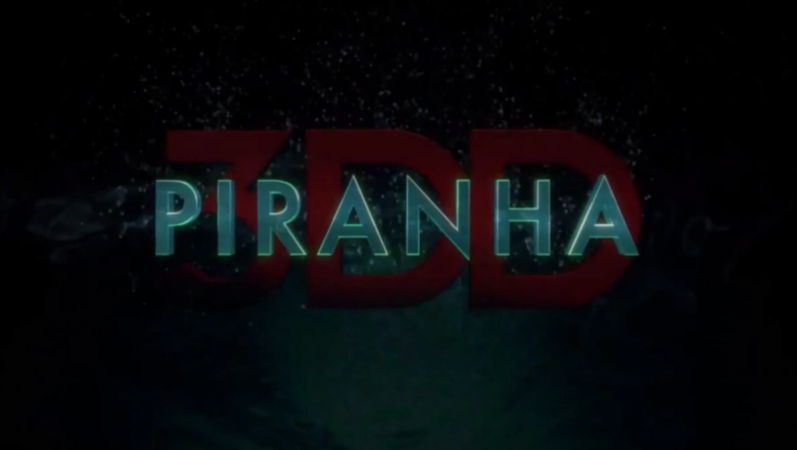 Why? It’s not often you see a modern gangster film that blows you away but with both Andrew Dominik and Brad Pitt involved, I have very high hopes for this one. 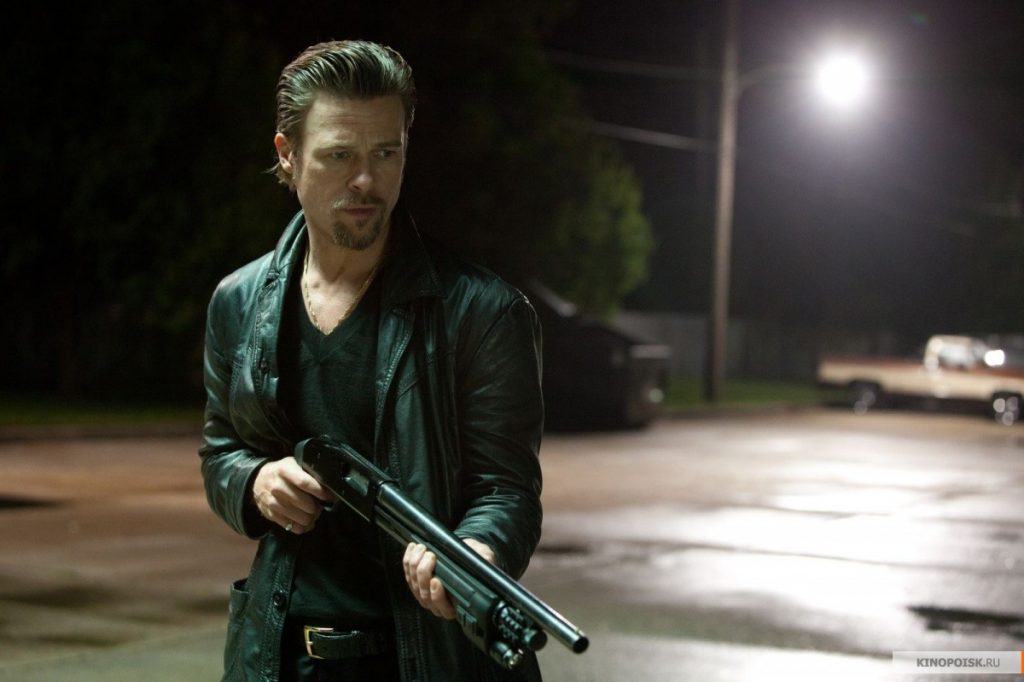 Why? Judging by the poster and trailer, The Cabin In The Woods looks incredibly creepy R- Rated horror and dare I say it? An original idea.

Why? Zac Efron has proven himself to be a talented young actor in recent years and this looks like the perfect vehicle to further showcase his talents. And that wasn’t sarcastic. 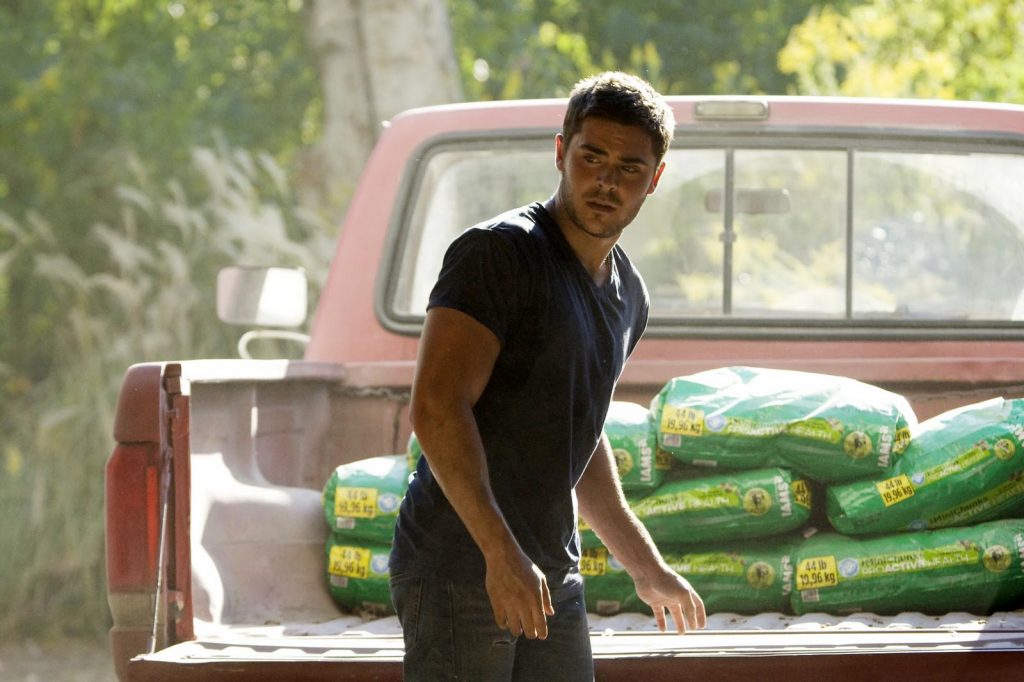 Why? The story of Phil Spector is an intriguing one. I’ve been fascinated by the man ever since reading about an encounter he had with musical Goddess, La Toya Jackson, where she was locked in a drawing room and he spied on her through eye holes cut out of paintings. He would occasionally appear in the room speaking in various accents , and on the fifth time asked her if she wanted a stay in the Bates Motel. Anyone, I’m getting off-topic! If there’s an actor who could play the deranged genius then it’s Pacino and judging by his previous foray into miniseries with Angels in America, I have high hopes for this. 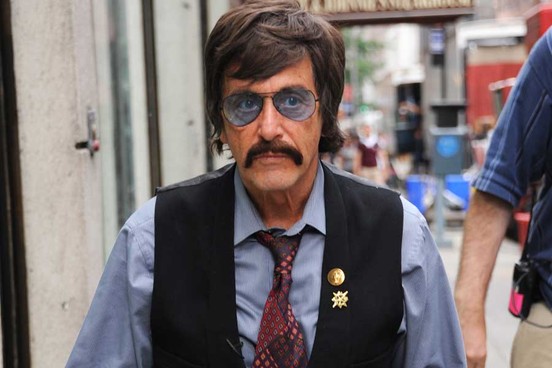 Why? Jack Keruoac’s novel is a thing of beauty, encompassing the time of the beat generation. With the incredibly talented Garrett Hedlund taking the role of Dean, I can’t wait to see the end result. 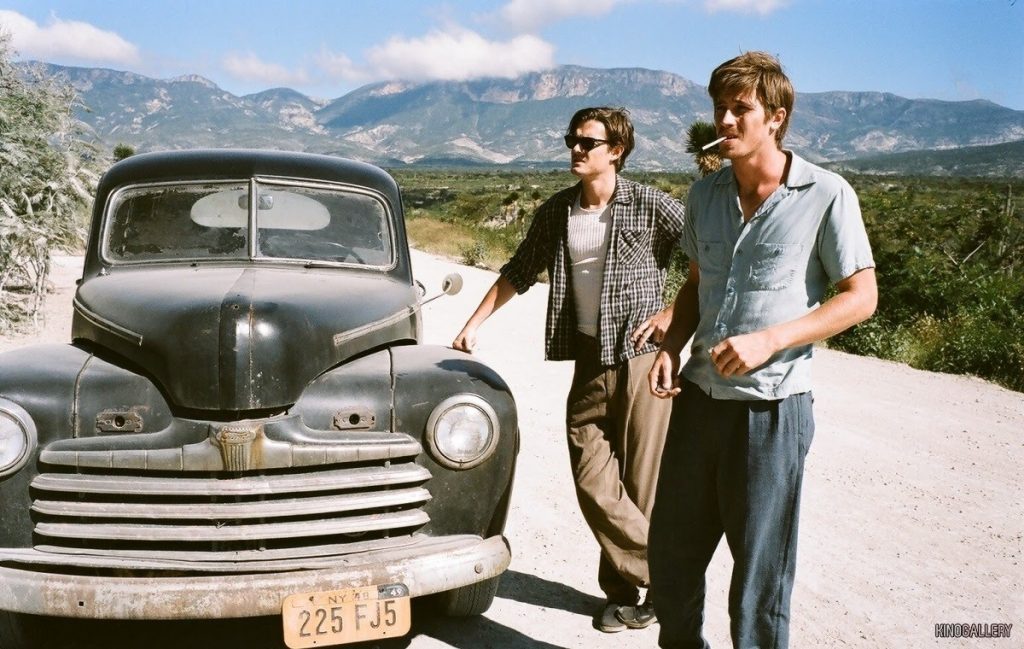 
Why? Hopefully this will be a male equivalent to the genre defininig Showgirls and Striptease. I’m expecting a hot mess filled with strippers. 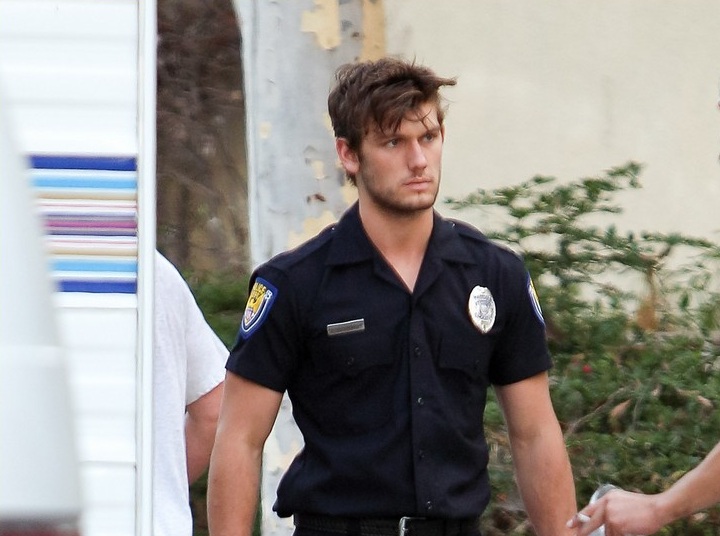 Why? Purely for that cast – JCVD, Arnie, Brucie and Chuck. I only wish Charles Bronson was alive to be featured in the cast, alongside making Death Wish 24. Although I can’t help but feel bad for Steven Seagal, he’s like the annoying kid that never gets invited to the party. 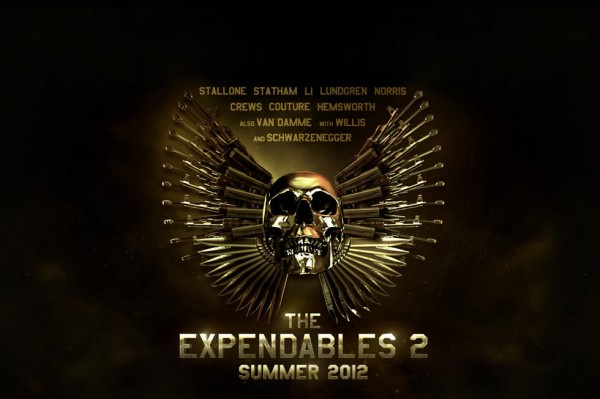 Why? Whitney is an extremely talented singer but is plain crazy, the end result of this is going to be a massive critical slating but I’m excited nonetheless. 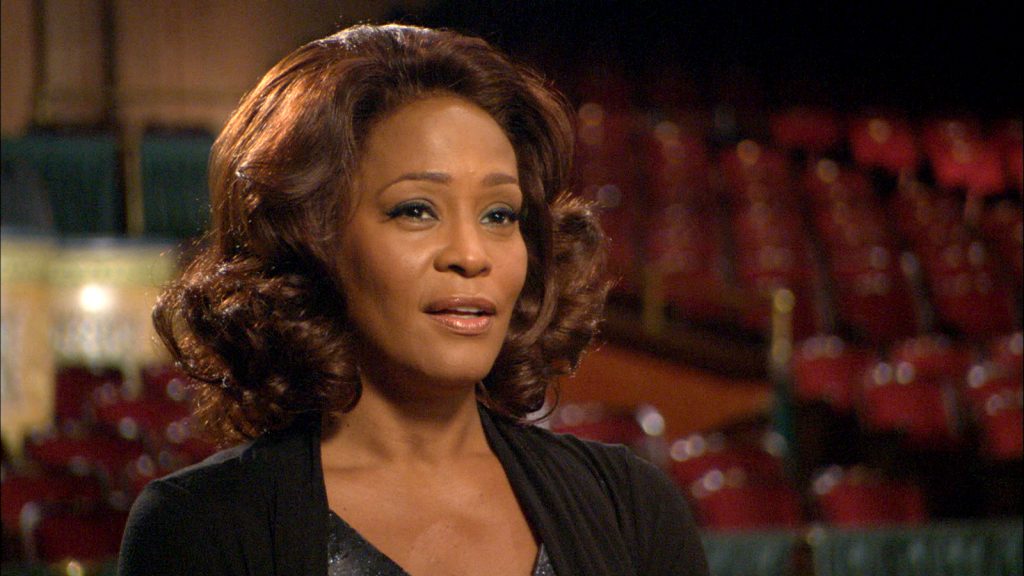 Why? Seth MacFarlane is one of the funniest men working today, so to see that he’s acting, directing and has written Ted fills me with great hope. The concept alone makes me laugh – the story of a man who’s teddy bear is brought to due to a wish. And that photo of Marky Mark as Darth Maul is genius. 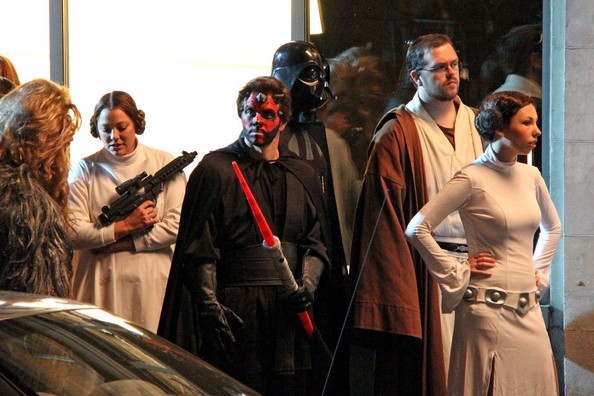 Why? The original isn’t perfect and doesn’t hold huge amounts of sentimental value to me, so I’m quite happy to see it remade. Len Wiseman impressed me with Die Hard 4.0 and has lined up an impressive cast for this remake, so all is looking fairly positive at the moment. Beckinsdale and Biel are surely two of the best female action stars working today, but where is Milla Jovovich? 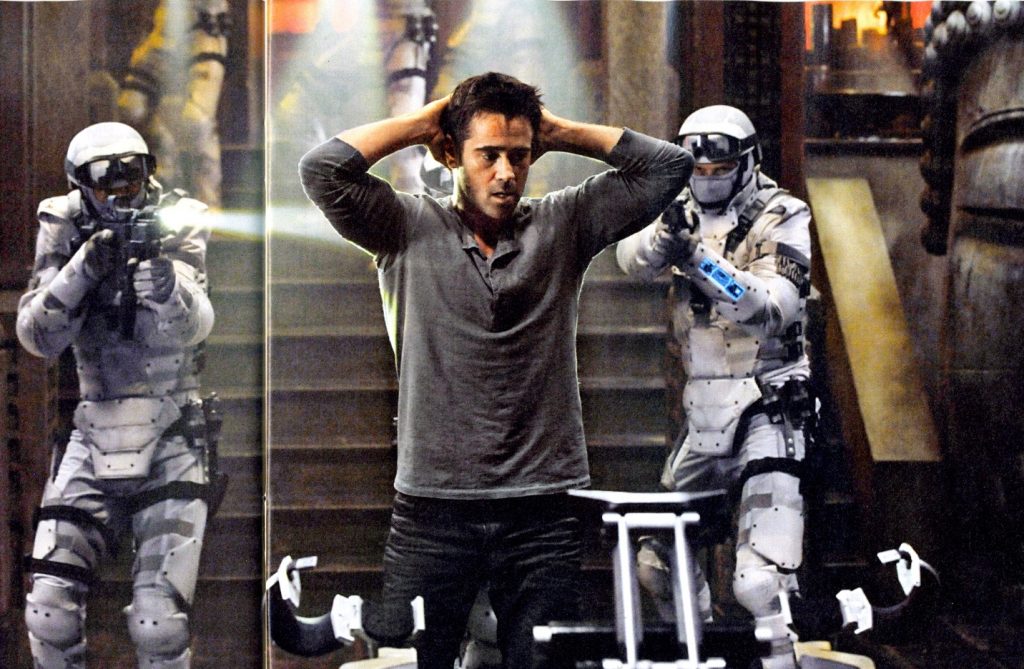 Why? I love all the Texas Chainsaw Massacre films (even The Next Generation, and the remake & prequel) but I’m immediately drawn to this as it’s a direct successor to the first. As well as that Clint Eastwood’s handsome son has taken a starring role and Tobe Hooper and Gunnar Hansen have been lined up for roles. 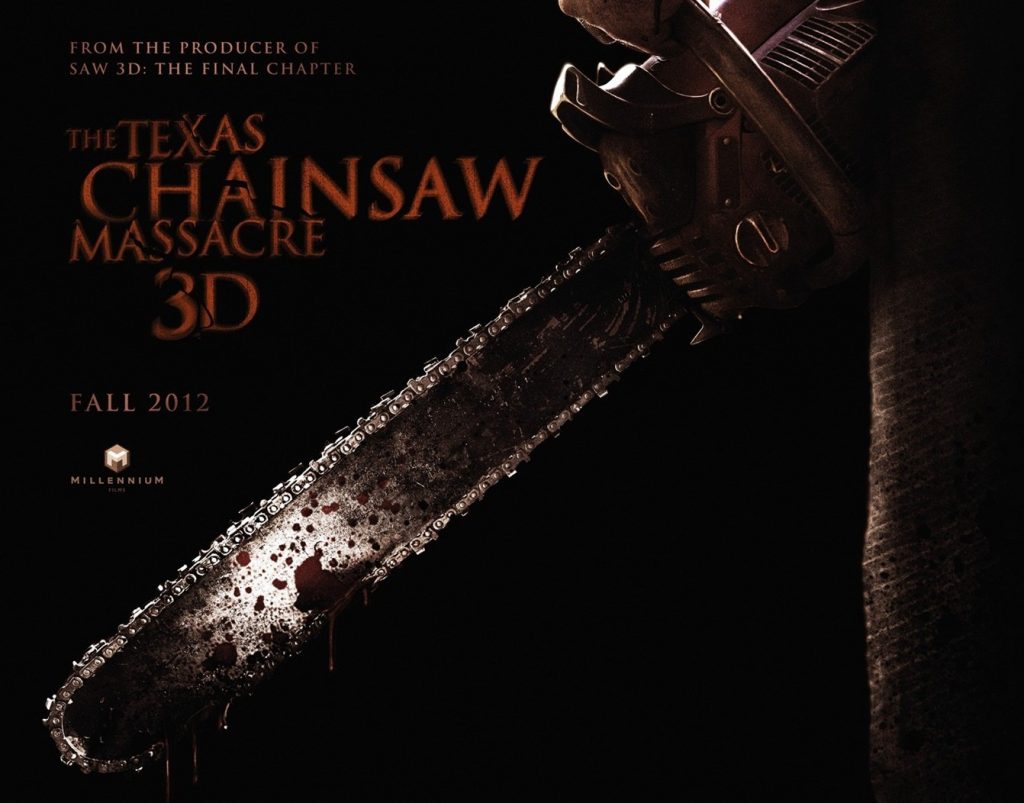 Why? Although I’ve majorly lost interest in current Bond, I’m still a Bond fan and have flutters of excitement just thinking about the latest addition to the series. As well as Skyfall, we have the 50th anniversary celebrations to look forward to in 2013, bring back Sean, George, Roger, Timothy and Piers in a Casino Royale (1967) inspired celebration, I say.

Why? There’s literally been very little progress on Halloween III and the Weinstein’s are likely to delay it. Like the TCM series, I’m a devout fan and admired Rob Zombie’s controversial takes but I’m excited to see what Patrick Lussier has up his sleeve. The casting of Tom Atkins as Loomis is a cert. 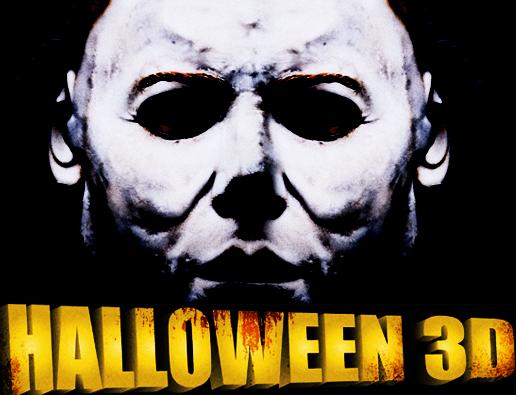 Why? Not mad on the original, but it’s an interesting concept and most likely a controversial one. 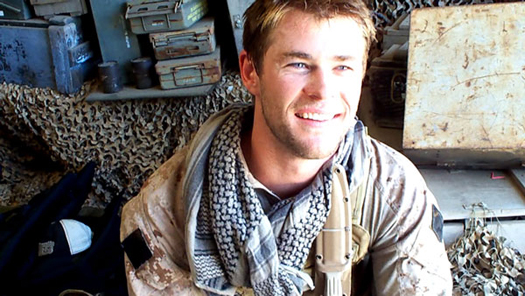 Why? Tarantino is one of the most exciting directors working and to see him tackle the spaghetti western is something I’m really looking forward to. The cast alone is exciting but he hasn’t cast Franco Nero (the star of the original Django Unchained) which seems like madness. 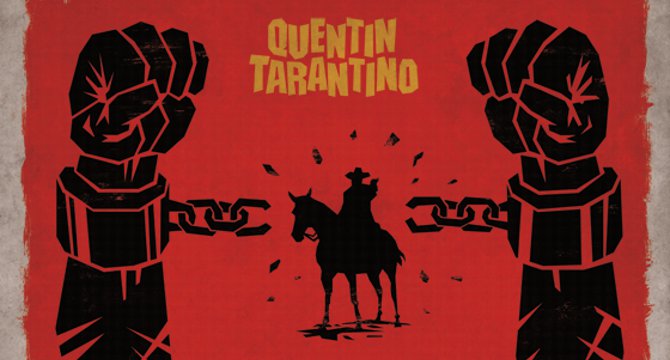