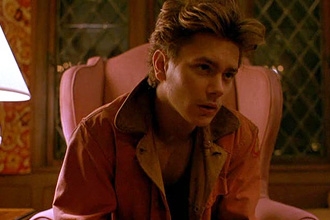 Gus Van Sant’s finest film (even over his sadly misunderstood Psycho remake – it was all Vince Vaughn’s fault!), My Own Private Idaho follows two young friends, Scott (Keanu Reeves) and Mike (River Phoenix) living as hustlers on the streets of Portland.


Prior to watching Van Sant’s film, I had never been blown away by any of Phoenix’s performance but the tragic young star is truly sublime as Mike, a young gay street hustler, suffering from narcolepsy. Phoenix brings a real vulnerability to the role, making this without question one of the core pieces of his legacy. By making Phoenix’s central character a narcoleptic, it allows Van Sant to play around with the structure of the film – fusing the dreamlike with the reality.

This dreamlike structure is also furthered by the use of a Shakespearean subplot revolving Scott following in his father’s privileged lifestyle – pieced together with elements from Henry IV, Part 1, Henry IV, Part 2, and Henry V (And some little splashes of Dicken’s Oliver Twist). My Own Private Idaho seamlessly switches from modern day speak (or sutin’) to Shakespearean English, and whilst you may lose focus on what the characters are saying, it certainly looks like good fun and allows the two young leads to embark on some witty wordplay.

I’m not going to pretend that My Own Private Idaho is a perfect film, it’s chaotically structured with an incredibly loose narrative- whether by choice or by Van San’t dreamlike approach to the story, I don’t know. Another issue is with Keanu Reeves’ Scott, who does not connect to the same level as Phoenix – Scott is a privileged, unlikable, you could even say spoilt brat that simply associates with those he does for self-amusement. 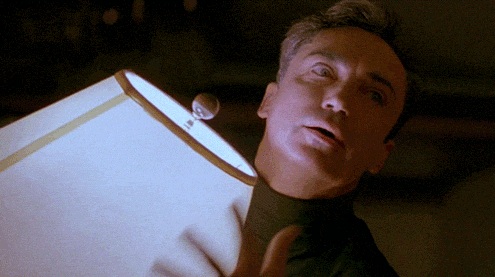 Being perfectly honest, my main reason for scribbling this post together is an excuse to talk about the film’s most underrated asset, the divine Udo Kier who plays Mr. Hans – one of the boys more ‘interesting clients’. The film reaches its peak with this terrifyingly hilarious scene of Udo performing German-techno track “Der Adler (Sitting On A Bullet)” accompanied with an interpretative dance featuring a lamp. You can watch this moment of sheer genius here. After witnessing that scene, all prior flaws that had bothered me, were swiftly swept away. All hail Udo!

My Own Private Idaho, is worthy of a watch for River Phoenix’s truly sublime performance and a chance to see Van Sant at his quirkiest. It’s dreamlike structure fused with Shakespearean elements against the little told subject of male hustlers, makes for highly original and worthwhile viewing. But if you’re as easily amused as me, the real joy of the film comes from seeing Udo Kier dancing with a lamp. 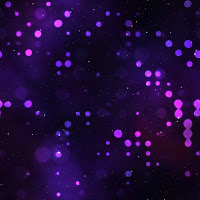