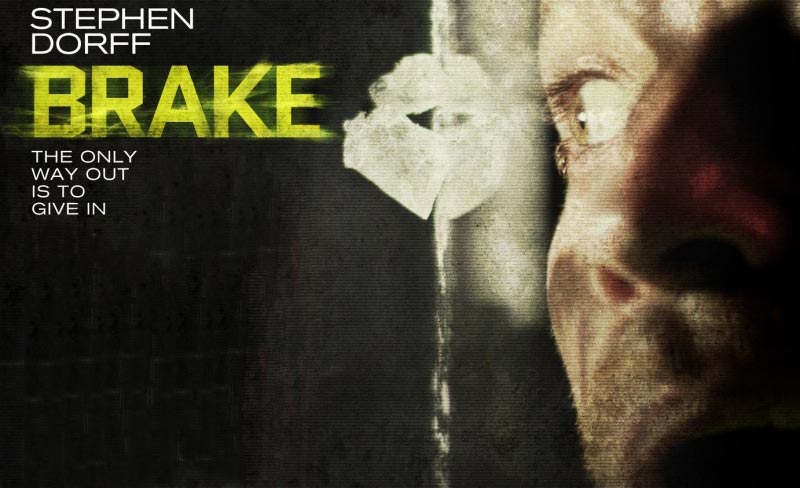 Brake follows a US Secret Service Agent, Jeremy Reins (Stephen Dorff), held captive in the boot of a car (or ‘trunk’ if you’re not British) by terrorists out to kill the President. He then endures a series of mental and physical torture, you know, the usual sort – like filling the boot with bees.

The Buried comparisons are already pouring in and quite justly. The main difference and selling point of Brake seems to be the change of location to a car and the additional Presidential assassination subplot. And why not make a similar film to Buried? It was highly successful on a low budget, making over ten times its $2m budget back. Brake even looks set to continue in a similar vein to Buried – incredibly gripping, at points difficult watch.

However similar to Buried, Brake actually is, it looks like highly entertaining action packed viewing. The various tortures Dorff’s character is set to face give the film a claustrophobic Saw type vibe. It even appears to tick all the B-Movie action cliches – his phone battery is low, they have his wife and the ‘save the President’ nonsense. As a huge supporter of Stephen Dorff, we’ll watch anything he stars in, even if he is looking sweaty, trapped in the back of a car and shouting a hell of a lot.

Regardless, Brake looks like high-octane, B-Movie style action entertainment and you can see it in limited cinemas on the 23rd of March and most like on DVD shortly after. We’ve included the trailer below for your visual delight.